Nailing this specific mix is key. 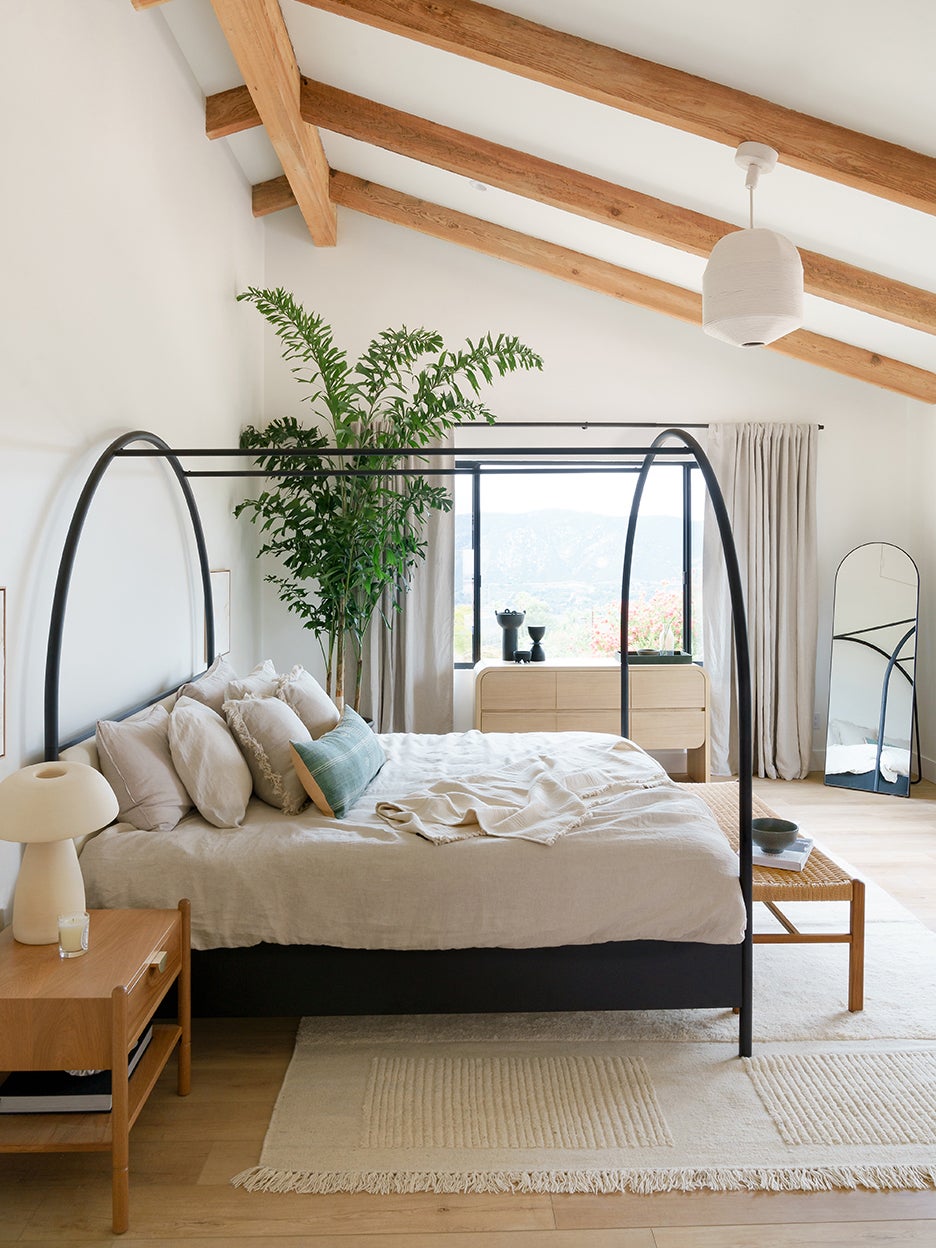 When designer Abbie Naber met her latest clients, a young couple who recently purchased their forever home in Escondido, California, they didn’t own a lick of furniture. “They weren’t attached to any items at all,” she recalls. It was an opportunity for a fresh start—the big question was, start where?

After working with Lars Remodeling, a company that helped devise a new floor plan for the home that took advantage of the views overlooking Lake Hodges and the undeveloped San Dieguito River Park, the homeowners and the designer sought to define their style. Based on where their Pinterest board began and where it ended up, they wound up gravitating toward more modern shapes and finishes than they originally expected. “There was a lot to be learned throughout the process,” says Naber. Fortunately, having to fill a 3,000-square-foot house with stuff offers plenty of opportunities for growth and reflection.

So how do you furnish an entire house, head to toe, without it coming out looking catalog-y? Naber says it’s all in the mix. While the designer sourced a handful of bigger items, like the couple’s bed frame, a score from Crate & Barrel’s collection with Leanne Ford, from large retailers, she allocated a good chunk of the budget toward one-of-a-kind art. “That doesn’t mean fine art. It can be fiber art, photography, or a collection of framed prints,” she suggests. “A room doesn’t look complete when you stop short of art.”

To avoid the serious shipping delays that have become a phenomenon during the pandemic, Naber recommends dedicating a large part of your purchases to local vendors that, unlike many major retailers, aren’t preselling items and dealing with a never-ending backlog of overseas orders. “It’s a great time to buy custom,” she says. Example A: The living room sectional, sold wholesale by a manufacturer in L.A., was one of the first things to arrive on the site. Since the couple told Naber they aren’t huge TV people, she oriented the sofa so it faces the windows. That way they can really unplug and decompress after a long day (the husband and wife both work in the medical field).

When you are dressing up a large home completely from scratch, it’s helpful to compartmentalize the process into phases. In this case, stage one involved furnishing the living room, dining room, kitchen, and bedroom. Step two consisted of the entryway, office, and guest space. And, finally, Naber tackled the second guest bedroom and outdoor patio.

Without really knowing it, through the whole thing, she went heavy on curved elements, from the Stowed Home teak counter stools to the linen closet hardware (an Etsy find) to the main bedroom mirror. “I tend to stay away from too many straight lines, as it can read a little traditional to me,” she explains.

The house, which was built in 1973, also happens to have a Spanish-slash-Mediterranean–inspired exterior, so bringing in more archways made a lot of sense for the space. Naber just modernized it by sticking to hints of brass and blond-toned wood.

Lots of curves, though, require points of contrast. In the entryway, Naber covered the wall in a geometric treatment by Kelly Wearstler. (One of the guest bedrooms also features a neutral-toned wallpaper, except the tiny floral design by Fayce Textiles makes it look more like plaster than anything else.)

Arches were also a nice complement to the main bedroom’s 14-foot-high ceiling beams. Naber brought in the large canopy bed to help fill up the giant blank wall. “I was trying to think how I could break it up without spending money on cladding or wallpaper,” she says. Sometimes the best ideas happen subconsciously.