under the tuscan sun 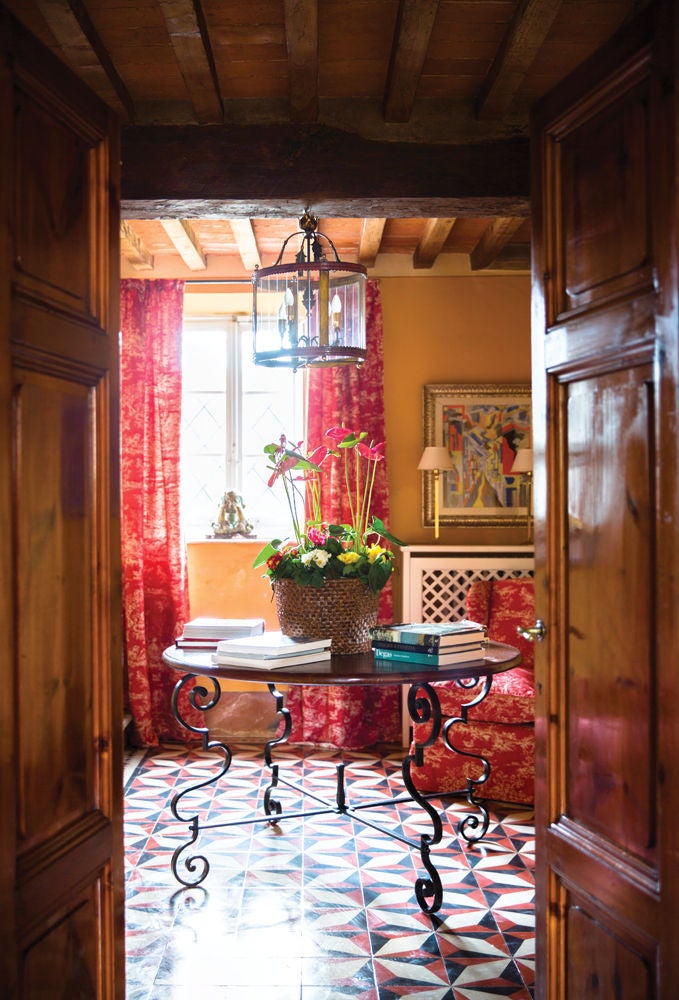 Nearly 40 years ago, Dede Pratesi moved into Villa Lunardi: a 17th-century stone manor north of Florence. She and her late husband, Athos, then head of his family’s fine linens firm, had fallen in love with the estate. At the time, the home was in a state of disrepair, with cracked walls, collapsing roofs, and damaged floors. But Dede saw opportunity amidst the ruins and devoted the next several years of her life to restoring the property, supervising projects such as the refurbishment of the house’s marble tiles and frescoes. “Tradition is everything to my mother,” says her son, Federico, current chair of the family company. “It would probably have been easiest to start fresh with the place, but that’s not her style.”

The kitchen’s hearth is original and made of pietra serena , a stone frequently used in traditional Tuscan architecture.

The elaborate frills of Dede’s draperies help to counterbalance the rustic charms of the home’s provincial architecture.

“The house feels authentic and alive,” says Federico Pratesi. “It survives and perseveres.”

A coat of sage green paint widens and brightens a narrow walkway at the Pratesi villa.

While consciously trying to preserve the villa’s architectural heritage, Dede infused the home with her family’s distinct personality. Many of the furnishings, such as Tibetan tables and Parisian rugs, were purchased during her travels with Athos. She also found particular inspiration in color, and while crafting her palette, took care to mix the past with the present, running the gamut from old-school olive greens to youthful canary yellows. “My mother always stays true to her roots,” Federico says. “And as a result, her style displays a synergy of influences that’s every bit as chic and genuine as she is.”

The clean lines of this striped bedding lend contrast to a guest room’s soft floral wallpaper.