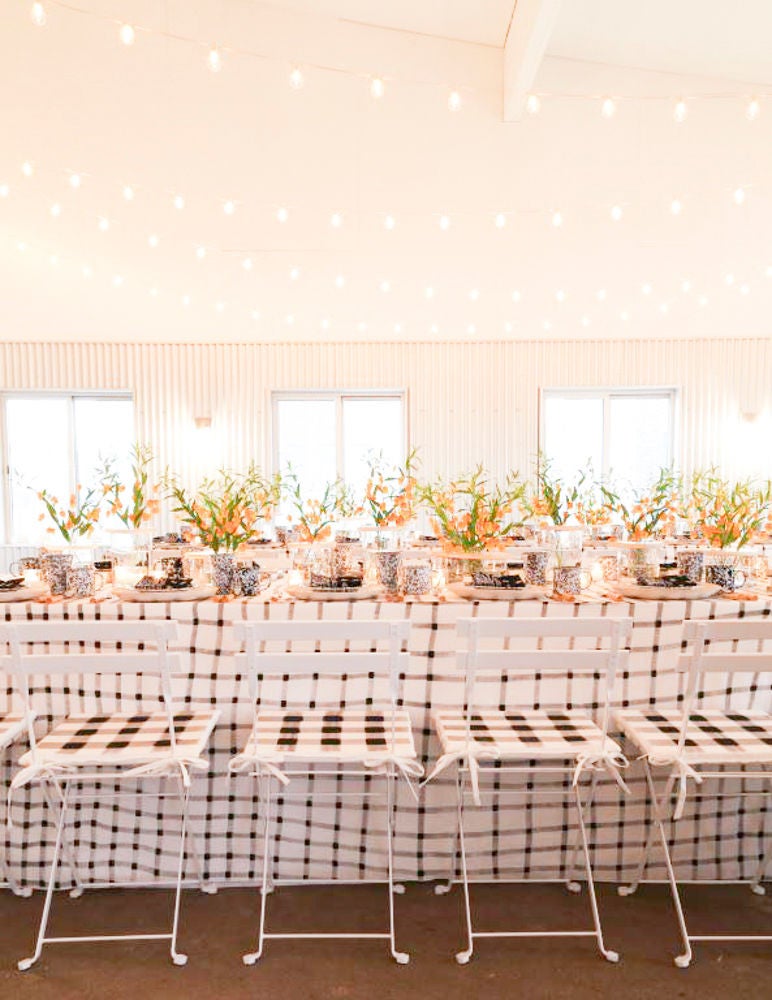 Makers, artists, and inspiring, driven creatives of all kinds never cease to amaze us, and fill our minds with possibility. We especially love diving into local communities to discover exciting events and creative connections that yield absolutely stunning results (and products!). Such is true of Culture Lab Detroit, an organization that fosters conversations and collaborations between the city of Detroit and the international design community. We chatted with Jane Schulak, Founder of Culture Lab Detroit, and David Stark, President and Creative Director of David Stark Design and Production, to find out more about Culture Lab Detroit and the inspiring pop-up event (designed by Stark), that brought together the Detroit creative community.

TELL US ABOUT CULTURE LAB DETROIT. HOW DID IT BEGIN? Design has always been my passion, and I have held a long-standing belief that culture can be the connective tissue of a community, that it can provide opportunity, conversation, partnership, and ultimately jobs. Culture Lab Detroit grew out of this passion of mine, colliding with the realization that so many exciting, place-making efforts were going on in Detroit every which way I turned. It seemed only logical to connect the dots of this community which is so vital, so inspiring, with the exciting members of other creative communities as a way to jumpstart even more cool dialogues and partnerships.

WHAT IS THE PRIMARY GOAL OF CULTURE LAB DETROIT? Culture Lab Detroit is a platform for conversation and collaboration. I identify and invite a handful of world class designers, artists and architects to come to Detroit to participate in a series of thoughtful discussions that stimulate new relationships, artistic opportunities and deeper connections between the Detroit community and an international community. Broadly, it is hoped that a cultural transformation will continue to emerge in Detroit by engaging world-class designers and local entrepreneurial talent in a meaningful working dialogues that evolve into permanent and transformative projects of design, art, architecture, and landscape architecture.

WHAT IS THE BEST RESPONSE YOU’VE RECEIVED SO FAR? The best responses I’ve received so far have been from the designers that I have invited over the last three years to participate in Culture Lab Detroit. Many of them have remained involved with Detroit in very profound ways. David Stark, the Campana brothers and Theaster Gates have all developed meaningful collaborations on the ground here as a result of their participation in Culture Lab Detroit. I’m very proud of that.

WHAT WAS YOUR FAVORITE MOMENT AT THE POP UP EVENT? Building the pop-up event with David Stark has been incredibly rewarding on all levels. The shop and our products are the first physical manifestations of Culture Lab Detroit’s theoretical goals whereby by inviting international designers to partner with local artists and businesses, we are truly harnessing the power of design to make business happen.

WHAT IS ONE THING YOU WISH EVERYONE KNEW ABOUT CULTURE LAB DETROIT? We are already starting to develop our program for 2016 which will tackle the subject of “Walls”, and we’ll be announcing the list of participants shortly. It’s exciting!

HOW DID YOU BECOME INVOLVED IN CULTURE LAB DETROIT? In Culture Lab’s very first year, I was invited by Jane Schulak to participate in the conversation/lecture series at the College for Creative Studies, to design a salon dinner for a fascinating array of creative folk from the Detroit area and beyond as well as spend some time with the very talented students at CCS, talking to them about their work and their goals. I have been hooked ever since, and have participated in each of the three years of Culture Lab Detroit programming in one form or another.

WHAT IS THE BEST PART OF BEING INVOLVED IN THIS PROJECT? I have met such a wonderful group of people that I now count as friends who are passionate about redefining what a creative community means and are thrilled to share ideas and points of view — that’s not something you find every day.

WHAT IS THE BEST REACTION YOU’VE SEEN/HEARD TO CULTURE LAB DETROIT? The talks that Culture Lab Detroit hosts do inspire the community to question and ponder what design means. What does culture means to a community that is divided still into those that have and those that don’t have? What does culture means for jobs, and what does it mean to the future of the creative community in Detroit as well as its relationship to the world at large? Sometimes these talks erupt into real philosophical discussions between the audience members and those onstage, and it’s incredible to see that design is doing just what Culture Lab knows it can do: Spark conversation. I have witnessed and been part of those heated talks, filled with passion and caring, and it’s incredible that a design conversation can elicit such response.

WHAT IS HAPPENING IN THE DETROIT CREATIVE COMMUNITY THAT OUR READERS SHOULD KNOW ABOUT? Oh, there is so much happening! People are making stuff simply because they have to! Sculpture parks emerge out of abandoned lots filled with monumental pieces created from found objects — not because there is money in it, but simply because the artistic impulse causes folks to express themselves. You can look around and see all kinds of examples of impromptu artistic expression that is art for art’s sake, but there is also organized business sprouting up everywhere. Whether that be new restaurants, stores, art happenings, flexible art spaces, green buildings — filled to the brim with a fresh, creative take that is optimistic to the core. Who doesn’t want to be around that kind of excitement?!

WHAT WAS YOUR FAVORITE DESIGN ELEMENT THAT YOU IMPLEMENTED AT THE CULTURE LAB DINNER? I’m pretty fond of the ceramic Pierced Flower Rests that we created in collaborated with Victoria Shaheen. You know, my litmus test in designing products is whether or not I want to own them personally, and these, I am thrilled to! Not only do they look cool, but they are super useful and really help demystify flower arranging. Having the opportunity to use them in such quantity on our two long tables at the dinner and seeing them in action in such a big way is really satisfying.

I KNOW OUR READERS WILL BE TAKING NOTES–ANY ADVICE ON HOW THEY CAN CREATE AN EVENT MOOD LIKE THIS ONE IN THE HOME? In many respects, the look is simple and easily achieved. While our inspiration is a cool campsite, it’s how the elements are curated that elevates the look from expected to chic.