A cardboard camera is handy, too. 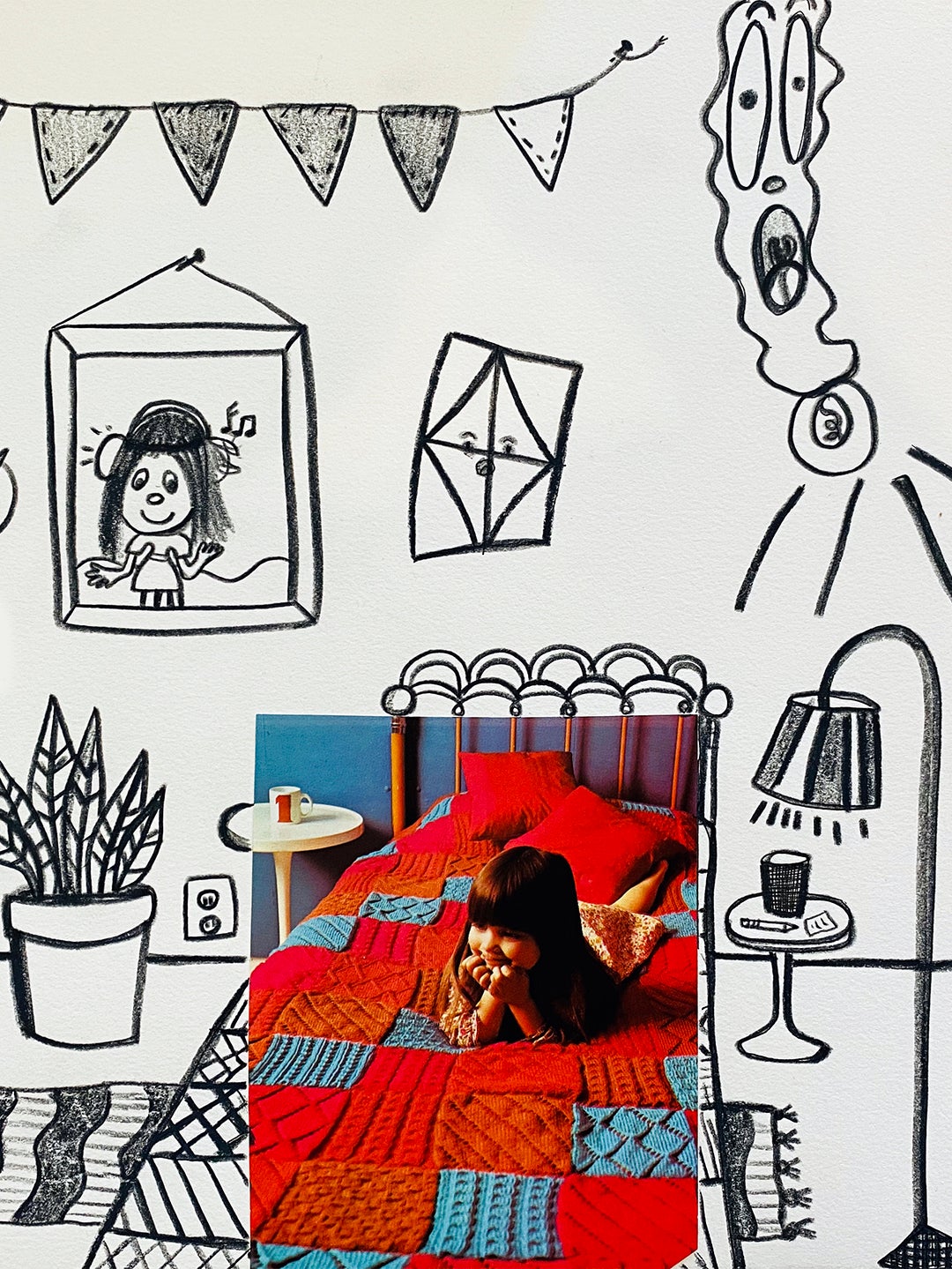 Rebeca Raney has been thinking a lot about distractions lately. Her jobs as director of Frieze Education in New York City and resident artist at Felicity House vanished not long after the pandemic began and the children’s festival she planned to put on this June, called Ray’s Beret (named for her 6-year-old daughter), had been postponed. Crafting with Ray, as they self-isolate in their Brooklyn home, has been a welcome diversion. “My daughter is an only child, and there are definitely days when I can feel how lonely she is,” says Raney. “I don’t want her to be scared or to suffer the lack of friends and peers.”

Raney has been sharing their homemade creations on Instagram, showing other parents how they can sew a quilt from doll clothes scraps or make a loom out of cardboard. “What I’m doing is trivial but also necessary within the context of our family’s mental health,” she says. “Plus I like kids’ work so much more than my own—it’s spontaneous, wonky, and weird.” These little projects pass the time, but they’ve also helped Raney and Ray connect and, in some cases, view things from a fresh perspective.

Stretching projects for as long as possible has proved to be a handy approach during quarantine—and Shrinky Dinks are perfect for that. One day, Raney and Ray will draw different foods with Sharpies and color them in, and the next they’ll make a refrigerator out of white paper folded in half like a greeting card. “You can play with them and even turn them into jewelry charms,” she says.

Give Them Grown-up Tools

Imagination is a powerful thing. After noticing how much her daughter loved a fake cell phone she made out of a piece of cardboard and some colored construction paper, Raney whipped up a pretend camera. “The best tubes for the peephole come from inside aluminum foil rolls,” the artist reveals. Raney made the lenses out of clear plastic and added a strap, so Ray can carry it around her neck as she captures her subjects.

The idea to test out knolling (the process of arranging objects in a parallel fashion) stemmed from Raney wanting to teach Ray how to clean her room, but it also ended up being a chance for her kid to play with her toys in a new way. First, take inventory of your bits and bobs, touch everything, and even clean them off if you feel so inclined. Then lay them on a flat surface and make patterns or pictures. After some guidance, Raney lets Ray tackle it solo, and when she thinks everything is in its place, Raney reviews her work. ”Does it matter if she gets it perfect? Hardly,” she says. The activity offers them a chance to sit together and talk about the small treasures. They snap a real picture of the arrangement before putting the things back where they belong.

Let Them Fill in the Blanks

Raney, unsurprisingly, is not a fan of stick people. To get her daughter out of the rut of sketching the same things, she’ll hand her a “finish the picture” prompt (basically, it’s a white piece of paper with one or two cutout images from a magazine glued onto it). Ray takes care of the rest, adding inanimate objects with goofy faces or window frames with people on the other side. “She’s a really good drawer for her age,” says Raney. “I’ve suddenly become my daughter’s assistant.”