Welcome to Ohio’s Inn of Chagrin. 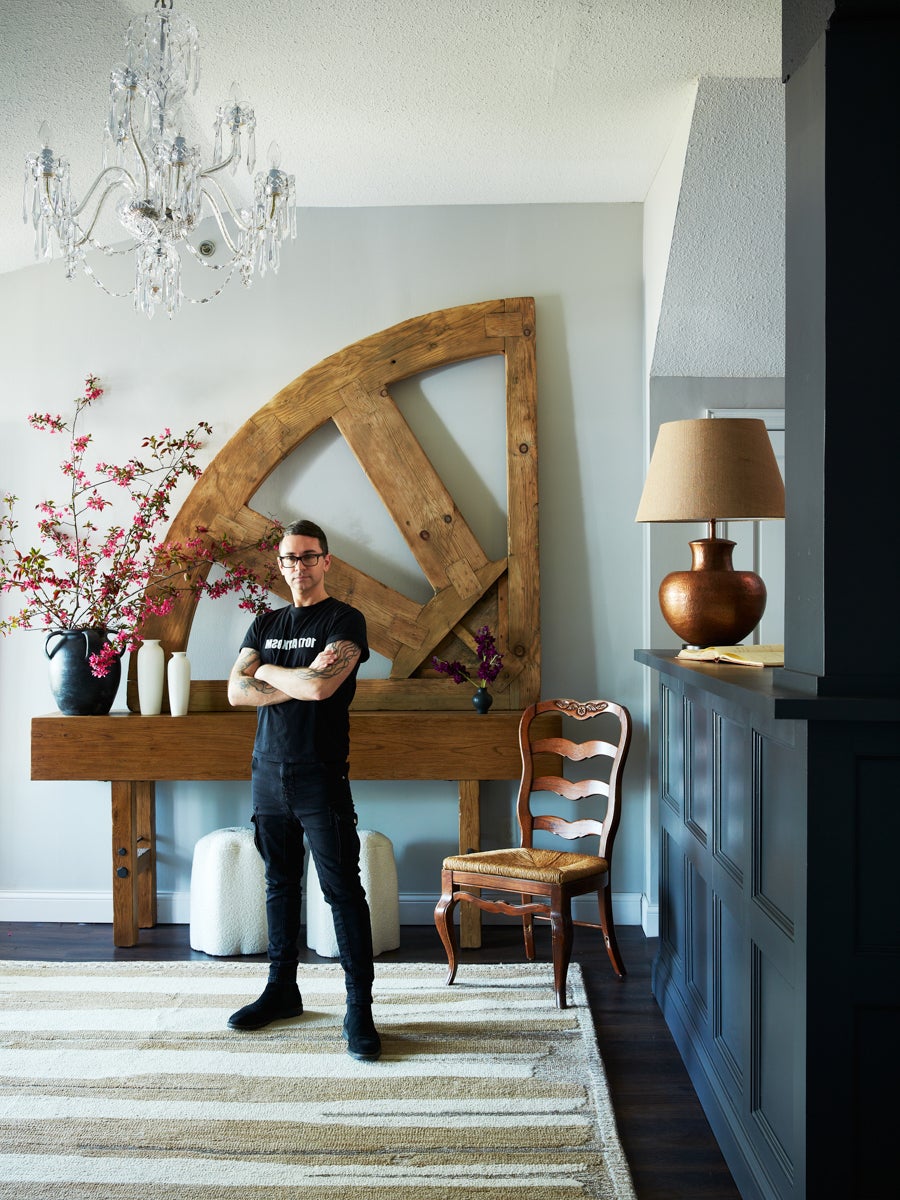 Starting this week, you can now say you’ve slept in Christian Siriano’s bed. Well, kind of. The Domino cover star recently finished his first hotel project, the historic Inn of Chagrin in Ohio. “I started with the goal of making it somewhere people would visit and stay for years to come,” says Siriano. While this may be the designer’s first commercial interiors project, he’s no stranger to the decor world—after all, his eponymous furniture collection launched in 2019. In just 15 months, Siriano transformed the 15 rooms by treating them like a runway show, starting with a theme (inviting was the word he kept coming back to) and design scheme (your chic grandmother’s house), then letting his creative brain run wild. Here are three ideas from Siriano’s design that we’re taking home, starting with this small-space–friendly workspace hack.

In a few of the smaller rooms, a nightstand works overtime as a workspace. “Since it is an inn, some people treat it as their home and have long-term stays,” Siriano explains. “So we wanted to make sure everyone has a great nightstand by their bed, as well as a desk so people can use it to work on as needed.”

Above the original built-ins in the fireplace room sits a sliver of a window. Rather than distract from the awkward view, Siriano embraced it with a pair of custom pale blue curtains. “It helps give the feeling of a real home and not a corporate hotel chain,” he says. “It’s intentional.”

In true haute couture fashion, Siriano employed French and Italian linen mills to craft bespoke bedding for every room. “It was so fun to customize the fabrics with the bedding, because it allowed me to bring in a fashion aspect,” he says. “It was something the inn has never had. I wanted the spaces to be as luxurious as possible.” To further add personality, custom fashion sketches and original paintings by Siriano adorn the walls of each room.