10 facts that’ll change how you consume it. 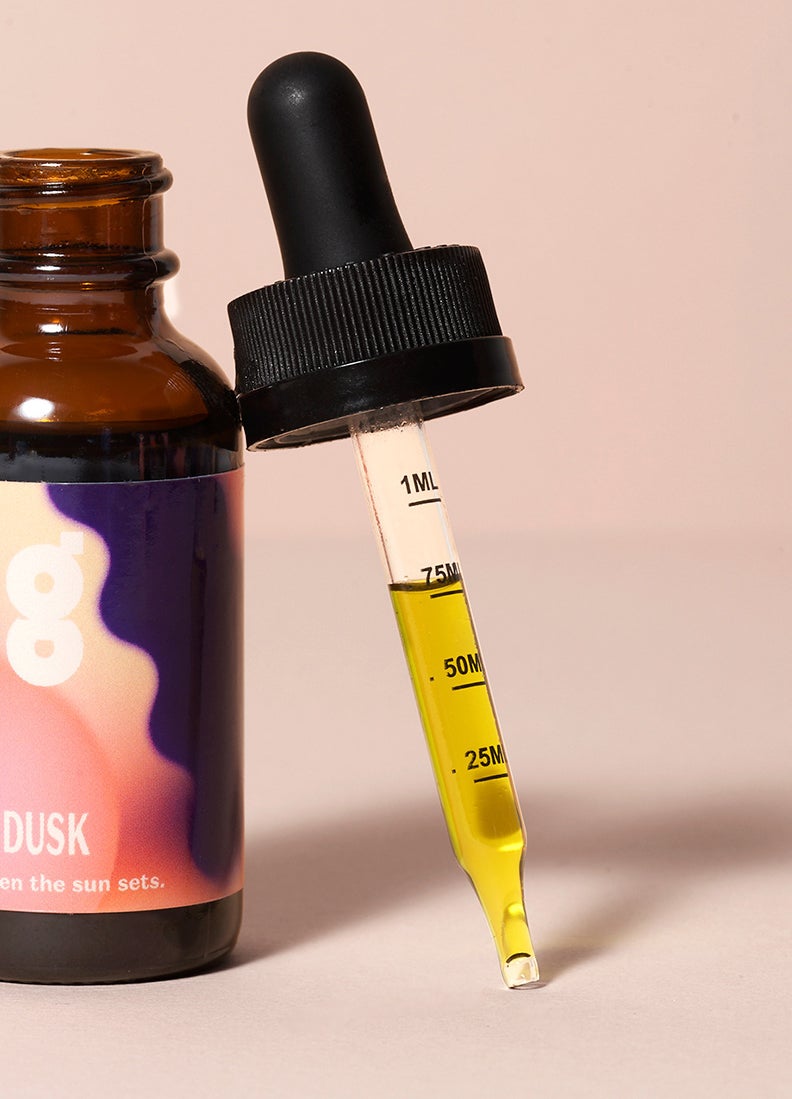 Can we all agree we’ve hit max CBD hysteria? With CBD markets and thousands of sites and products, there’s nearly just as much misinformation as there are facts. The hemp-derived oil is 100 percent federally legal and powerful, but there are a lot of misnomers out there too. We sat down with the new cool kids on the cannabis block, David Weiner and Verena von Pfetten, the founders of weed-positive media and product brand Gossamer. Both knowledgeable experts, they myth-busted everything from dosing to legality—buckle up, because there are a lot of concepts to clear up.

CBD Is Cool and All, But It Has Limits

“CBD products do a lot of things and help a lot of cannabinoids do their specialties, but it isn’t actually a stand-alone,” says von Pfetten. While CBD is getting all the buzz right now, the other 80-plus cannabinoids in the cannabis plant are pretty undiscovered. “But there is a real opportunity for people to create these products that have very specific effects,” she says. In the next few years, look for the market to explode with products that not only feature but showcase things like CBN and terpenes. “CBD is not a myth or hoax, but it’s also not a cure-all,” says von Pfetten. “It’s a basis for all these other layers that could be incredibly promising and exciting.”

CBD Is Not for Sleep

We’ve said it once and we’ll say it a thousand times: CBD is not a sedative to be taken for sleep. It will help with things that might be keeping you awake though, like pain or anxiety, says von Pfetten, but it will not lull you into a deep snooze. It’s sister, CBN, is a sedative, though, and a powerful one at that. “However, it doesn’t work on its own. It needs to be taken with CBD in order to be effective,” she says. So while CBD is not the main ingredient in CBN sleep aids, it is a vital ingredient to make the product actually work better.

It Probably Has THC in It

Most users and non-users don’t realize that the full-spectrum classification means that it has the (admittedly small) legally allowed amount of THC in it (which is .3 percent). “It is a federally legal product and it will not make you feel high, but it does have THC in it,” says Verena.

And Potentially More THC Than Legal

That bottle of CBD? It can kind of say whatever it wants to say because, technically, there isn’t much oversight. It’s now under the FDA’s department to test and verify products, but testing is infrequent. The Gossamer duo and their labs have independently tested a number of products directly off the shelves and “some of them are crazy,” says Weiner. “Not only do some not have CBD in them, but some of them have much higher doses of THC than are legal.” Why? This is a plant-derived product, so each and every batch is going to have its own variations and differences.

For Gossamer’s own CBN product Dusk, each round is slightly different than the next, and that’s exactly why they test every batch independently. “Think about how hard this is when you are mass-producing CBD edibles, chocolates, or caramels,” says Weiner. “To get between that very specific concentration in every single chocolate, if you didn’t get it right, you’d have to dump an entire batch.” There is natural deviation in plants, so it’s impossible to claim each batch is exactly the same in potency and amounts.

CBD, and all things cannabis, affects every person differently. “Everyone has a different reaction to so many things, from caffeine to salt to alcohol to food to antibiotics,” says Weiner. “We think of CBD as this cure-all, this one-size-fits-all solution, but it’s not.” With a plant-based product, there’s no guarantee, so consumers have to educate themselves on personal percentages and dosing.

“There is not enough discussion about what actually happens when you consume it,” says von Pfetten. “Your body naturally produces small amounts of CBD on its own.” That’s why our bodies interact so well with cannabis oil. “There are cannabinoids that we produce and there are cannabinoids that we get from plants and outside sources,” she says. You have an endocannabinoid system (all vertebrae do) with specific receptors that react exclusively to cannabinoids. CBD binds to those receptors and helps to regulate and maintain homeostasis. “All of that is happening in your body when you take CBD,” she says.

Terpenes Are the Future

“Terpenes are going to be the thing in the next two years,” Weiner says. You probably don’t even know it, but terpenes are actually in a lot of the products you already use. “They’re in perfumes, skincare, candles, and medicine already,” says von Pfetten. They are bountiful in the cannabis plant; we have much further research and studies conducted on the efficacy of terpenes than other elements of the plant.

“Each terpene has their own effects that we can gain benefits from,” says Weiner. For Dusk, they chose terpenes that have a sedative or calming effect so they complement the CBN and CBD to work together to promote better sleep. But there are energizing terpenes and beyond too. “People understand what CBD is now, and it’s basically a base,” says Weiner. “Now, we can take the conversation one step further, like adding CBN. And then we can take the conversation even one step further and lay in terpenes, and that’s where you start to get wildly specific effects. As consumer knowledge grows, so do the products.”

Organic is Not Possible

“In 99 percent of cases that have that organic stamp on the bottle, it is fake—they just put it on,” says von Pfetten. That’s because it’s incredibly difficult to become certified organic in hemp and extraction processes. “It’s not that they aren’t organic, but the actual certification process requirements are very, very high,” she says.

The farm that creates Dusk is organic, but it cannot put that claim on the bottle because legally it’s nearly impossible. “Your space might be organic, but one or two farms over is not, and those heavy metals pesticides can end up in the soil and your product as well,” she says. “You want consumers to be wary, but people in the [market] space are taking advantage of the consumer and muddying the waters.” That’s not to say what you’re consuming isn’t safe. A quality brand will test each batch a minimum of three times to ensure safety. “You test it at harvest, distillation, and right again before it goes into the bottle,” says von Pfetten. “The reason you test it those three times is to ensure you don’t have any runoff pesticides from nearby farms.”

CBD on its own is not a particularly expensive item, yet you’ll see a product for $10 and the same size bottle from a different brand for $110. What gives? “What they are doing with it, where they source it, terpenes, the formulations, the packaging, the cannabinoids, their willingness to dump a batch—there is a reason for different price points,” says von Pfetten. “CBD itself is not super cheap, but it’s also not insanely expensive, so at a certain point, you are absolutely paying for marketing,” she says.

The main thing to ask yourself is “Does the product work for you?” “If it does, that’s all that matters,” says Weiner. But they suggest checking your product’s certificate of authenticity (COA) for your specific batch to verify what you’re consuming. But what you’re comfortable paying for is totally up to you.

How You Consume It Matters—a Lot

The number one least effective way to consume CBD? Eating it. “You lose up to 70 percent of the active cannabinoids,” she says. So if you’re eating a 10 milligram gumdrop: you firstly have to hope it actually has 10 milligrams in it, which you don’t have any guarantee of at this point, and secondly, you’re losing 70 percent of it, so you’re maybe getting three percent at most, and that was only if it had 10 milligrams in the first place.

“That’s why we stand behind tinctures at this point,” says von Pfetten. “Sure, vaping, but a lot of people are just reluctant to vape something at this point, and that we can understand.”

The Gossamer duo isn’t over CBD though. Every day they get emails and notes from users of their CBN/CBD tincture, saying how much it’s helped them. “What we’re over is the gimmicks,” says Weiner. “CBD in coffee, etc.—the overpromising.”

Keep CBD dosing: What It’s Really Like to Get a CBD Massage Move Over, LaCroix: CBD Seltzer Is About to Take Over I Can’t Stop Using This “Laced” Facial Oil