Inside the brand's collab with Italian design brand Cassina. 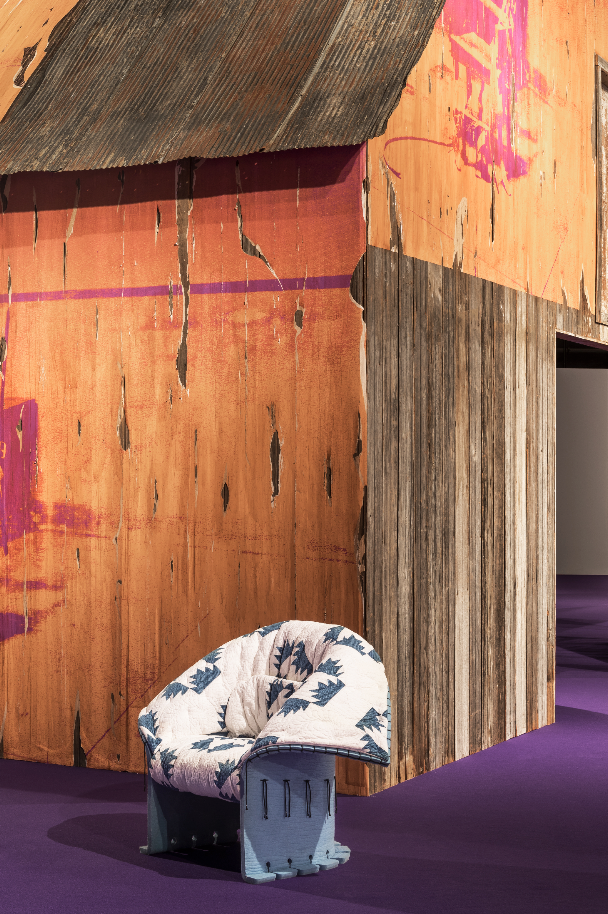 As if we needed further proof that the modern farmhouse aesthetic is taking the design world by storm, Calvin Klein steps up by bringing on their rendition of the trend, led by none other than Chief Creative Officer, Raf Simons.

The brand unveiled their inaugural installation at Design Miami/ Basel, which entailed a series of limited edition armchairs by contemporary furniture brand Cassina, upholstered in fabrics selected by Simons himself.  The installation was a relatively modest one—and yet, statement-worthy all the same—which allowed the subject of the collaboration to reign as the primary focal point of the setup. With the inspired scope of colors, contemporary detailing, and antique patterns of the textiles, the cultural direction of the end product was a significant one.

The Feltri armchair is said to be an ironic rendition of the royal throne, melding form and function with a seamless aesthetic. Its enveloping structure and contemporary design have earmarked the armchair as an icon, a quality that befittingly designated the piece as the primary subject of the coveted collaboration.

Each one of the 100 numbered Feltri armchairs boast a one-of-a-kind heirloom American quilt, dating back to the 19th and 20th centuries. Set against a backdrop built of a similarly antique framework—the barn was crafted from reclaimed wood that dated to the late 1800s—the thematic flow of the overall installation was a cohesive one, to say the least.

Simon’s ode to the quintessential American aesthetic was capped off with large-scale imagery of artwork by Andy Warhol, a product of Calvin Klein’s long-standing partnership with The Andy Warhol Foundation for the Visual Arts.

Read on for more collaborations we love:

Ikea’s Newest Collab Isn’t Perfect, But That’s the Point Get the Look of Custom Wallpaper at a Fraction of the Cost Ikea and Saint Heron Are Partnering Up and Everyone is Freaking Out