Here are four of her favorite children’s books. 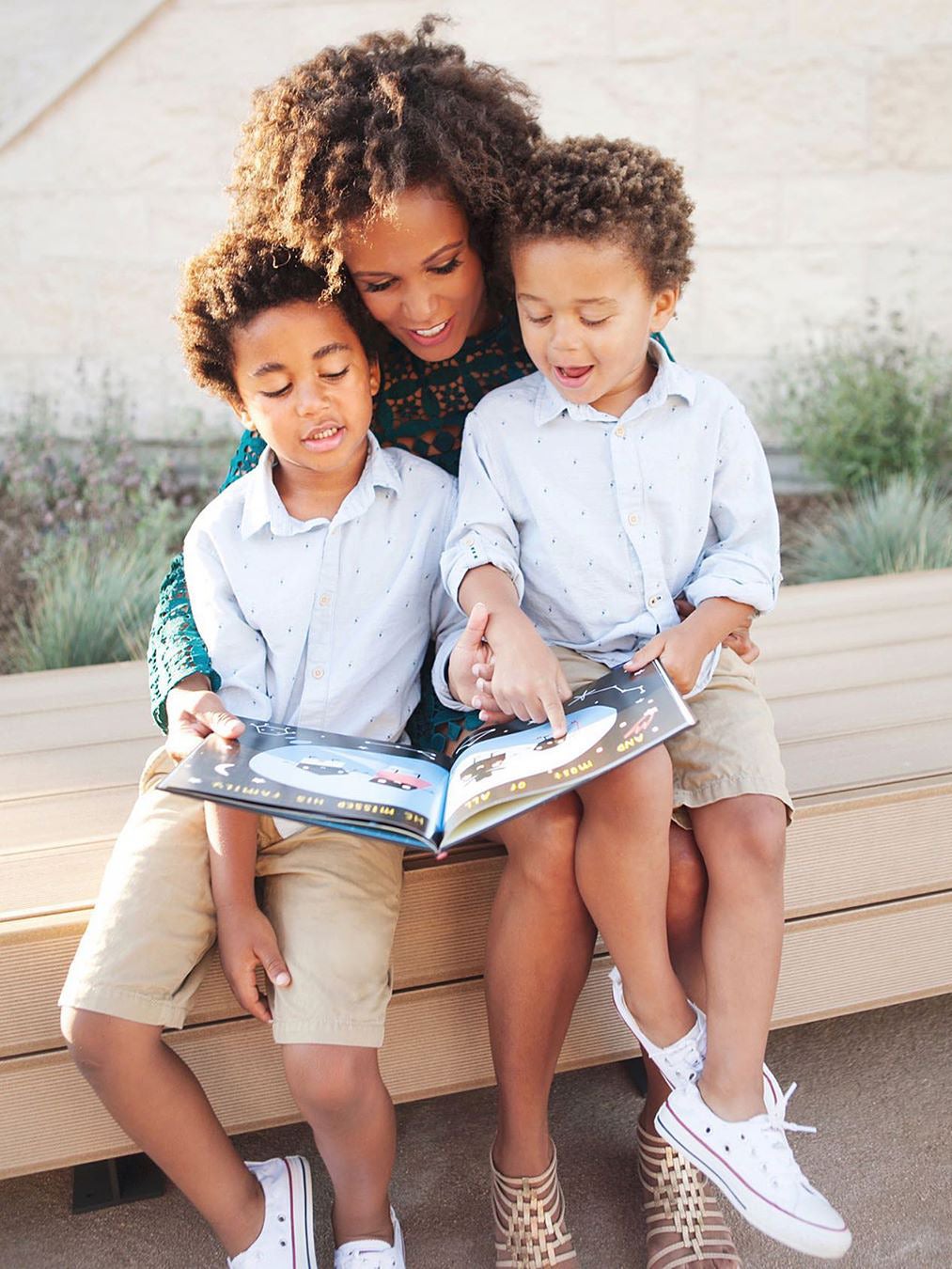 Interior designer and HGTV star Breegan Jane has used storytelling countless times to educate her two boys, Kingsley, 6, and Kensington, 4, about topics ranging from confidence building and kindness to divorce. Recently, though, Jane finds herself reaching for the children’s book she penned, Carbie, “a tale of perseverance amid pressure.”

As the world protests racial injustice, Jane likes to pull out bedtime stories starring characters with inner strength, not only for when her kids face challenges but also for when they see their mom struggle with her own feelings. “As a single mother, it’s hard to hide difficult emotions from my kids,” she says. “So for them to be able to have this tale of the light at the end of the tunnel is very useful.” To Jane, books are the key to helping her kids understand anti-racism, as well as subjects like strong female characters. “The best way to teach kids a lesson is to tell them a story about somebody else,” she says. Here are four titles Jane has been reading with her sons.

“I Like Myself! is about a little black girl with crazy curls,” says Jane. “I thought it was important for my boys to be introduced to female characters at an early age and read a book about self-confidence that wasn’t about a boy. Gender is something that I focus on when creating a varied bookshelf.” She imagined Carbie to be as gender-neutral as possible for the same reason. Plus “you have to remember that people who are reading and learning about Black Lives Matter are picturing my kids,” Jane says. First and foremost, she wants to ensure that her boys don’t misinterpret the messaging: “I don’t want them to internalize that other people might look at them as less than.”

Get Up, Stand Up by Cedella Marley

Jane has made a point to educate her sons on Black history from a young age. “Cedella—Bob Marley’s daughter—has written a few books that are adapted from her dad’s songs and have multicultural characters,” she says. Titles like One Love and Get Up, Stand Up teach the concept of social justice and the power of community.

“Rodriguez’s series is groundbreaking because bilingual books for children of that age didn’t really exist before,” says Jane. “I want my bookshelf to represent all cultures—Latinx, Asian, Native American—because it leans into the importance of the multiculturalism that exists beyond just Black and white.”

Cosmos’ Mom and Dad Are Moving Apart by Annie Thiel

“When I separated from [my sons’] dad, they were 2 years old and 6 months old, so there was no way for me to explain it to them,” Jane remembers. Instead she read them child psychologist Thiel’s book until they were old enough to understand what was happening.

Jane’s next book approaches another topic that’s underrepresented in children’s literature: single parents. “I wanted to have a story to explain that Mommy is alone but that’s okay: Some raccoons find other raccoons; some raccoons find frogs; some raccoons just decide to be raccoons by themselves; and everybody is happy and has their own stories,” she says. A bookcase filled with diverse stories and images brings the world inside.