It’s just one reason why this home he helped design sold for $2M over asking. 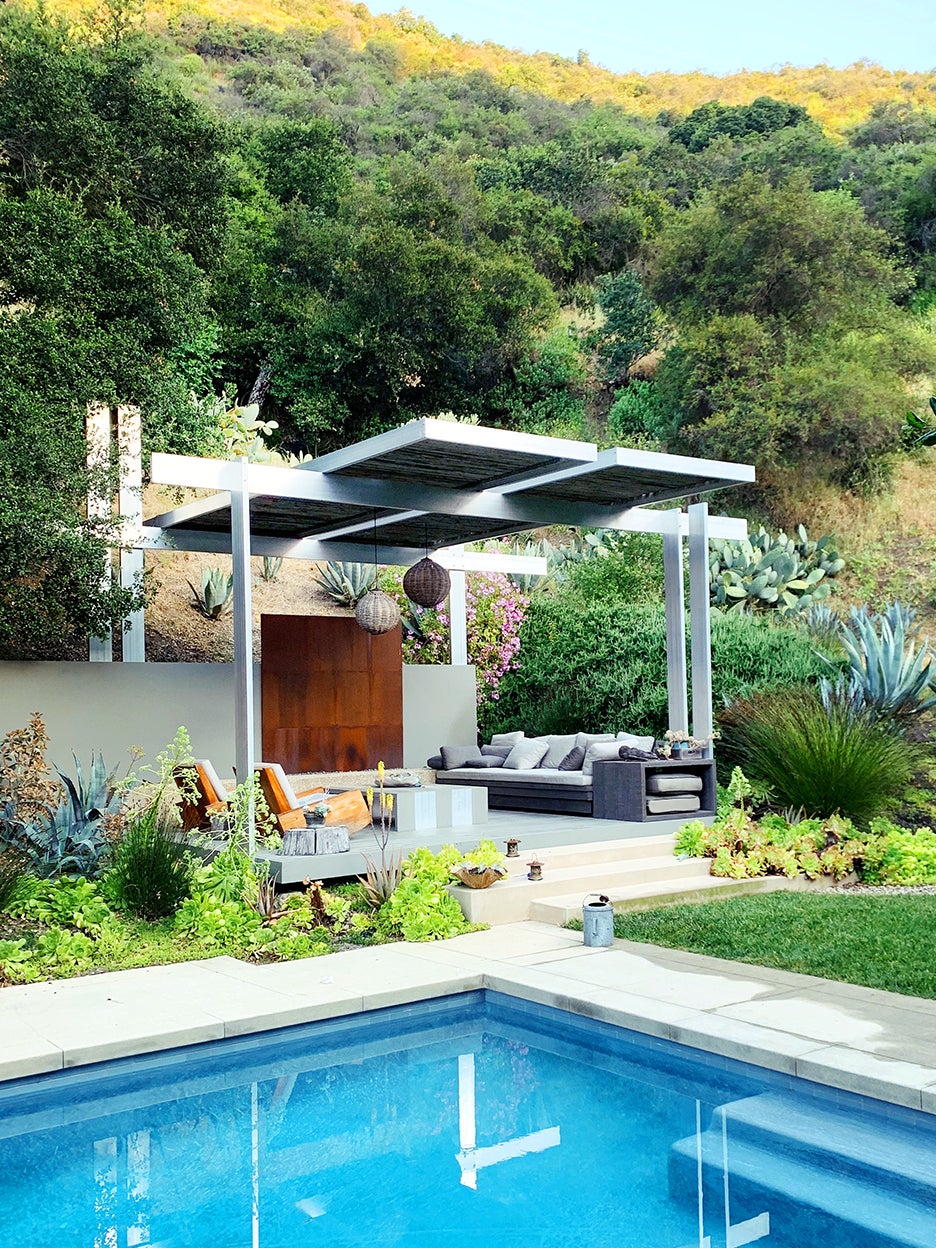 When designer Stacy Jacobsen decided to sell her family’s mid-century home in Los Angeles this past February, there were a lot of factors already working to her advantage. First off, the Mandeville Canyon enclave where they lived is dotted with celebrities (Vice President Kamala Harris and Gwyneth Paltrow own homes nearby). Plus the four-bedroom place sits on 2 1/2 acres and, as we all know by now, more space has been at the top of every house hunter’s shopping list during the pandemic. So, yes, you could say it was partially luck that the property ended up selling for $1.8 million over the original $3.7 million asking price. But there were plenty of practical decisions, particularly when it came to refreshing the outdoor area, that boosted that figure, too.

“The interior improvements (Forbes and Lomax electrical switches, a large custom steel skylight in the kitchen) were helpful in generating over-asking, but the property setting and landscaping design are really what set it apart,” says Jacobsen. Her landscape artist, Jay Griffith, whose client roster includes Brad Pitt and Tom Ford, reimagined the already family-friendly yard (the pool was preexisting, but it was in need of replastering) and turned it into an oasis that’s true to Southern California living but still very much a unique find in L.A. These four details made every penny count (and then some).

Simple Hardscaping, With an Edge

To create a sophisticated-looking space without bringing in a ton of new plants that would break the bank, Griffith spotlighted the contrast between the grass and the hardscaping. “If the gravel is super-straight and angular, you can achieve a really sublime effect,” he explains. In other words: A lush lawn looks even more luxe when juxtaposed by clean, crisp gravel edges—as does any standard concrete pool hardscaping. “It’s better to tell a compelling story through the line quality than pour your money into new materials,” he adds. Griffith opted for concrete (more cost-effective than stone) to make the long, exaggerated stairs, which gives everything an architectural look.

A Place to Kick Back in Peace

Not only does the covered pergola area combine two relatively affordable materials (the skeleton is aluminum and the roof is bamboo), but the elongated overhang makes it look like it’s been there ever since the main house was constructed in 1955, thanks to all the strong vertical and horizontal lines. Much like the mature oaks on the property, the structure provides shade and also a place to relax that’s out of view of any neighbors.

A backyard no-no? Trying to replicate a landscape that’s not native to your environment (in other words, channeling the look of a Connecticut estate or cottage in the English Cotswolds in California). “Instead make it about ambience rather than re-creating the wheel,” says Griffith. The designer does that through color, such as the burnt-red corten steel fireplace wall that pops against the green and brown tones of the hillside.

When you decide to invest in your yard, plan from the inside out. Incorporating large picture windows makes all your hard work outdoors worth it, even when you’re taking a bath or walking out the front door. “Every room has a beautiful view of nature and the canyon,” notes Jacobsen. No other houses in sight.