Anti-pollution skincare exists and you should 100 percent be using it. 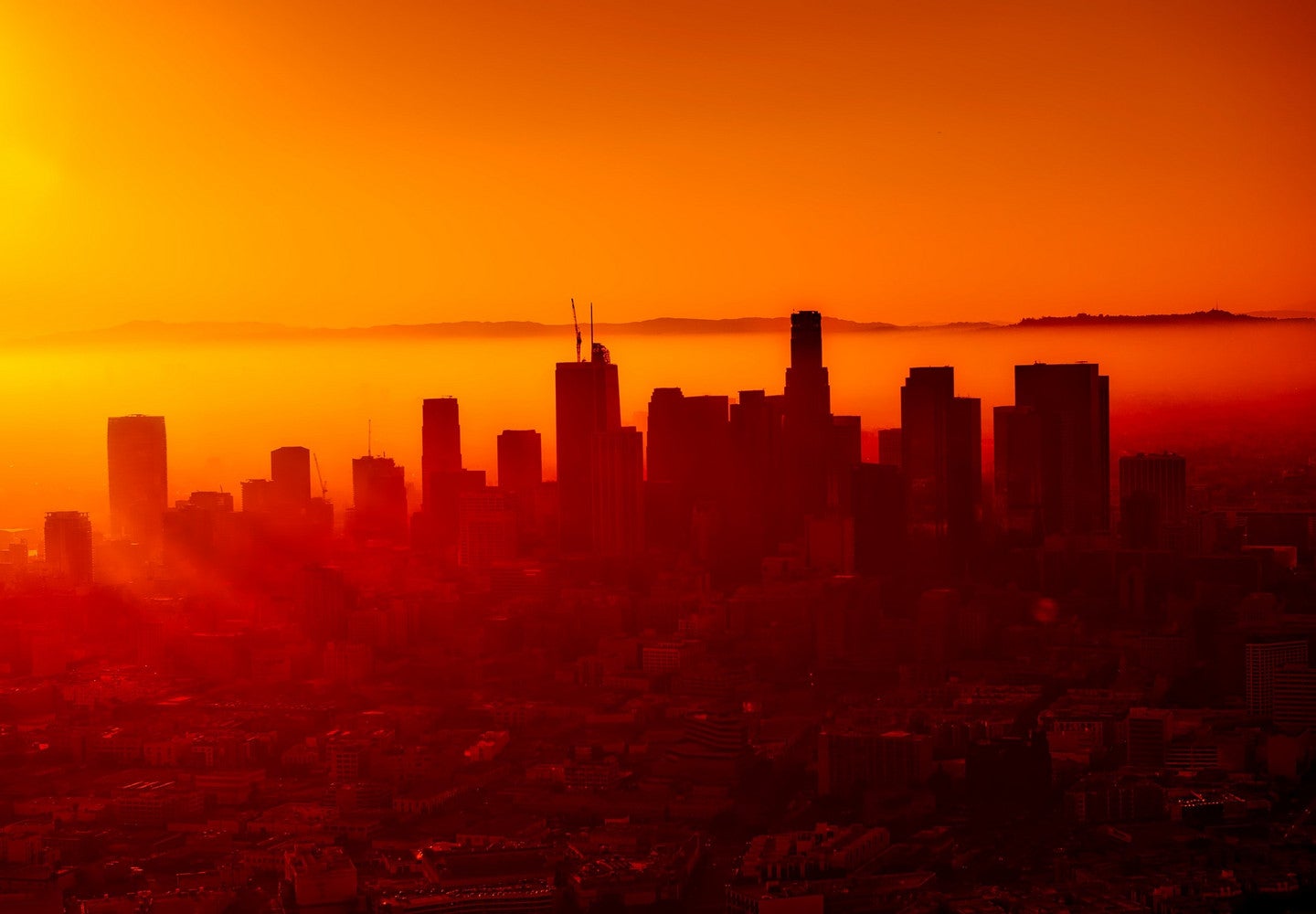 When it comes to skincare, pollution is the often overlooked, equally ugly step-sister to UV light. But you should not be ignoring her, she can damage your skin just as much as the sun.

“A growing number of studies provide scientific evidence that environmental pollution contributes to skin aging,” says Olivia Chantecaille, creative director of Chantecaille (a brand that has been studying and adapting products based on pollution for years). “Smog, soot, dirt, and dust generate free radical release and inflammation in skin, leading to fine lines, wrinkles, hyper-pigmentation, age spots, clogged pores, acne, and dullness.” Uh, no thank you.

Also, don’t overlook the blue light emitting from your phone, computer, and tablet—all those hours in front of a screen are actually aging you. “We also need to be protected from PAHs, or polycyclic aromatic hydrocarbons: complex mixtures of hundreds of nasty chemicals created by energy production, car exhaust, tobacco smoking, and even barbecuing meats,” says Chantecaille. PAHs are the most widespread organic pollutant—they literally stick in your skin.

But nature does have a solution for this concentrated pollution that we can harness: ginkgo trees.

Ginkgo trees come from China, where they have very high pollution levels, and they are the only trees that are able to survive with the bumper to bumper traffic along a busy highway like the FDR Drive in New York City. “They are the only ones that can survive,” says dermatologist Dr. Macrene Alexiades.

“Ginkgo leaves have very high levels of anti-pollutants… that are very effective against the type of free radicals that we see in automotive pollution—certain types of nitrate molecules, oxygen molecules, sulfur-based molecules,” says Dr. Macrene. (Besides ginkgo, other antioxidants in nature also work well for pollution, including Vitamin C, E, and ferulic acid.)

Dr. Macrene started looking into the ginkgo to see which type of active fractions of the ginkgo were responsible for this pollution tolerance. Once locating those specific extracts, she was able to duplicate it, and add it to her Anti-Aging Treatment Foundation ($165), because more than anything else you put on your face, “your foundation is where the pollution is going to stick,” she says.

“Your skin is your largest organ and your first line of defense,” says Chantecaille, noting that pollution causes irritation, inflammation, discoloration, and more. “We want to save your skin and protect you from pollutants—it’s truly everywhere, and can’t be escaped.”

These aggressors are precisely what lead the brand to create an entire anti-pollution line, which both protects and repairs the skin. Their lightweight Anti-Pollution Mattifying Cream ($98) has white horehound stem cell and lentil extracts to shrink the appearance of pores caused by pollution, as well as a powerful blend of antioxidants to reject heavy metals and particles from penetrating the skin.

Want to take it beyond topical creams? German aesthetics specialist, Dr. Barbara Sturm, has just released her Anti-Pollution Food ($95 for 60 tablets)—an innovative supplement that protects the body’s cells against both air and digital pollution. These also harness nature’s powers with a heady mix of adaptogens, purslane, and Vitamin E. The supplements are meant to help strengthen the skin’s barrier functions, reduce inflammation, and combat free radical damage.

Another option, which is super on-the-go and cost-effective is Ren Flash Defence Anti-Pollution Mist ($32), which is a mist that can literally form a shield on your face, protecting you from those gross particles floating around. The biosaccharide gum and zinc base creates a barrier, and the mist can be used through the day to boost your skin and protection while out and about town.

You’ll notice that all of the products in this roundup reflect on nature in their ingredient list. “When it comes to pollution, there is validity, and you just have to look around you and observe: See what plants can exist in a high pollution environment, and those will give you the tricks and secrets for fighting it,” says Dr. Macrene.

Keep on protecting your skin: