Is the Samsung Frame Really Worth It? Our TV-Obsessed Deputy Editor Tests It Out

She played video games on it, too. 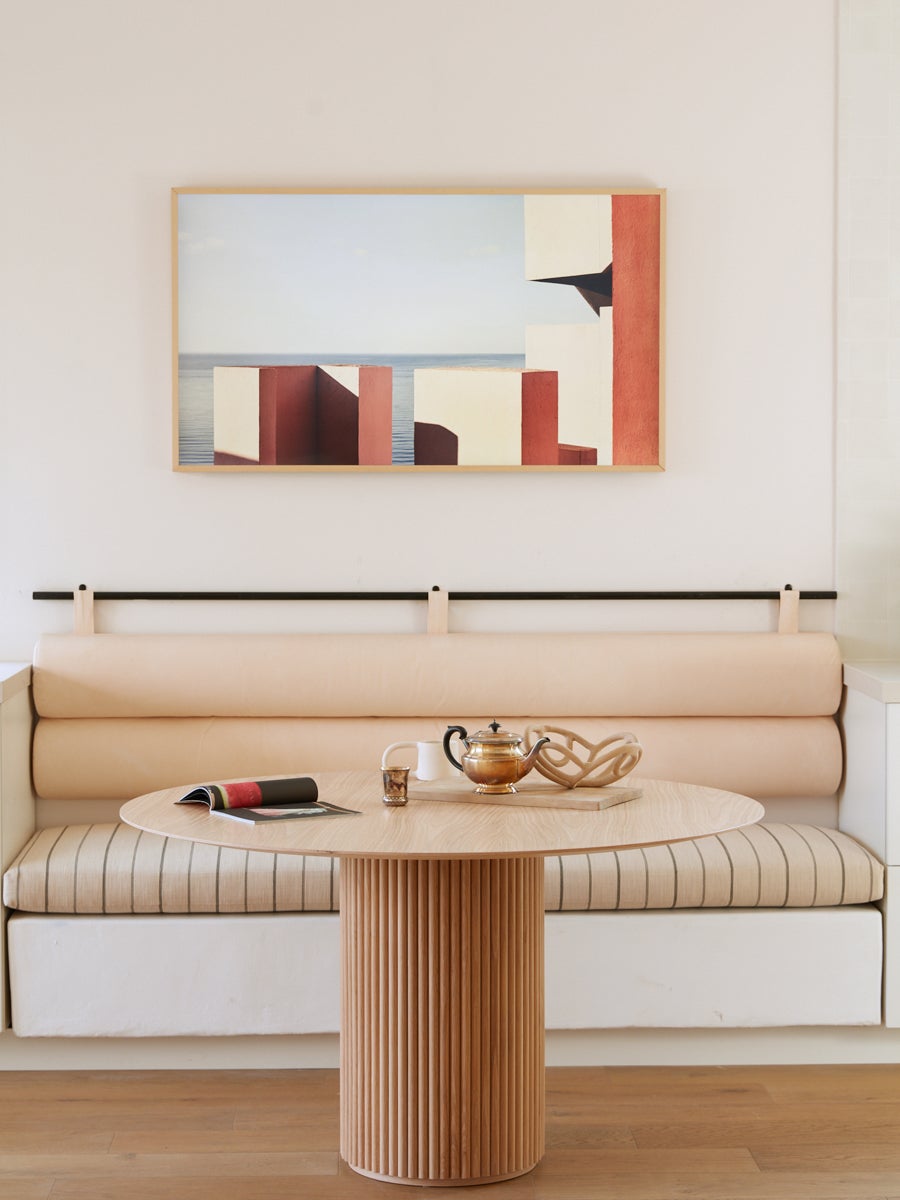 Interiors editors and designers everywhere know: The Frame TV is the holy grail. When Samsung debuted its first version of the head-scratching, is-it-art television in 2017, we were all mesmerized. Mandy Moore hung one in her Sarah Sherman Samuel–designed home. Jordan Ferney put a teak-surrounded one in her New York City living room. We’ve even written about rooms that were designed around the Frame. Naturally, I desperately wanted one, too.

But the Frame was never cheap—the 2022 model starts at $600 for the 32-inch version—and my boyfriend’s Toshiba worked just fine when we moved in together in the summer of 2020. In fact, he was particularly fond of his screen, and I couldn’t imagine a world in which we’d need something bigger or, well, better.

Still, neither one of us could deny the Frame’s allure. At just 1-inch thick, even the biggest models sit flush against a wall, making it nearly impossible to tell if the TV is a TV at all thanks to all the hundreds of art options available to display on the screen when it’s not streaming Netflix or hosting a video game night. The newest model, released earlier this year, even has a matte display that eliminates glare, making it even trickier to figure out where the art ends and the digital display begins.

So when we were lucky enough to actually get the Frame hung on our apartment wall, we squeed. We chose the teak bevel, too, though black, white, and two deeper browns are also on offer. Above our bookshelves, it’s truly hard to tell that we even have a TV, and during the day, instead of peeking at a black screen from my dining room table, now I get a bird’s-eye view of a beach or, if I so choose, a picture I took from my own phone.

Watching TV has never been the same. Thanks to the QLED technology, the picture is insanely sharp and realistic—almost 3D-looking, which took some getting used to—even for older shows that weren’t filmed in HD. The matte screen doesn’t reflect our sconces, a problem we had with our old TV.

The one downside? I’m not going to lie, the TV’s interface is tricky to navigate, and after a few weeks of not getting our Art Model to stay lit for more than a minute—I mean, for what other reason do you get a Frame?—I finally learned through Samsung customer service that I needed to turn off Night Mode. After that, it was smooth sailing.

Not being able to figure out Art Mode right away isn’t a deal breaker, and trust me, my boyfriend and I had watched seasons upon seasons of Netflix on it by then (and played an inappropriate amount of Nintendo Switch Sports). But now that we’ve figured out how to display art during the day, we can truly sit back and enjoy the Frame in all of its almost hidden glory.