After Moving to Milan, This Fashion Illustrator Is All For These Trompe L’oeil Columns

Catch her favorite finds on 1stDibs. 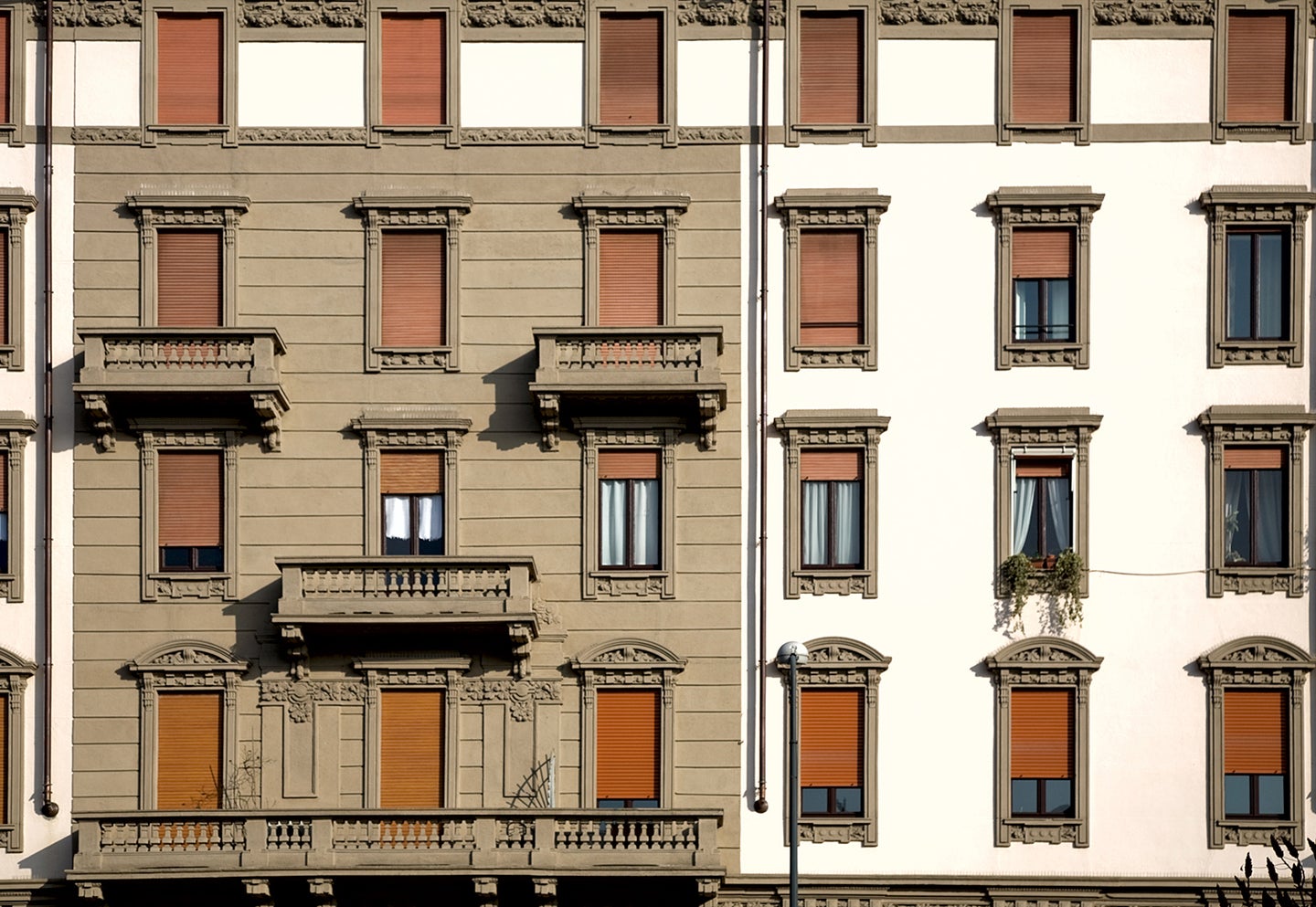 After 15 years of living in New York, Jenny Walton decided it was time for a different view. These days, in her new Milan apartment, the fashion illustrator and jewelry designer wakes up to tall ceilings bordered by crown molding and circa-1920 parquet floors. As she retreats to her balcony with her two small dogs, Charlie and Baffi, she’s greeted by a sea of trees. “We just have this wonderful little bachelorette pad together,” says Walton. This new perspective has also sparked a shift in the way she decorates, and she’s got a message she’s excited to share: Don’t limit yourself to one time period.

When discussing her new collaboration with luxury furniture retailer 1stDibs, Walton revealed that she had ventured outside her comfort zone on the website by inputting less calculated keywords in order to find era-ambiguous pieces and designs that have simply stood the test of time. “I had a moment of debate about whether or not I should lean more French or Italian. Ultimately, I realized it doesn’t quite matter where they come from or what decade [they were made], that the real excitement comes from mixing and matching pieces that you love individually,” she shares. Her favorite purchase so far? An Osvaldo Borsani walnut coffee table from 1940.

Wanting to give others a taste of her newfound approach, Walton partnered with 1stDibs to curate an auction of her favorite finds that spans furniture, lighting, decorative objects, handbags, jewelry, and more. (Psst: It’s live now, and will last for one to two weeks, depending on how fast everything sells.) From a ceramic water pot from Mexico to a curvy sofa from the 1960s, it’s safe to say that Walton’s assortment has something for everyone, no matter where you live.

For the funky Ettore Sottsass two-piece mirror she added to the lineup, Walton recommends displaying the piece with a gap in between the panels. “I would hope that everyone who came into my apartment thought that it was doors,” she says. “[It’s] so much more interesting for people to think your apartment has a secret wing or, at the least, is much bigger than it actually is!” A DIY magical portal sounds pretty good to us. As for the 20th-century trompe l’oeil columns reminiscent of European antiquity, Walton suggests placing them against the wall in a creative space such as a studio and arranging paintings around them. Before you know it, you too could be in the market for a Milanese getaway.