How Ashley Graham Is Adjusting to the Suburbs, Plus Her Affordable Pool Towels

The model and mom of three joins us on “Design Time.” 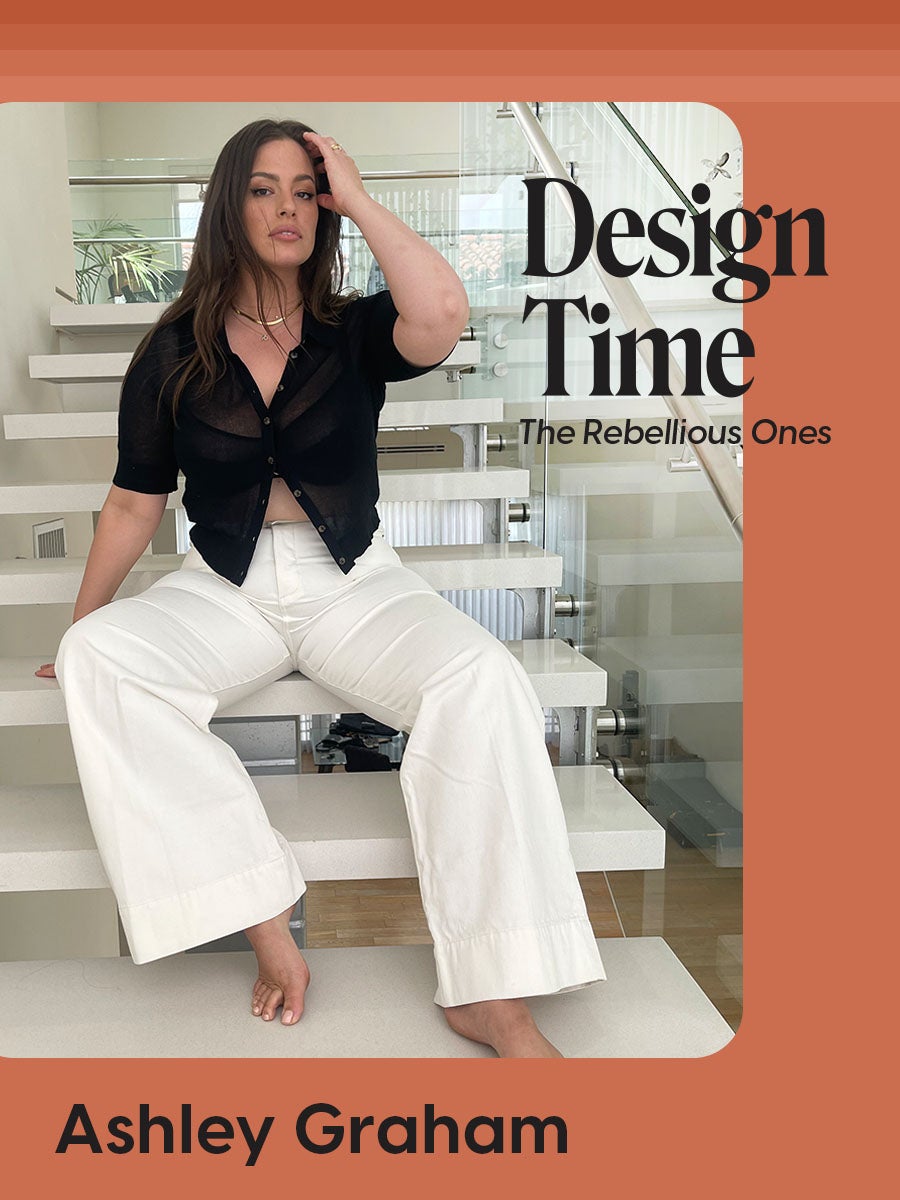 Supermodel Ashley Graham never saw herself settling down in the suburbs. “If you would have asked me, even three years ago, ‘Could you move to New Jersey?’ I would have been like, ‘What are you talking about?’” Graham tells Domino deputy editor Julie Vadnal in the sixth episode of Design Time: The Rebellious Ones (out now on Spotify and Apple Podcasts). But with a toddler and twin babies, she and her husband, Justin Ervin, knew they were quickly outgrowing their Park Slope, Brooklyn, apartment.

“It was simply the fact that we kept having children, and I needed space for them,” Graham explains. “But leaving Brooklyn was a big deal for us. We kind of had an identity crisis. We’re leaving the city that we fell in love in, that we got married in, that we had our children in. But it’s just a new phase of life.”

In the episode, Graham shares how the family is settling into suburban life. (Hint: It’s going swimmingly—thanks to a designer who slid into her DMs and a partnership with Affirm.) Plus she reveals the most rebellious thing about her morning routine and the one rule that keeps her living room from becoming cluttered with toys. Of course, we also asked her to play a quick game of Never Have I Ever. Here’s a sneak peek.

Never have I ever…accidentally killed a plant.

Oh, definitely. Yes, I have. My mother-in-law comes often and she keeps my plants alive. Thank God for her.

Never have I ever…shopped at HomeGoods.

Have, 100 percent. Love it. The last things that I bought there were all my pool towels. I just went straight to HomeGoods.

Never have I ever…fought with a significant other over a decor item.

Never. I don’t think that I care enough to fight. And I don’t know that Justin cares enough. He has his own office now. There’s like a barn door that I slide, and I don’t know what’s on the other side.

Never have I ever…looked up a friend’s home price on Zillow.

Oh, I definitely have. I have a couple of friends who have a lot of money, and I definitely looked at how much they spent.

Never have I ever…hung my own wallpaper.

Never, ever, ever. I have watched my mom do it, though.