Buyers are looking for something more traditional. 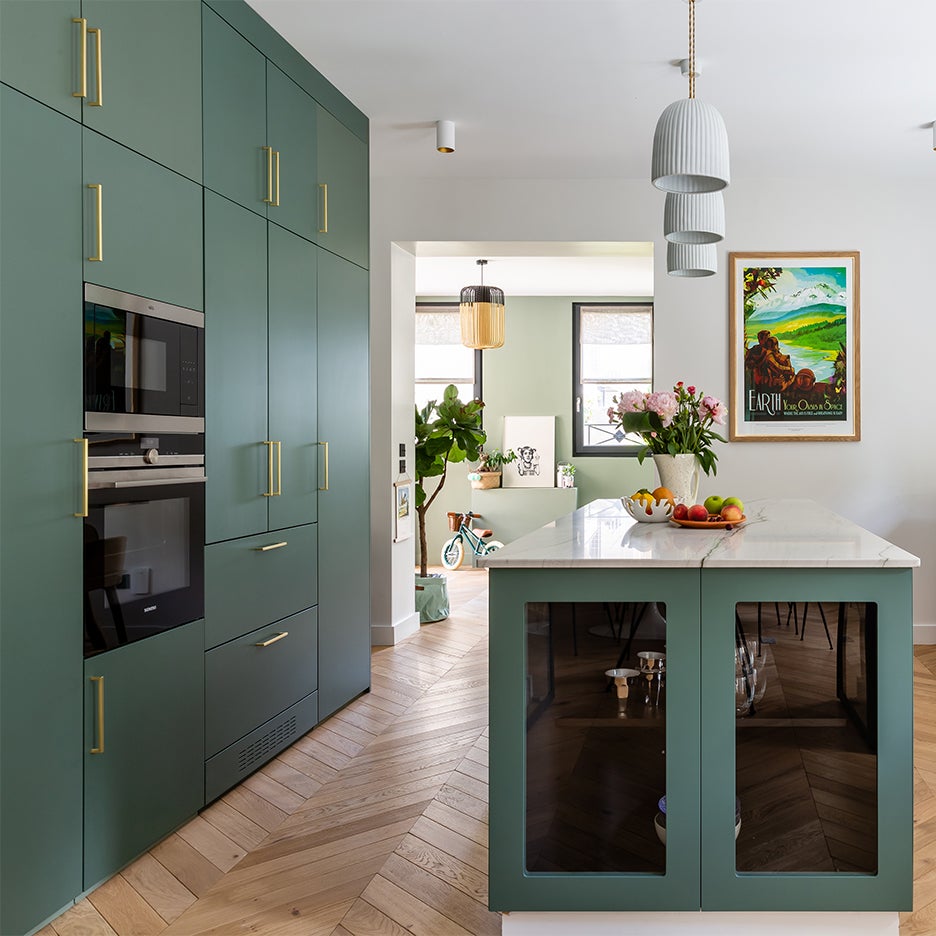 Before you put your house on the market, perhaps you’ll swap out a few light fixtures or go over the trim and baseboards with a fresh coat of paint. But how about what not to do? It’s little things, from the awkward appliances to elaborate architectural details, that can rub a potential buyer the wrong way and end up costing you the listing price you wanted. They might not make a huge dent—$1,000 here, $3,000 there—but those small mistakes can add up.

Zillow’s paint color analysis found that houses painted yellow sold for $3,400 less than similar homes, so save the hue for smaller moments, like window treatments and wallpaper. Psst: Brown dining rooms and red kitchens also made the list of things to steer clear of (they knock off $1,600 and $2,300, respectively).

A microwave drawer sounds nice in theory (built flush into cabinetry and seamlessly fit under countertops), but the $1,000 investment doesn’t always appeal to the majority of buyers, who prefer the traditional above-range placement or simply one that’s higher up on the wall. Zillow found that listings with this addition sell for 1 percent less than homes without.

Per a report from Groundworks, foundation problems that go ignored could reduce your asking price by as much as 30 percent. Gaps in the walls, sagging floors, water in the crawl space, wood rot—these are some of the more obvious signs that there are deeper issues at play.

A tidy basement or garage is nice to have—no need to go overboard with the organization. Listings touting bike rack storage, specifically, sell for 2.9 percent less than expected and take nearly 11 days longer to sell, according to the company’s data.

Arches are still the It silhouette when it comes to murals, mirrors, and cabinets, but as far as incorporating them into a home’s structure goes, think twice. “Not only is the carpentry work costly, but homes that mention them in their listing descriptions sell for 1.3 percent less than similar homes and take two days longer to sell,” says Amanda Pendleton, Zillow’s trend expert. However, if you’re lucky enough to have original arched features, she notes you can keep them around.

Homes with a mint green kitchen could sell for $1,830 less than expected, per Zillow’s 2021 interior paint color analysis. “Our research finds recent and prospective buyers were overwhelmingly turned off by this polarizing color in a common area,” notes Pendleton. Consider playing it on the safer side with a warm white or cream tone.

These bar-height counters can be convenient, especially when you’re feeding a troop of grown kids or guests in the morning, but they are falling out of favor with buyers (homes with them sell for 1.3 percent less than expected). “They don’t work for toddlers or older homeowners, who need lower seating options,” Pendleton points out. Her advice: Go with an eat-in island or breakfast nook.

While little ones might go wild for a waterslide, their parents likely won’t feel the same. Homes with this pool addition sell for 1.6 percent less than those without, likely because they only appeal to a limited number of people. Your home can still feel fun without looking like a theme park.

These elaborate indentations can create the illusion of a lower ceiling height and increase the formality of a space, “which doesn’t always square with the taste of today’s younger buyers, who are looking for homes that feel more relaxed and approachable,” says the pro. So skip the detailing but bring on the paint (our top picks include Benjamin Moore’s Bird’s Egg and Sherwin-Williams’s Iron Ore).

According to a recent study by Cinch Home Services, street names, specifically the suffixes, may affect a home’s value even more than what the house itself looks like. The company analyzed the 500 most populous areas in the U.S., along with the corresponding inventories and each property’s listing price, and found that if the lot is on a boulevard, its value may go up $343,000 more than if that same home is on a terrace (the suffix with the lowest average value).

This story was originally published in September 2020. It has since been updated.