The 12 Biggest Wedding Guest Mistakes and How to Avoid Them

The world's top wedding planners weigh in on the worst faux pas. 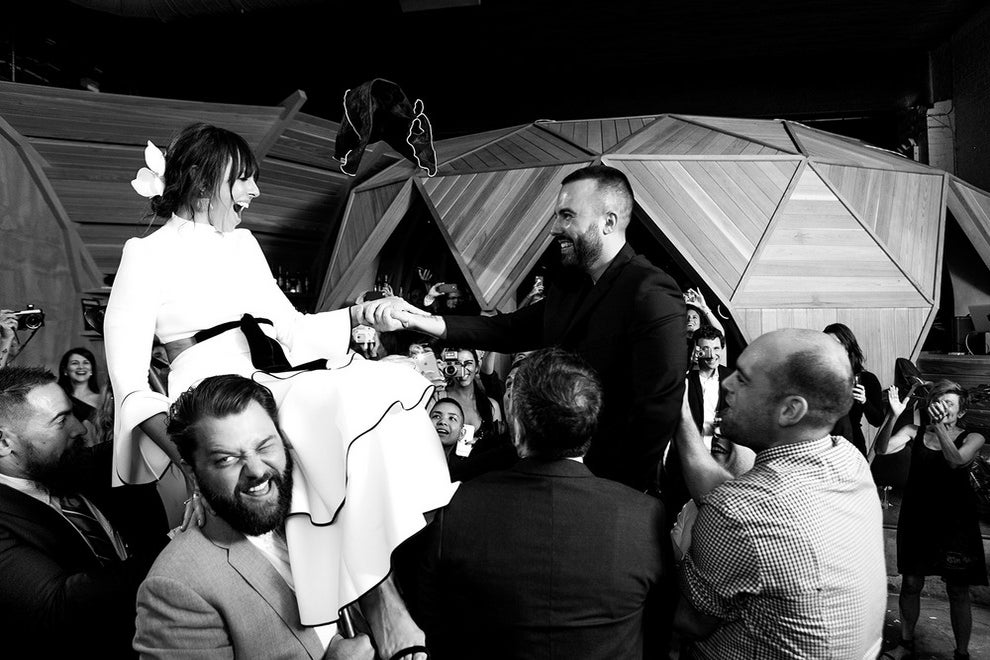 You may think you’re the best behaved person on the planet, but the most common wedding guest gaffes have been committed be even the most devout Emily Post subscribers. From complaining and drinking too much to not obeying the dress code and over-posting on social media, here are 12 things to avoid when you show up on the big day, according to the world’s top wedding planners.

1. Asking for uninvited guests or bringing one

“I’ve seen guests bring dates to weddings when they weren’t allotted a plus-one,” says celebrity wedding planner Mindy Weiss. “This can really add a glitch to things like catering and more—forcing the couple to scramble to make last-minute accommodations.”

How to know if you have one: “If the envelope is addressed to you and a guest, you’re in the clear to bring a date. If it’s addressed to you alone, you’ll need to fly solo,” advises Weiss. “The same goes for children—don’t assume children are invited, unless explicitly stated on the invitation.”

Sharon Sacks notes that another no-no is moving your seat. “Respect the couple’s wishes; a lot of time goes into curating the seating chart and guest list before ultimately sending the wedding invitations, so do your part to help make them a reality,” she says.

3. Making a fuss over minor inconveniences

Event planner Larry Scott of Lawrence Scott Events says: “When you’re a guest, that means guest, so you have to abide by the host’s way of entertaining. For example: Whatever the bride and groom have planned for the meal, try to make it work. It’s not your last meal; find one thing that you can eat. It’s not your party, so don’t try to re-invent it.”

Celebrity wedding planner planner Marcy Blum has a few more things to add to your don’t-complain-about list: that the ceremony was too long (or too short), and any kind of issue with the hotel block.

4. Trying to be the center of attention

“If the bride is not your best friend, and if you’re not really part of the main circle, don’t try to become a focal point at somebody else’s wedding,” adds Scott. “Stay in your lane. That means not getting up when the bride is dancing with her father, not stopping the couple to chat when they are on their way to photos, and if you can’t handle the liquor, don’t drink.”

Of course we all know that wearing white is a faux pas (unless you are requested to), but don’t dress in an overtly flashy or alluring way either,” says planner Marcy Blum. Other things that really irk Blum? Requesting songs from the band or DJ, giving an impromptu toast without asking if it’s okay, and bringing a bulky gift to a venue where it has to be taken home that night.

6. Being tardy to the party

One thing Celebrity Wedding Planer David Tutera can’t stress enough is not to be late to the ceremony. “A guest showing up during the wedding processional is a massive distraction and showing up during the middle of the service is also not good. If you are going to be late, arrive quietly and sit in the back after the bridal party is at the front of the room,” he suggests. “The David Tutera Invitations By Dawn has a line where you can share the ceremony start time for all guests to have, but these should be stated 30 minutes earlier then when you will actually start.”

Chelsea Tyszko, event planner at SKY Armory, recalls having a guest who had a severe nut allergy and brought her own food because she didn’t her need would be accommodated. “She was so happy that she started to tear up when our chef made her a chicken dish that was not on the menu, but would be nut-free. Ideally, you can tell the couple in advance when you RSVP if you have a serious allergy so they can speak to their caterer or venue about options. And if you selected a menu item that you now realize has an ingredient you are allergic to, don’t keep silent. Ask the server if there is anything they can do.”

8. Not obeying the dress code

“When guests don’t comply with the wedding dress code, it can completely throw off the moment and theme of the bride and groom’s special day,” warns Lorena Corona, weddings and event coordinator at Krystal Grand Los Cabos. “While we always make sure to include the dress code in the correspondence, we like to also send guests a link to a Pinterest board that will give them an idea of attire inspiration, appropriate shoe choices, and overall style of the wedding theme.”

“With social media making all-things wedding instantly post-able, please fight the temptation to post prematurely,” advises Amy Shey Jacobs, founder and creative director of Chandelier Events. “The couple does not want you to give the wedding details and surprises away before they’ve even happened. And whatever you do, do not post a photo of the bride in her gown BEFORE she even walks down the aisle. Take a shot, if you must, and add it to your IG story as a #latergram.”

10. Whipping out your cell phone during the ceremony

Another thing Jacobs has seen way too much of? A couple getting their wedding photos back and seeing tons of cell phones, guests in the aisle, or a guest with a phone or a camera from behind the altar, in view of the money shot. “Chances are the couple has spent a lot of money and worked hard to find a professional photographer they trust to capture the moment,” she says, “and nothing feels worse than seeing a wedding guest you cherish with eyes down on a football game when you are standing at the altar (true story).”

“As soon as you receive the invite, check your calendar, and send the RSVP back immediately,” urges Claudia Hanlin, owner of The Wedding Library. “Do NOT file it away to address later. We often have to hunt down those last guests several times before they respond and at that point you may not want them attending any more!”

12. Blocking the entrance to the cocktail reception or bar

Be aware of your surroundings and allow the waiters to offer hors d’oeuvres to everyone and other guests access to the bar, advises Hanlin. “Don’t be the person who scarfs down all the caviar as soon as it comes out of the kitchen!”

These Are the Biggest Wedding Trends for 2018The One-Stop Shop for Your Wedding Registry? Ikea8 Ways To Make Your Wedding A Chic, Charitable Affair