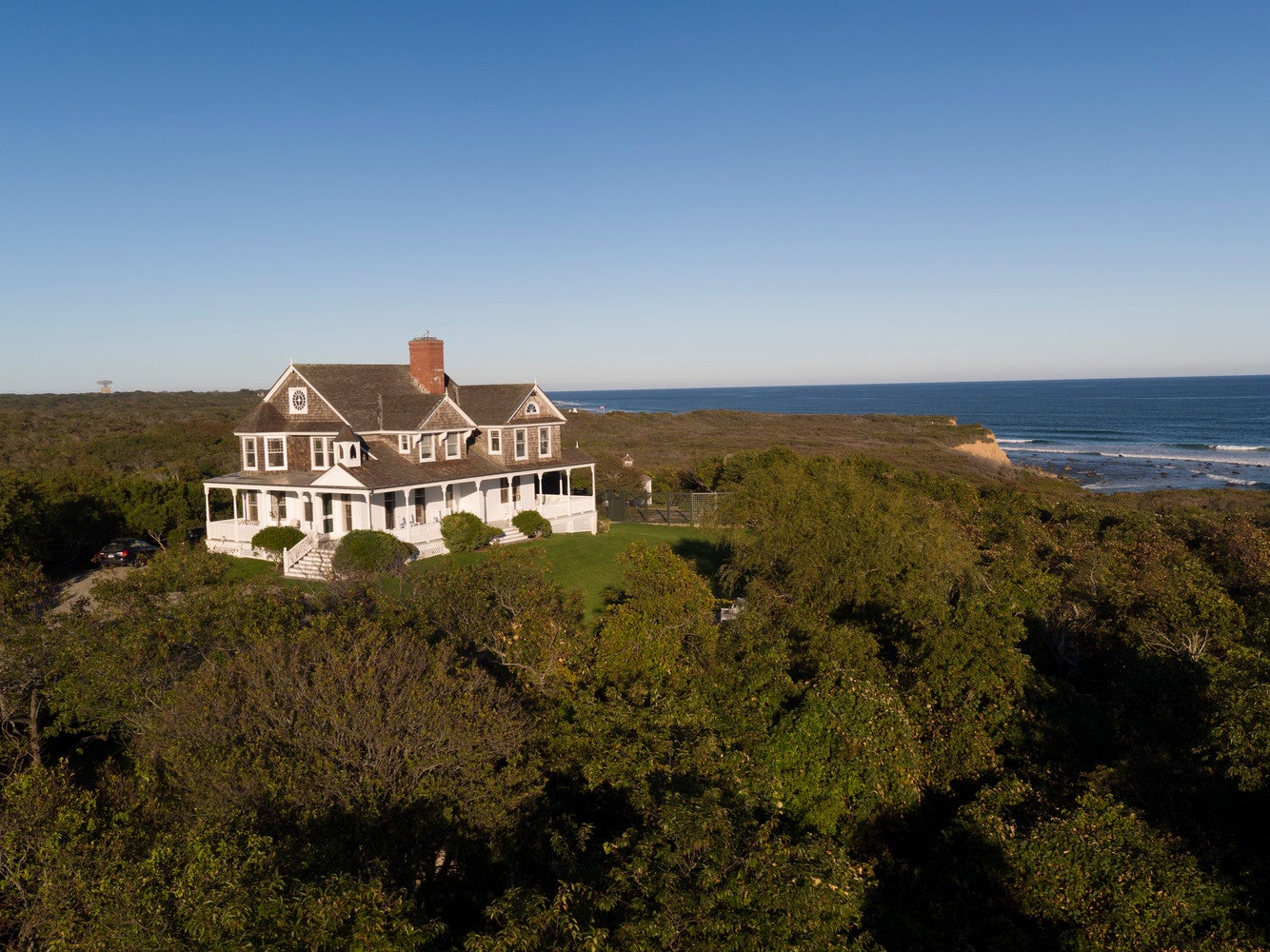 Photography by THE CORCORAN GROUP

Here’s a once in a lifetime opportunity (for a billionaire): Montauk’s historic

—designed by Stanford White as one of the “Seven Sisters” of shingled homes—is on the market for $62 million. Current owner talk show host and author Dick Cavett is selling the unbelievable home, which sits on 19 acres that have 900 feet of ocean frontage.

The home is listed with Corcoran’s Karen Kelley and Tim Davis, and while only the 1 percent of the 1 percent will be able to afford the home, the listing gives a rare glimpse inside one of the most famous homes in the Hamptons. “It’s an incredibly majestic and gracious home,” says Kelley, adding that the property is her favorite home. “It has such a magical storybook feeling.”

The original Tick Hall was built in 1879, but it burned down in a tragic accident in 1997, leaving behind only the chimney. At that time, Cavett and his wife, actress Carrie Nye, had lived in the home for 30 years, and they undertook a painstaking plan to rebuild the structure.

They worked with architect James Hadley and a team of conservators to replicate the home on the site, even recreating any original mistakes—an incredibly arduous task considering no plans of the home remained. To get measurements right, they scrutinized any images they could find: To determine how high the windows should be, they measured the height of their pet dogs, because they had a photo of them jumping up on a windowsill.

Kelley notes that they sourced the walnut wood for the staircase from Italy because that’s what was originally used by White. “The interiors are replicated to the T,” she says. The rebuilding process was memorialized in From the Ashes: The Life and Times of Tick Hall, a 2003 documentary.

The 6,000-square-foot home has a “great flow,” according to Kelley. The “cozy” living room features a fireplace, and there’s an “extraordinarily lovely library.” The country kitchen was renovated a little over two years ago, and it opens out onto the wraparound porch.

The staircase leads up to a wide, well-lit landing, where you’ll find the bedrooms (seven in total). Every room has stunning views, which were considered from the very start.

“The house really breathes with the ocean,” says Kelley. “It’s very alive, but it’s so quiet and in harmony with nature.”

The stretch of beach is known by locals as“Cavett’s Cove,” and the listing describes it as “the most private sandy beach on the East End.” The property also holds a fresh water pond, swimming pool, and equestrian trails.

Cavett, now 80, is having something of a renaissance with his career, and Kelley says that they decided to sell simply because it’s time to start a new chapter. The couple owns several other homes, and they don’t make it out to Tick Hall that much.