If the city’s newest hotel opening is any indication. 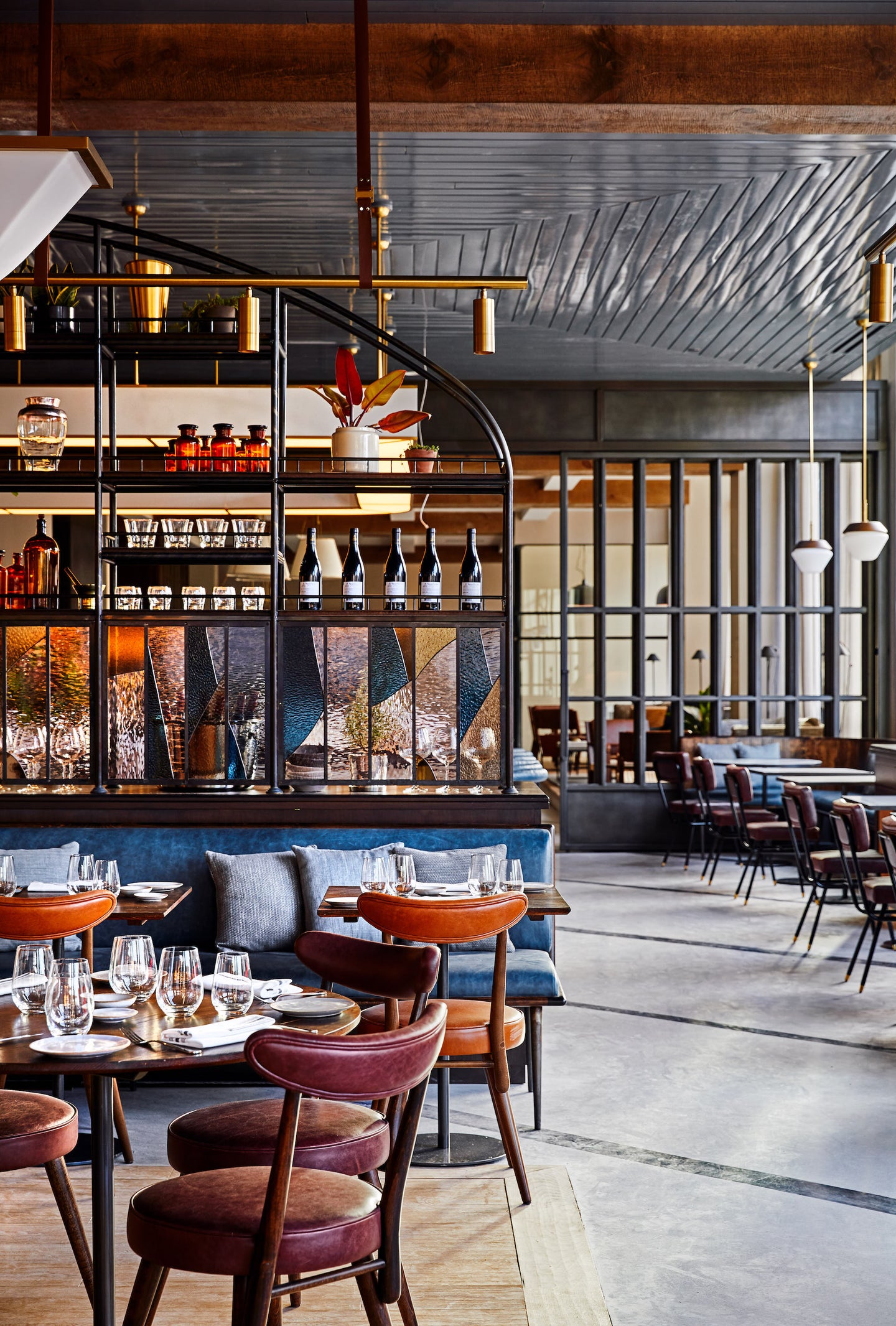 Unless you’re planning on attending Yale University or know someone who is, New Haven, Connecticut, might not be at the top of your travel list. College towns, after all, aren’t historically peppered with stylish design hotels and award-winning restaurants, but something tells us this might be about to change.

New Haven may have long been known for its New England charm, historic buildings, and bubbling culinary scene, but now, it can add another item to its list. Last week, the quintessential college town welcomed The Blake, the city’s first, high-end, community-focused boutique hotel, following a slew of other similarly positioned hospitality offerings like The Dean Hotel in Providence, Rhode Island, or The Graduate Hotel in Lincoln, Nebraska.

There is much more to The Blake’s name than initially meets the eye. For one, the hotel was coined after Alice Blake, Yale’s first female graduate. This perfectly timed opening comes on the heel of the blockbuster On the Basis of Sex, where a young Ruth Bader Ginsburg gets questioned by the Dean of Harvard Law School for taking a man’s place in class. This hotel’s storied past is just another reminder of how far women have come in the academic world, and culture-rich New Haven is the perfect place for this type of empowering showcase.

Beyond being timely in both location choice and cultural moments, The Blake speaks to more sophisticated travelers and curious locals, offering carefully crafted spaces by London-based Alexander Waterworth Interiors and HVS Design and a Michelin-starred restaurant, courtesy of Matt and Barbara Lambert and Jennifer Vitagliano of The Musket Room fame in New York City.

The developers, Claire and Randy Salvatore of RMS Companies, who saw a demand for more elevated accommodations in the area, were careful to bring in power players of the food and design worlds to meet the standards of a more sophisticated traveler. “The goal of both the architecture and design was to create a welcoming, comfortable place that would appeal to both locals and travelers alike,” explains Randy, “whether to simply sit in the lobby for coffee, dine with friends at Hamilton Park, or stay in the hotel for a just a night or an extended period.”

The hotel’s food and drink offerings are also designed to attract discerning palates from both local and international crowds: The restaurant, Hamilton Park, is run by the Michelin-starred team behind The Musket Room in Manhattan. “I was introduced to Matt and Barbara Lambert and Jennifer Vitagliano a few years ago by a mutual acquaintance, and when the opportunity to work together came up with The Blake, I reached out to them,” says Salvatore.

“It’s been a great experience collaborating and it’s exciting for us to be able to offer a culinary and social experience like no other in the area.” The cocktail program is by acclaimed mixologist Eben Freeman (formerly of wd~50 in NYC). A second restaurant and rooftop bar is set to debut in the spring.

Scholars and academics may walk the halls of The Blake for years to come—with good reason—but there is much more to see in the quintessential New England college town: “There are so much culture and history in the city, and I think that the art galleries and theater venues are some of the finest in the country,” says Salvatore. “What makes New Haven a great destination is that everything is walkable, accessible, and also affordable.” If the idea of visiting the famed home of Yale University sounds appealing, you now have one more reason to add it to the list.