A Supersize Pink Sofa Means Everyone in This Family Chills Together

As well as on the home's spirited portrait gallery wall. 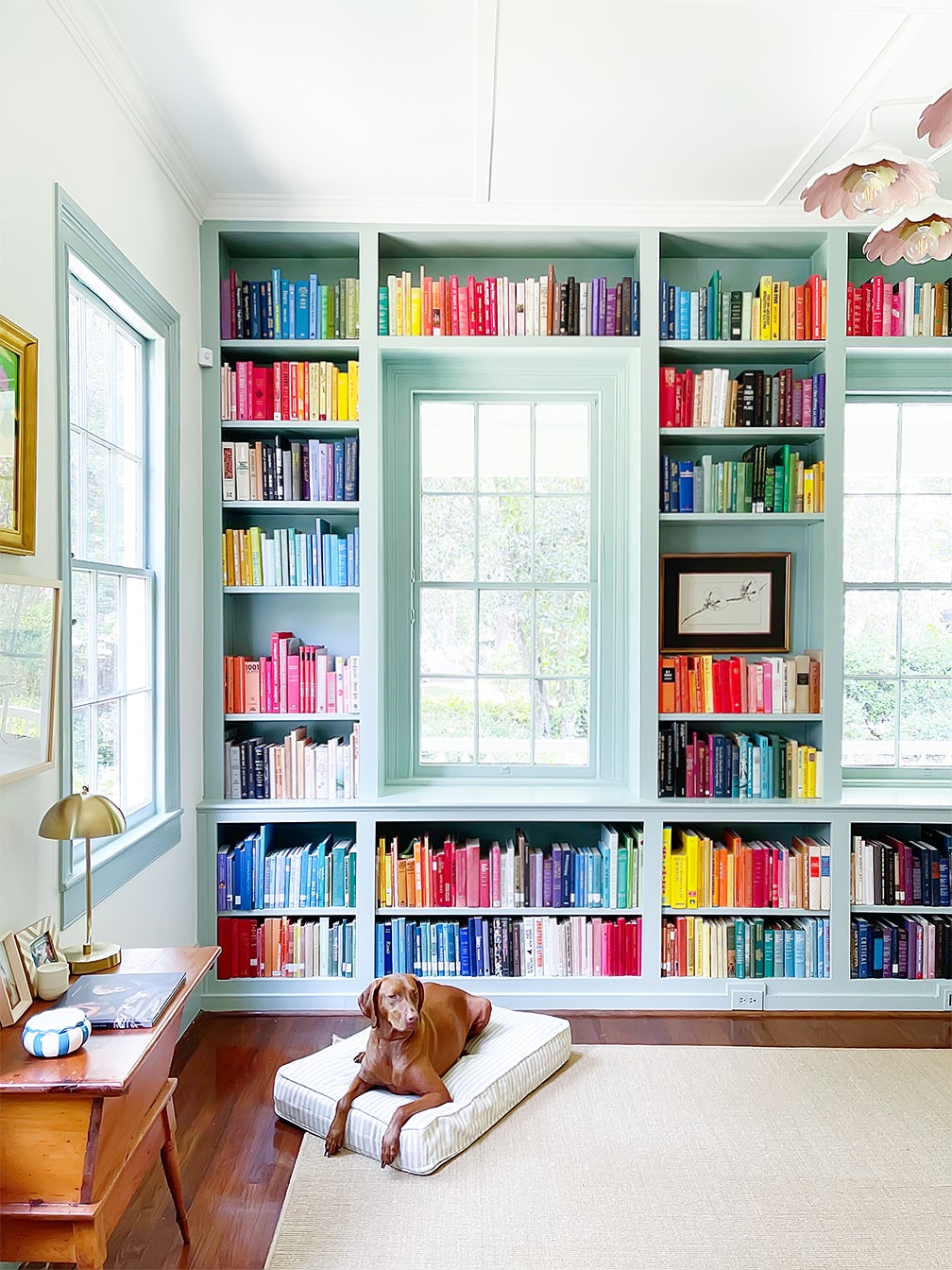 When Summerville, South Carolina–based photographer Gray Benko took her husband, Mike, to the USC hospital on Christmas morning in 2019, she didn’t expect to be sleeping in an armchair for six days. (They went in thinking he needed to be treated for leg pain and learned it was a septic joint and MRSA in his bloodstream.) With their two kids, Farris (now 11) and Charlie (now 8), crashing at their grandparents’ place out of town, Gray hunkered down in the uncomfy recliner. “I obviously wanted to be there with him, but I was also partially terrified to sleep in our house by myself,” she recalls. The reason: The 200-plus-year-old home they had just moved into less than two weeks prior was rumored to be haunted.

Once Mike had fully recovered, everyone returned home to get back to unpacking boxes, and Gray took it upon herself to ward off any unwanted spirits with bold doses of color. “I decided I was going to make this house as bright and happy as possible,” she says. There’s a silver lining to everything and, in this case, it came in the form of botanical wallpaper, a bubblegum pink sectional, and punchy trim paint.

One way to keep a ghost at bay is to bring in new friends for them to hang out with. Her portrait gallery wall in the foyer is an assemblage of antique mall and Etsy finds, along with a few gems from friends. Gray, who naturally gravitates toward portraiture (she used to take photos of other people’s families, but now makes a living capturing her own kids on Instagram), calls the stairwell display her “wall of misfits.” “I love them because you wonder, who are these people? Why did no one keep their portrait?” she says.

Tying all their stories together: wildflower wallpaper. Gray searched high and low for a print for the space until she decided to have her own custom-made by a company she found on Instagram, Wallpaperie. She sent in snapshots of blooms she liked and they turned it into a print (which you can now buy in the shop in prepasted or peel-and-stick form).

“I decided I was going to make this house as bright and happy as possible.”

The staircase isn’t always picture-perfect, though: Shoes, notebooks, and other miscellaneous objects collect at the bottom, leading to a big cleanup once a month or so. “Sometimes there’s no corralling the mess; you just have to accept it,” she concedes.

A few more friendly faces and characters make an appearance in Charlie’s bedroom, except these pictures have one thing in common: sailing. The nautical theme was inspired by Gray’s dad’s childhood bedroom, which, to this day, has gone virtually untouched since the 1950s. “He’s an avid sailor, so it’s almost an homage to him,” she says.

The extra-large living room (Gray guesses it was once two separate spaces) called for a supersize sofa. Cue the deep, fluffy, cloudlike Celadon Home sectional swathed in Barbie pink velvet fabric. “I felt like something that was going to be that large needed to add to the space as a whole,” she explains as to why she departed from classic white or gray. The seven cushions work in the family of four’s favor: Everyone can sit on it and completely spread out without touching. “You can fit a whole football team on it,” Gray says, laughing.

The nearby bookcase, painted Wythe Blue by Benjamin Moore, was a mid-quarantine project that involved “a bazillion trips” to Habitat for Humanity (you can take home a bag of books for $1). “By the end, my bags kept getting larger,” Gray recalls. “I was like, what about a duffel if I give you $10?” All of the reads were chosen based on the color of the cover and binding (Gray remembers where things are based on hue, not alphabetical order), but there are plenty of classic novels in the mix, as well as some quirky ones. Anything that didn’t qualify as kid-friendly but happened to be the right tone lives on the highest shelves, out of reach of little hands. “I think my body took over at some point, because I look at that wall now and I wonder: How did I do that?” she says.

“Something that was going to be that large needed to add to the space as a whole.”

Introducing color via paint was surprisingly low effort. In most spaces, she kept the walls white and only touched the trim and windows. “It’s relatively easy but has a big impact, especially in older homes,” she says of spotlighting the architectural character. The only space that’s the exception is the allover-blue den, which she and Mike painted themselves, much to his dismay (leaf blowing and caring for the family’s chickens out back is more his speed). “He is so handy, but he hates to paint,” she says, laughing.

Changing Farris’s dollhouse-like shelving unit (another antiques mall score) from pink to lavender to match her room’s trim was an even simpler paint refresh. While Farris doesn’t have much decorating say yet, her lemonade stand side hustle has been keeping her busy these days. Charlie is also getting reacquainted with the outdoors (after a bout of Xbox-bingeing), carving sticks and shooting bows and arrows under his dad’s supervision in the backyard. Meanwhile Gray is there, behind the camera, capturing it all.

“It’s become sort of a creative outlet,” she says of sharing snapshots of their badminton tournaments, incessant vacuuming, and pool days online. “The fact that I’ve been able to turn photography into a tool that helps take care of my family is even better.” It helps for shoots to have a colorful home as a backdrop.