You won’t recognize the cinder-block fence either. 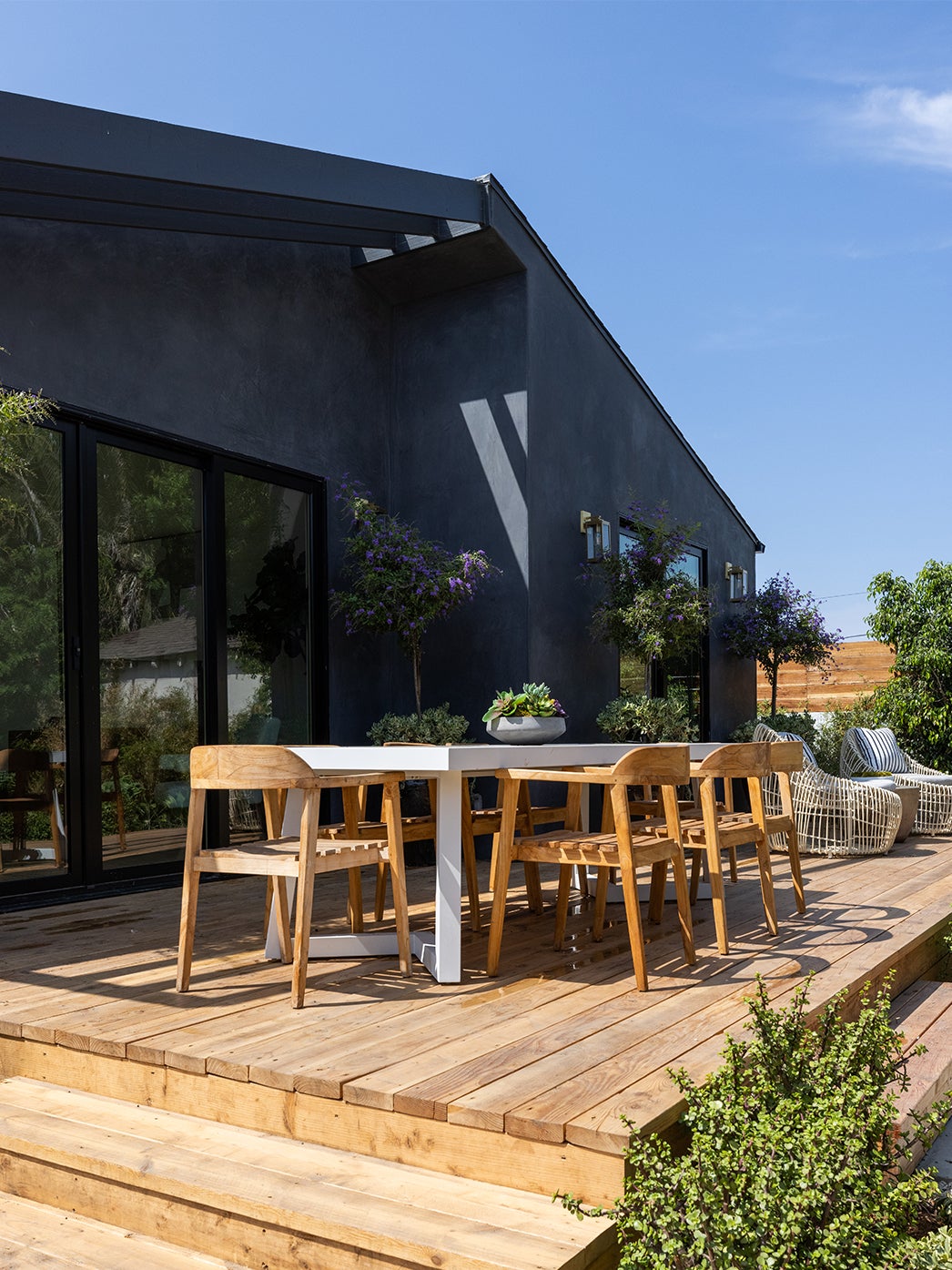 You don’t have to choose between blending in or standing out. A perfect balance does exist (at least, as far as your house goes). Just ask designer Lea Shain, who recently gave a once sad blue bungalow in Los Angeles (built in 1944) curb appeal, all without disrupting the flow of the rest of the one-story homes on the street. “It needed to fit into the neighborhood but also be modernized,” explains Shain. As her contractor, Brett Baer, puts it: It was never the goal to lay a spaceship on a postage stamp–size home. “It wasn’t just a ‘scrape and pop up’ type of project,” he says.

At the same time, Shain imagined what the next evolution of the house would be. Part one of that vision involved expanding the 1,000-square-foot home by widening the gable and porch, and on the inside, moving the entrance over a smidge in order to turn one of the bedrooms into a proper foyer. Before “it was just flat and square,” explains the designer (not to mention blue). “It was highly utilitarian. It needed depth.” Here’s how Shain and Baer pulled off the 360-degree transformation.

Make the Front Yard a Place to Socialize

Shain and Baer took the front yard from no-man’s-land to zen with a few simple additions: a pergola (easily accessible through one of the bedrooms via sliding doors), a streamlined walkway, and a chic wood door with oversize black hardware. Over the course of the three months Shain spent designing the space, she focused on usability. “The idea of these homes in the ’50s was that you were in your front yard talking to your neighbors,” says Baer of restoring that feeling.

Shain’s simple explanation for going black: “White was just overdone,” says the designer, who swathed the facade in Benjamin Moore’s Wrought Iron hue—a balanced, muted black that infuses the exterior with a touch of Scandi farmhouse. The dramatic choice helps the predominantly drought-tolerant landscaping, wood fence, and pergola details stand out. “It’s not so monolithic,” says Shain. “There are all these natural elements and tones.”

On paper, the side entrance seemed redundant. Shain’s first thought was: Why would you need an additional door when you can enter from the front yard and the deck? But after playing out various scenarios in her head, she decided it was crucial to keep it. For starters, it’s a convenient place to walk in when unloading groceries from the car. “It’s a really nice function,” she says.

A streamlined deck and subtle roof jut-out gave the backyard much-needed dimension, while doors connecting the area to the main bedroom and family room embody that outdoor-indoor Cali lifestyle. Baer painted the existing cinder-block barrier and then added wood on top for extra privacy. “It’s a little oasis in the city now,” he says.