Sherwin-Williams’ 2019 Color of the Year Is a Desert Dream

Everything to know about the shade that will inspire your next aesthetic obsession. 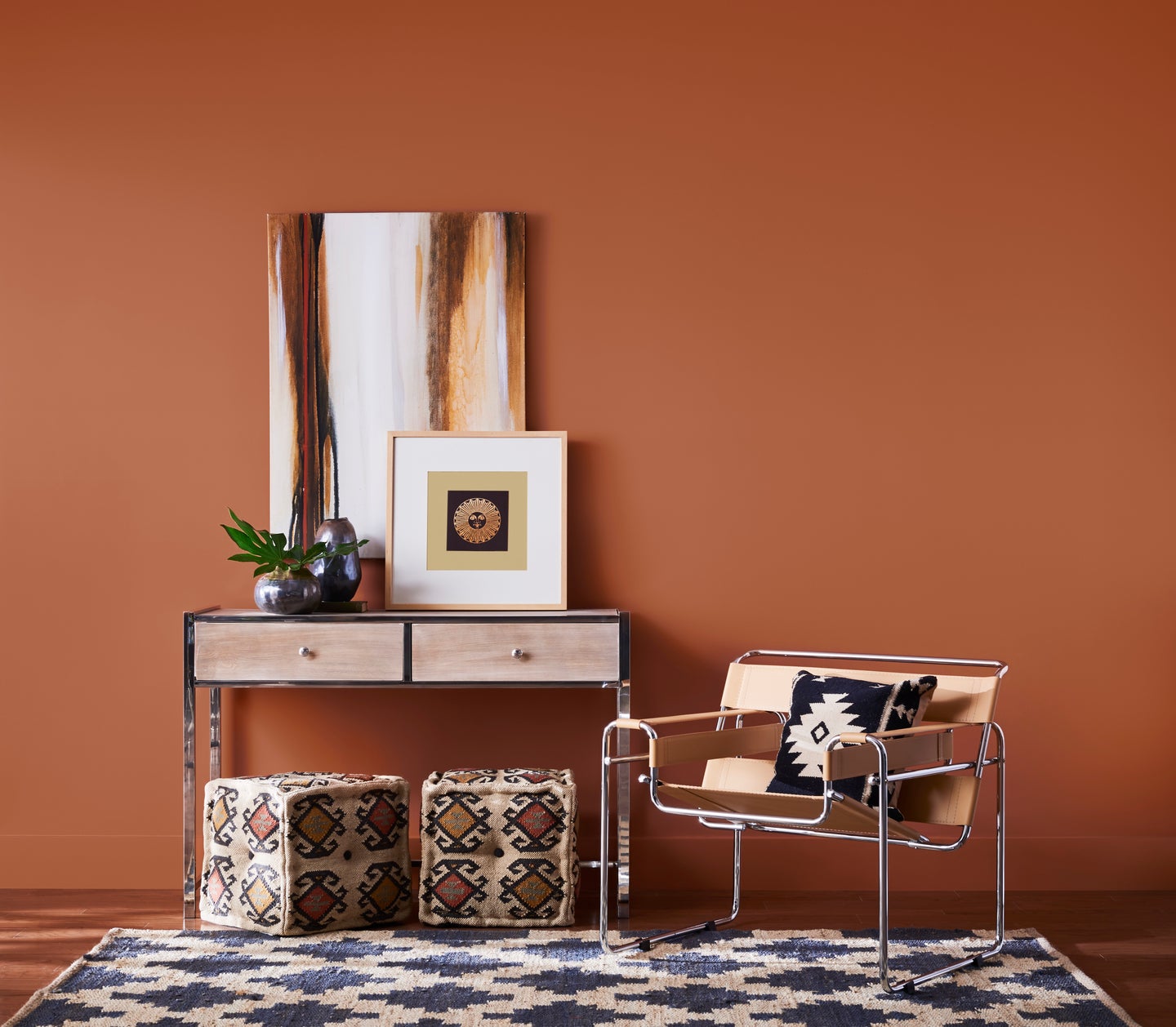 Of the many trends on the new bohemian’s radar, warm desert shades reign supreme. Here to fulfill cravings for all things arid is Sherwin-Williams’ inspired pick for the 2019 Color of the Year. Dubbed “Cavern Clay“, the sun-washed terracotta hue is an organic neutral famously prevalent in the American southwest.

“I think there’s a freedom and casualness to this color. It just feels really approachable and embraceable,” says Sue Wadden, the director of color marketing for Sherwin–Williams. “I love it for a lot of reasons and mostly because I think it’s so versatile.”

Straddling the tonal boundaries between a rusty brown and a brick orange, Cavern Clay is as much an ode to timeless mid-century design as it is to contemporary desert living. As with all of the paint purveyor’s annual announcements, this year’s choice was hand-selected by an in-house team of experts who gathered together for a week-long breakdown of up-and-coming trends. The muddy orange shade was specifically inspired by a sense of wanderlust their forecasters were seeing on the runways and beyond.

“French designers are really experimenting with this whole “cool cowgirl-chic” aesthetic. Think, tassels and fringes and boleros—it was really wild. So I started thinking about what that means and it ties back to this idea of the wanderer… of getting out and seeing the world. The American southwest is just so stunningly beautiful that it’s an easy narrative to tell,” explains Wadden.

Although Cavern Clay isn’t your typical neutral, its decorative strength lies in the references to nature. Whether you have a home full of mid-century furniture or your taste errs toward rustic-industrial, this earth-informed shade instantly feels like it belongs—especially when surrounded by materials like wood and stone or soothing shades of gray that pick up on its organic ways. For those who aren’t especially keen on swathing their walls in this hue (be it due to their penchant for white or dedicated dislike of orange), Cavern Clay also lends itself to more subtle moments.

“I could see this on the kitchen cabinets or on the exterior of a building as an accent wall,” suggests Wadden. “I think it can be used in such an interesting way in so many applications because it’s such a brick orange. We see it referencing a lot of natural materials, which makes it easier to bring in than other colors.”

Reminiscent of a walk through sandy scenery, this canyon-cool terracotta hue might be the answer for all of us who want a desert oasis to call our own, but can’t afford said luxury. Cavern Clay is a keepsake of all the things we love about the stark desert landscape and long treks into the wilderness—plus, maximalists, minimalists, and modernists alike can all agree that every home deserves a touch of the untamed.

Catch up on more colors we’re loving: Behr’s 2019 Color of the Year Is Exactly What We Needed A Handy Cheat Sheet for Decorating with Yellow 9 Rooms That Will Change the Way You Think About Orange

Isn’t it time you got the news you actually want? Sign up for your daily Domino email here.
Go to mobile version