The actress put the home up for sale in order to finance legal action against producer Harvey Weinstein. 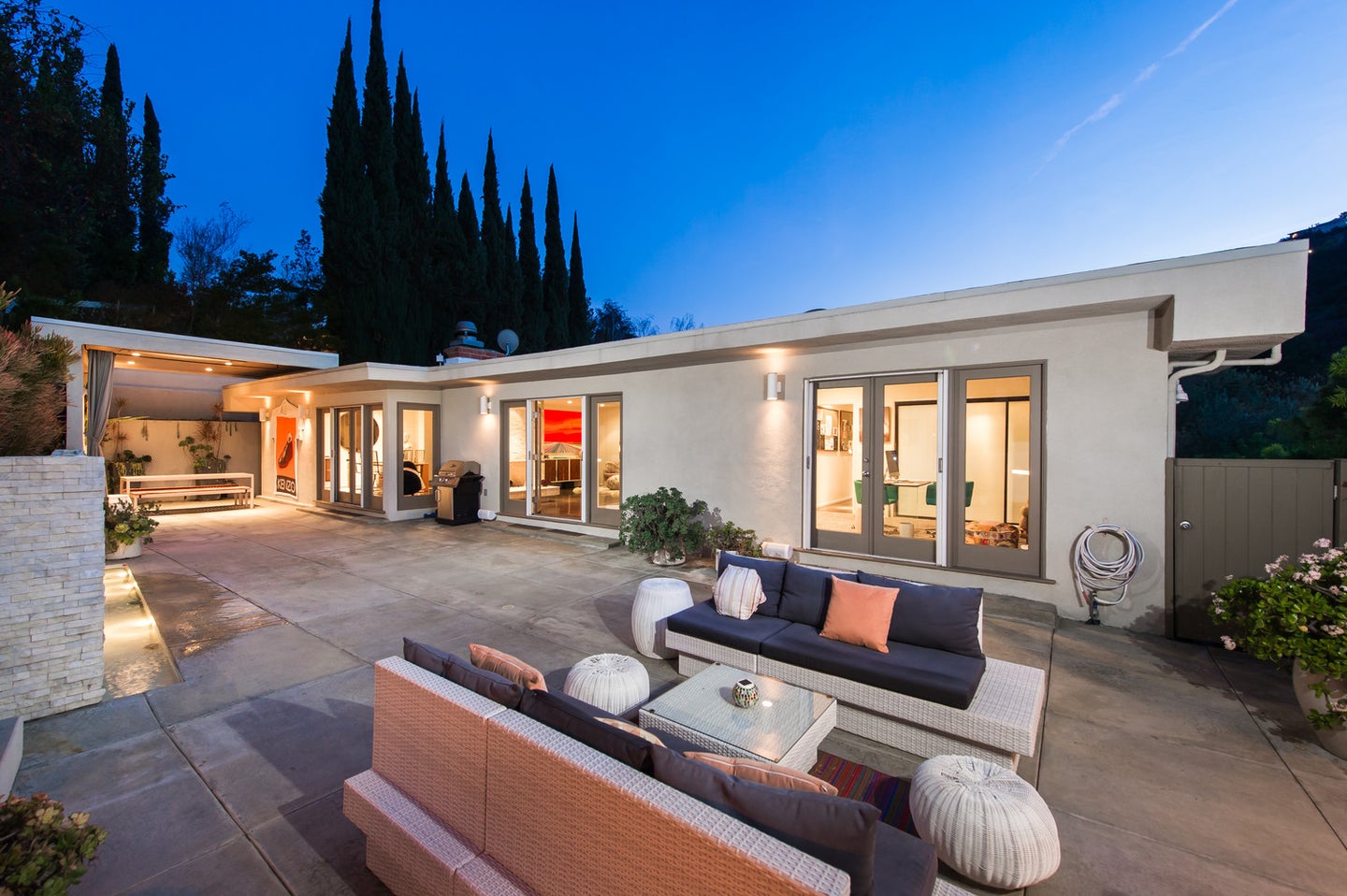 Charmed actress and activist Rose McGowan has sold her stunning, modern Los Angeles home less than a month after she put it on the market—and while the house is beautiful, the story behind why McGowan is selling is not. She’s one of the many actresses who have spoken out against Hollywood producer Harvey Weinstein—she has accused him of rape and detailed the sexual assault in her fearlessly honest memoir, Brave—and has sold her home in order to finance legal action against Weinstein.

The two-story, mid-century modern Hollywood Hills home measures 2,923 square feet, and features three bathrooms and four bedrooms. The actress had listed it for the asking price of $1.9 million, and sold it at just that, making a nice profit: She first picked up the home for $1.39 million back in 2011.

“It’s an honor to represent this beautiful, mid-century modern, Hollywood Hills home,” says Tracy Tutor Maltas of Douglas Elliman, who holds the listing. “More importantly, I am proud to stand behind Rose, who is fiercely brave and has started a revolution on behalf of women everywhere by speaking her truth.”

The 1960s home’s crisp white Art Deco exterior immediately catches one’s attention, and the glass, floor-to-ceiling windows offer sweeping views of the lush landscape. The floating staircase connecting the upper and lower level gives a breezy feel to the home, which enhances its SoCal vibes by catering to the outdoors.

The lower level features an open floor plan, with a double-sided fireplace and multiple access points to the expansive patio. The kitchen is on the smaller side, but it has a center island with seating and upgraded cabinets, and there’s space for a small dining table as well.

There’s also an office area (do you think she wrote her book here?) on the lower level, with direct access to the patio. Upstairs, you’ll find the master suite, where the bathroom is all about modern accents and marble, while the bedroom has ample closet space. Of course, large windows allow for plenty of California sunshine.

The real star of the home, though? The patio.

The massive estate allows plenty of room for outdoor living, with the entertaining area boasting enough space for two sets of couches, a fireplace, and even a picnic table. Perfect for grilling with friends over the weekend or just cozying up with a good book if the weather is nice, the chic backyard is the definition of #OutdoorGoals.