An Inside Look at the ‘Restored by the Fords’ Season Finale 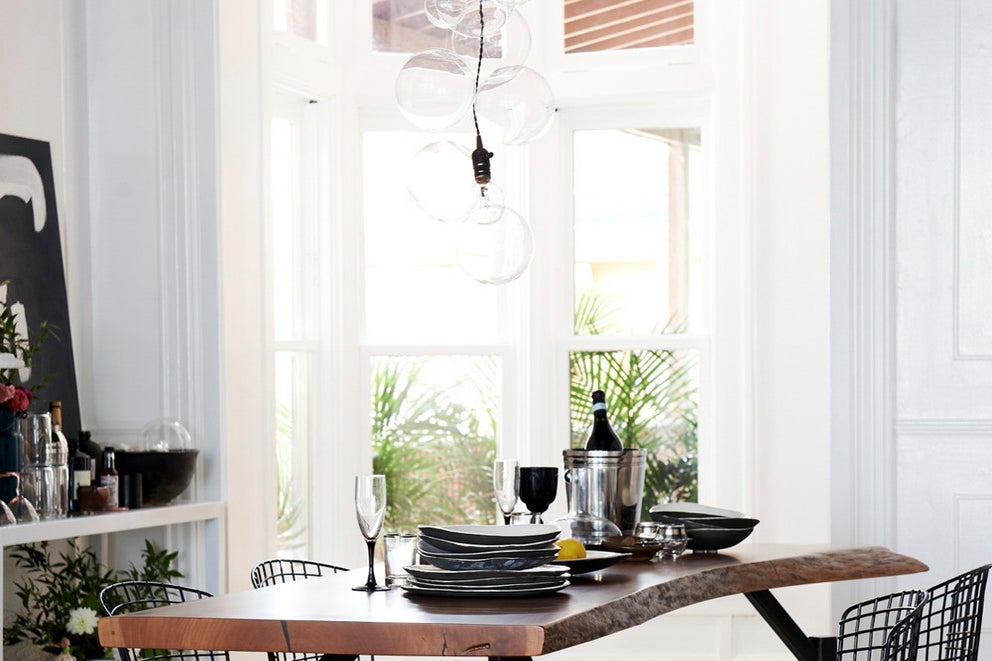 So, bad news first: The first season of

Restored by the Fords

officially wrapped last night. The good news is that the HGTV hit show has been renewed for a second season, meaning this isn’t the last we’ll see of brother-sister duo Steve and

. The even better news? We caught up with Leanne to get the inside scoop on the stunning home featured in the season one finale—and it’s definitely one for the Pinterest boards.

As with the other homes featured in the show, last night’s was an aging Pittsburgh house in dire need of some TLC. Situated in the North Side of the city, the traditional row house was dark, closed in, and wallpaper-heavy (and not in a good way).

“The previous owners had decorated it with dark red and green wallpapers and murals,” remembers Ford. “The homeowners loved the area, the bones of the home, and the history. The dark walls and wallpaper were really taking away from the best part of the home, which was the beautiful high ceilings and architecture.”

Which meant the first order of business was brightening the home to restore it to its full potential. Because it was a row home, the only windows were on the front and back of the home; breaking the entire back wall and creating one massive glass window allowed for a steady stream of light to flow in to the now larger-looking kitchen.

Relocating the first floor powder room from the back wall was another big project that took work, but paid off in the end—though according to Ford, it proved to be one of the more difficult obstacles the duo faced in the redesign.

“My brother will tell you it was the days and days of tearing wallpaper off the walls. He still hasn’t fully recovered from that, I think,” she says of the biggest challenge they encountered. “But taking out an outside load-bearing wall to replace it with a glass wall is a big to-do. And not cheap.”

Other architectural changes included adding a box trim to the walls—to create height and add detail—incorporating brick tiling in the kitchen to mimic the exterior of the home, and restaining the wooden floors with a matte natural poly to bring a fresh, clean feel to the space. They covered one of the built-in fireplaces with concrete for a modern feel. Despite these contemporary updates, they did keep a few of the more classic features intact, such as the marble fireplace.

The space, which Ford dubs “Paris meets Berlin meets Pittsburgh,” may be inspired by the clients’ love for art and the local scene, but the largely whitewashed aesthetic is reminiscent of Ford’s own personal style. In her own restored 1945 farmhouse, Ford relied on a white-on-white palette, using materials to bring in some contrast and creating a calming oasis in the process. Though this Pittsburgh artist retreat is definitely a step in the bold direction and uses more noticeable pops pops of color in the artwork and smaller decorative pieces, the backdrop remains relatively minimalist.

“I usually really stay away from color in my design projects, but this house led me to using it. Knowing the clients love color, and love art with color, is what inspired the rug, art, and chairs. It is also what inspired the simplicity of the black and white bones of the house,” says Ford, explaining how she balanced color with an overall minimalist aesthetic. “They now have the ability to swap out art and furniture as they find it and are inspired to do so.”

“The art pouring down the stairs—that was a FUN project to work on with [Kelly]. She is an artistic genius,” she says. “I am always so thrilled to work with other creative souls. It inspires me to keep creating!”

We’ll just have to wait until the second season of Restored by the Fords to see what she creates next.