It transforms food scraps while you sleep. 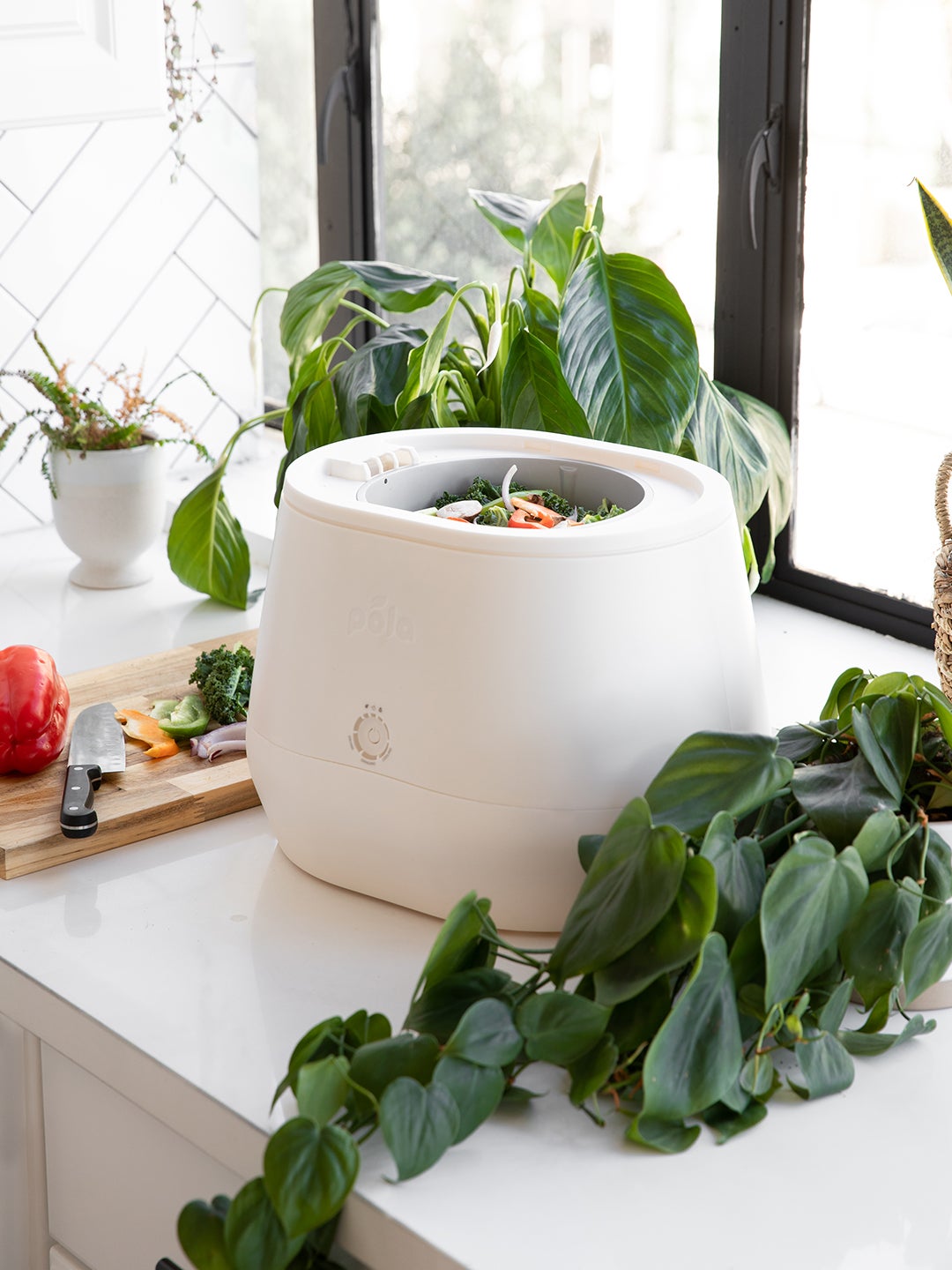 As a seasoned gardener and plant parent, I fully understand the inescapable truth that compost is the best way to feed your soil. So I have two systems set up in my suburban Atlanta yard: a tumbler and a stationary bin. The only bummer about creating your own soil, though, is that traditional composting takes months. So when I saw the ads for the Pela Lomi Kitchen Composter claiming it can transform kitchen scraps into compost in just hours, needless to say I was skeptical. I pored over online reviews and comments from real users and still wasn’t convinced. I had to try this thing for myself.

When it arrived, I was immediately impressed with the 100 percent recyclable packaging. Better yet, all the packing materials can be put in the Lomi—even the bioplastic protective covering. Aside from the composter itself, the box was filled with activated charcoal for the filters and Lomi Pods, the brand’s proprietary blend of probiotics that improves the speed of decomposition while reducing odor. A step-by-step manual shows you how to load the filters and provides a concise list of the dos and don’ts of composting. I was ready to get started.

Lomi has three cycles, and each one gives food waste a perfectly balanced mix of moisture, warmth, and oxygen levels needed to create compost, which helps speed up the natural decomposition process. The Eco Express mode gives the fastest results while using the least energy. It runs for three to five hours, and a Lomi Pod is unnecessary. However, this mode produces immature compost and should be put in a green bin or added to a larger compost bin to finish processing. The Approved mode breaks down only Lomi-approved bioplastics, runs for five to eight hours, and requires a Lomi Pod. Lastly, the longest cycle, Grow mode, runs for about 16 to 20 hours. It uses low heat to help preserve the beneficial microbes from the Lomi Pod. All the compost produced by the Lomi can be added to indoor or outdoor plants at a rate of 1 part Lomi compost to 10 parts soil.

So does Lomi really work? Yes. It does exactly what it claims to do: reduce the volume of your waste by up to 90 percent. It accepts most food scraps, leftovers, trimmings from houseplants, and paper. The entire process occurs in the compost bucket, avoiding transfer to a larger heap. I tried all three modes, and at the end of each one, the waste I added to the Lomi was transformed into something that resembled dirt, so I fed it to my houseplants. So far, they seem happy and are growing well.

One thing to note: You can’t just add anything to the bin. Composting is all about the right mix of browns and greens to create a well-balanced result. I did one cycle with leftovers and some shredded paper, not really paying attention to the balance. The result was a gooey mess that I eventually had to scrape out. (Thank goodness Lomi’s bucket is dishwasher safe!) Lomi makes it really easy to get the balance right, as long as you follow the recommendations.

More for the pro column: I like that the setup is extremely easy—it’s basically plug-and-go. The machine is sleek and has a simple user interface, so it looks great on the kitchen counter. The process is practically dummy-proof.

There are really only two things I’d change about it. First and foremost, it’s expensive. The Lomi retails for $499, not including the cost of the replacement filters and Pods. (However, the price is comparable to its competitors.) Although this con isn’t a deal breaker, it’s loud while running. It is similar to a noisy dishwasher and makes squeaky and grinding noises periodically. I found it distracting, and it was hard to fall asleep when I ran it on the Grow mode. Then again, it really does make usable soil, well, overnight.