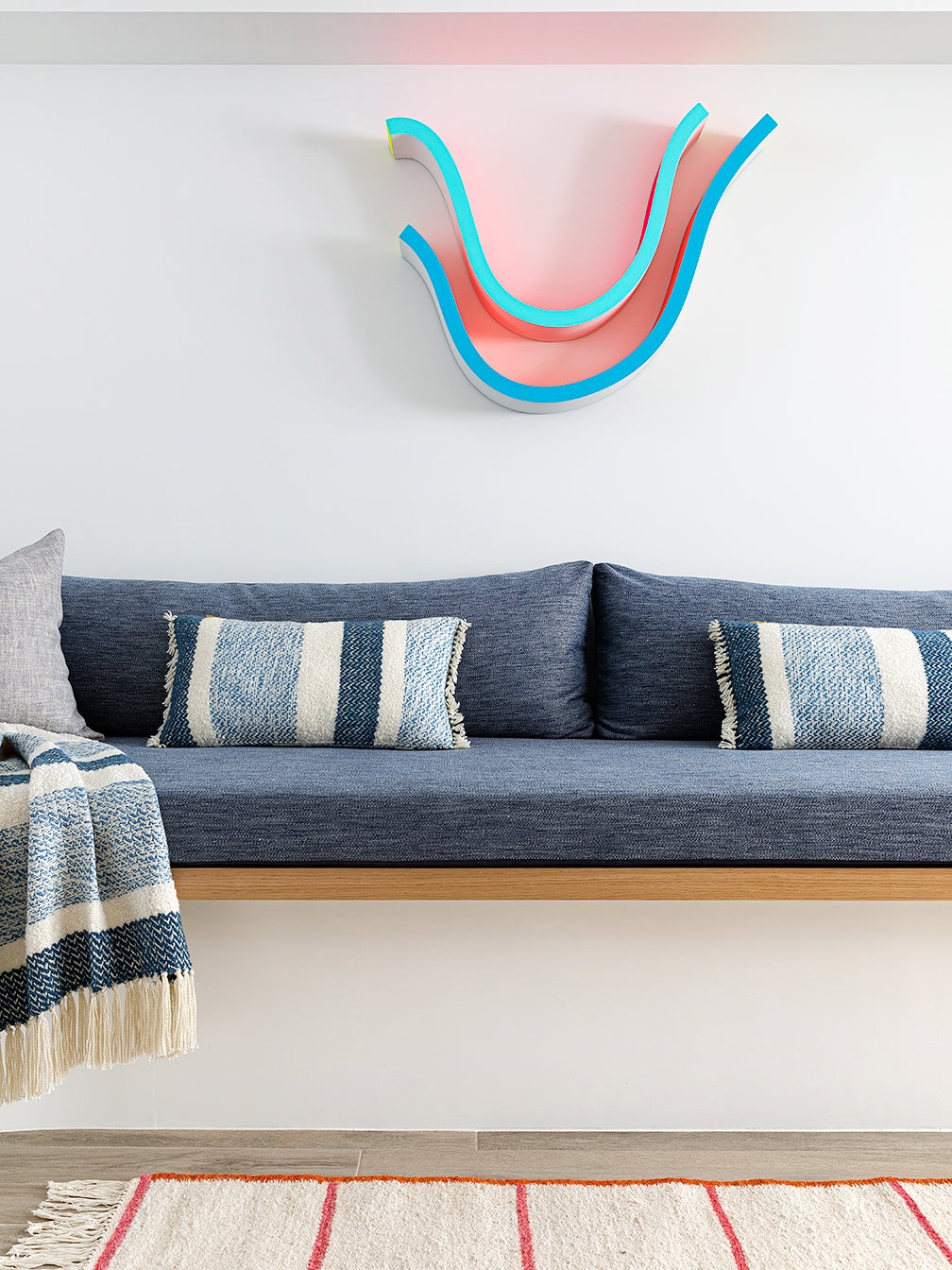 When Louise and Bradley George relocated from London to New York for work six years ago, they had two kids, Josie, now 9, and Finn, 8. A rental in Park Slope, Brooklyn, would suit them just fine while they adjusted to their new city and put down roots. But fast-forward four years (and another child, Cameron, now 4) and they needed a bigger house to call home. “Our place before wasn’t functional for a family of five,” says Louise. “The bedrooms were disproportionately different sizes, and one of the kid’s bedrooms doubled up as a guest room.”

After 18 months of searching in their neighborhood, the Georges landed on a brownstone just a few steps from the park that fit the bill—save for the fact that it badly needed a gut job. Louise was planning to take on the entire project herself, but the pandemic derailed the reno plans, and the mom of three needed backup. That’s when Alicia Hassen of Brooklinteriors came in. “Louise’s kids are her pride and joy,” says Hassen. “She gets most excited about their spaces, so we focused on that for the first half of the renovation, while the reno team finished the rest of the house.”

The couple had already started excavating the cellar level when Hassen came on board, a labor-intensive process that would tack on 2 feet of ceiling height to make the lower level livable and add an entire story to the house. Because the main wall had bump-outs used for ductwork, the designer made it part of the room, creating a long, curvy custom sofa that wraps around the space for the entire family to lounge on and watch movies. It even features a recessed nook that sits underneath a skylight (the only source of sun for the whole basement).

Hassen had already planned on making the most out of every nook and cranny, but the lockdown highlighted the need for each child (and adult) to have their own desk space for homeschooling and remote work. Instead of creating one giant office for all, the designer carved out built-in desk areas (that can streamline stuff—books, mail—post-pandemic, too) in the basement media room; the kitchen; and the kids’ floor landing, a former windowless bedroom that’s now a breezy hangout for work and play with a comfy cushioned storage bench. “I gave the kids their own little bins to put finished artwork, a paper holder, and buckets to organize pencils,” says Hassen.

Build In (and Up) to Maximize Organization

Spying yet more usable corners, Hassen added built-in seats to the bay windows in the boys’ rooms as extra spots for reading and daydreaming. Keeping storage top of mind, she also customized the inside of the built-in wardrobes and carried them all the way to the ceiling to create storage for bulkier, less used items like suitcases. She even went so far as to organize every last cubby and drawer while the Georges were away in South Africa with Bradley’s extended family during quarantine.

Layer  on to a Timeless Backdrop

When it came to infusing the kids’ personalities into their rooms, Hassen picked more permanent elements, such as bed frames and paint colors, in a neutral palette, then showcased each child’s passions through smaller touches: a soft Cole & Son wallpaper for Josie (a nod to the family’s London life); bold red and blue accents for Finn, who is an Arsenal F.C. soccer fan (a subtler take on the sports theme), and plenty of wild animals for Cameron, a lover of all jungle creatures. “I wanted to play up their interests without going overboard,” says Louise. “This way we can easily swap out accessories when they grow older.” Now, with plenty of space to stretch out in, the possibilities are endless.