Every Wall in This Roman Apartment Is Covered in Art, From Flea Market Finds to Cubist Paintings

“Nesting is my coping mechanism.” 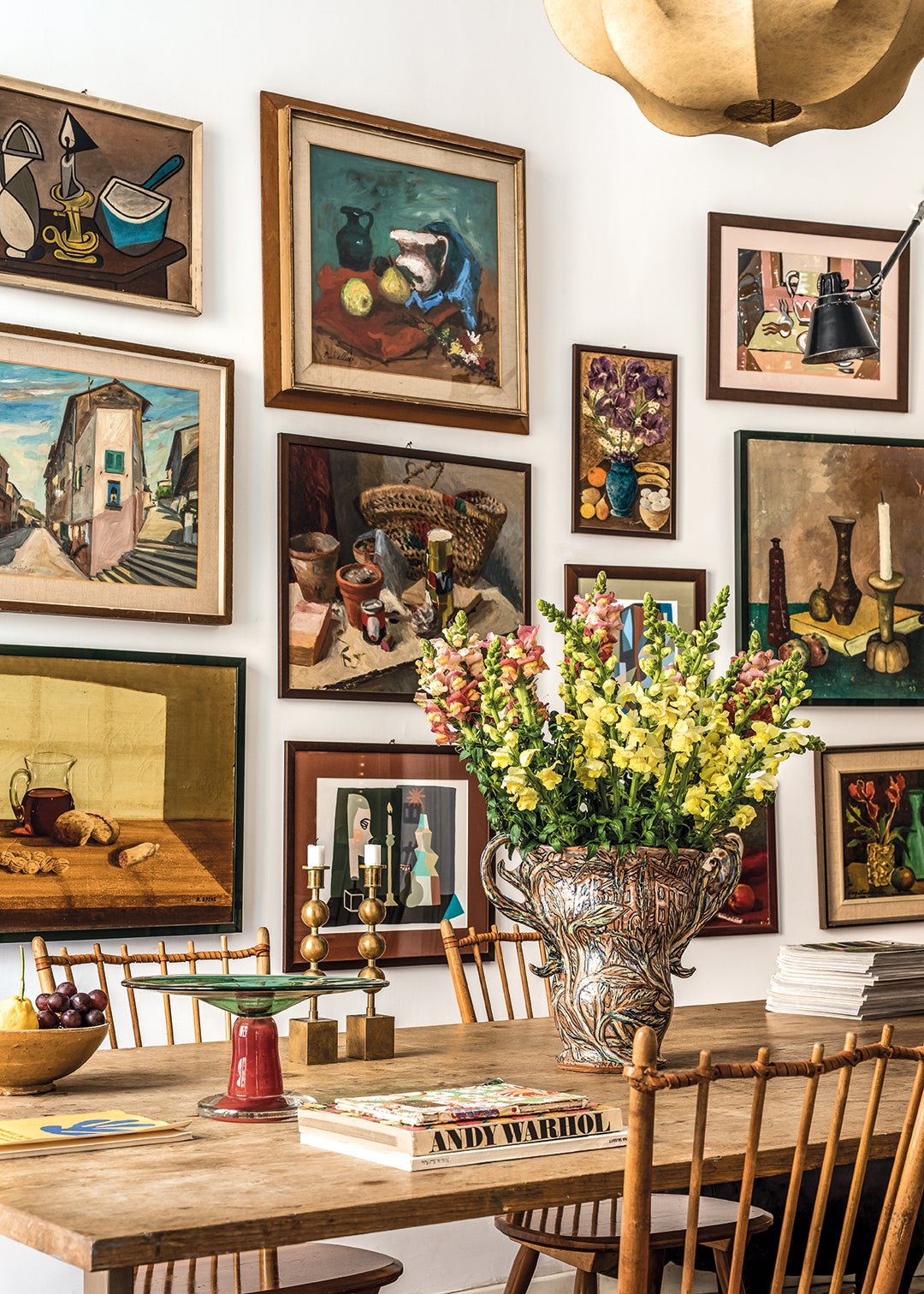 That age-old phrase tells us “home is where the heart is,” but what if your heart is in multiple places at once? In her new book, Nomad at Home: Designing the Home More Traveled (out July 12), interior stylist and creative director Hilary Robertson explores how investing in many houses, not just simply the one where you spend the most time, can lead to a fuller life experience—and a more well-designed primary home. Although, if that’s not in the cards, simply picking up tchotchkes from that small town you’re passing through or pulling a color palette from a scenic view will do. Each chapter explores what happens when a certain kind of nomad designs their home base.

In her introduction to artist Liselotte Watkins’s space in Rome, for instance, Robertson says: “Nothing but full immersion will do. If you don’t speak the language, learn it fast. Open up! Join in! Make a fool of yourself!” And from Sweden to Texas, New York to Paris, and then on to Italy, Liselotte has done just that. In an excerpt, we get a peek into Liselotte’s gallery-like apartment and how her journeys have influenced the semi-final destination (a home renovation in Tuscany is next on the list).

Liselotte Watkins’s nomad story is one that I have heard many times. It’s the “leaving early” story of a youthful iconoclast, a “throws-caution-to-the-wind” type of gypsy, who picks up their bags and follows something or someone without a backward glance, too young to question the sagacity of such a move. Imagine leaving Sweden for Texas at 17, with “no money, no plan.” “The worst-case scenario was going back,” says Liselotte. “I was a sponge ready to soak it all up.” A full-immersion nomad indeed.

Quitting Texas, she headed to NYC while her then boyfriend went back to Sweden, promising to return. She landed at the YWCA on 14th Street opposite the Chelsea Hotel, a hip-adjacent address ideal for a neophyte New Yorker. Chance meetings, surviving from day to day, from gig to gig, meant operating in the present tense. “Days went by and you were a winner for still being there,” she says.

After making friends with an art director who worked for Barneys, the temple of New York chic, Liselotte turned her hand to illustrating the store’s weekly beauty ads for The New York Times. The boyfriend did not return, but fashion illustration stuck. Liselotte met another Swede, now her husband, who whisked her to Paris, where she had her first child and then another in quick succession. But before she could settle into a Parisian life, they moved to Milan, and her Italian odyssey began.

In terms of color temperature, I think of Sweden as monochrome and Italy as a rainbow. Considering Liselotte’s Rome apartment, which throbs with citrus yellow and tangerine, it’s clear that she feels exuberantly at home in her Roman setting. She has a wardrobe full of La DoubleJ maximalist patterned silk dresses in shades of everything. Her distinctive palette fizzes through all her work, from the bold vessels on which she paints stylized female characters and Cubist patterns to the recent larger-scale paintings in soft sherbet shades painted during the pandemic for a solo show at the Swedish Millesgården gallery. These depict detailed interiors inhabited by voluptuous female figures: mothers, goddesses, and their offspring, imaginary characters drawn from her observations of Italy and the Italian way of life. Liselotte, the outsider, celebrates the obsessions and rituals of her chosen country; the Italian predilection for routine, tradition, craft, food, and, of course, style.

Unsurprisingly, the tender domestic scenes are in sync with her 19th-century apartment, where a centrally located dining room connects on one side with a wedge-shaped sitting room singing with sunshine yellow, and on the other to a simple white kitchen where Liselotte’s colorful ceramics add a decorative flourish. “Homemaking or nesting is my coping mechanism,” she explains. It’s a feeling that she wants to create rather than a particular style, aiming for a sunny vibe that reminds her of her grandmother’s Swedish summer house. Even in this discreetly bourgeois neighborhood (the apartment looks onto the grand facades of embassies), Liselotte will shout “Buongiorno!” to locals as protocol demands. “Community is important here,” she says. “You have to make the effort.”

Her roots may have grown in Rome, but recent events have allowed the family to spend time in the Tuscan countryside near Siena, where they are renovating a house. Like many others temporarily set free from metropolitan life due to the pandemic, they have thrived in a bucolic setting; Liselotte’s daughter is able to ride horses there, and she paints in her spacious studio, easing the transition of her work from commercial fashion illustration to fine art. In fact, the family has adapted so easily to country life that they plan to give up city living for this version of la dolce vita, another colorful full immersion.