Intel from the designer who started his empire at age 24. 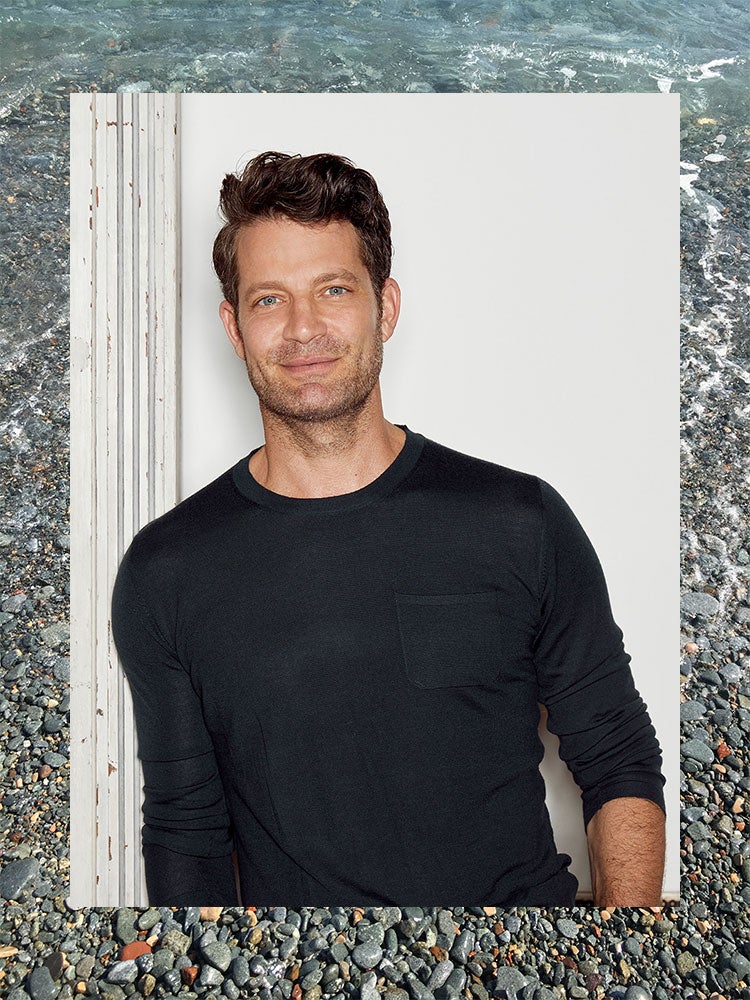 Want to ask your favorite designer a career question? Submit them via our Instagram for a chance to have your queries featured in our Ask a Designer series. First, we spoke to Justina Blakeney and Shea McGee. Next up: Nate Berkus.

It’s hard to remember a time when Nate Berkus wasn’t ingrained in the interior design world. To be fair, the period when he was under the radar was short: Berkus launched his own firm before his 24th birthday.

“I really didn’t know anything!” remembers Berkus of the days before launching his company in Chicago, Nate Berkus Associates. “The only thing I knew for sure was that I didn’t want to work for someone else, and I didn’t want someone telling me where I needed to be…which was definitely a 24-year-old take on how life works.”

It was a ballsy move, but it worked. Berkus’s multidisciplinary firm has landed him nearly every design accolade and magazine feature under the sun. He has two best-selling books to his name, as well as a number of hit TV shows—he cohosts the most recent one, TLC’s Nate & Jeremiah by Design, with his husband, Jeremiah Brent (and his two adorable children make guest appearances). The designer has also collaborated on collections with companies from Kravet to Target. The list, impossibly, goes on.

As one of the names undoubtedly topping every aspiring designer’s list of idols, Berkus seemed the perfect person to tap for intel on the industry. Here, we chat about everything from career advice to Oprah Winfey to his take on trends.

What was it like launching a company so early on—would you do it again?

I worked for an auction house in Chicago for a year before starting my own firm. With what I know now—or even knew 10, 15 years ago—I can’t say that I wouldn’t have branched out and started a firm, but I would have been a lot more intimidated by it than I was at the time.

What advice would you give people trying to break into the industry today?

You’re responsible for creating a design education for yourself. One of the easiest ways to do that is to start collecting books on different topics: Navajo textiles, porcelain pottery, ironwork, garden design. I probably have close to 1,500 books on various subjects relating to design. I can tell when I look at other designers’ work whether there’s a historical reference there or not. That’s a big distinction, and I think it’s really important if you want to create interesting, layered spaces.

So is having a formal design education necessary?

Since day one, people have always asked whether I think that design comes naturally to people—I think it does. You either have the inclination and inherent capability to make a room look prettier and more interesting or you don’t. That particular skill set is about creativity.

But conversely, we do hire people with degrees in architecture and interior design, because there’s so much technical work that goes into it. When you’re operating a firm like mine, you can’t afford to make a huge mistake. You have to have people who can think through the potential mistakes that will be made and do something to circumvent that.

“You’re responsible for creating a design education for yourself.”

What would you say to designers who want to go out on their own as you did?

First of all, the world has changed. I don’t think you can underplay social media, especially in the design industry. People don’t even get their hair colored without checking someone’s Instagram account! We’ve had more clients come via Instagram in recent years than any of the formal marketing we’ve done as a firm.

When I started, you had to have a portfolio of images that you had the right to use, that you could bring to a potential client. That took a long time to build. Now you can exhibit your sensibility by using photos of other people’s work that resonates with you. Part of being a good designer is being a ruthless editor of the imagery around your name.

Do you remember your first paying clients?

One hundred percent. Their names are Ruthie and Lou Weisbach. They were referred to me by a woman whom I had met at the auction house and through someone I was dating at the time who was a real-estate broker. That still remains one of the best resources for referrals: the real-estate community.

“Part of being a good designer is also being a really good editor.”

Was there an aha moment?

Someone might expect me to say it was the moment I stepped out onto Oprah’s stage for the first time. The truth is, that was the beginning of many different opportunities, but it was also the beginning of a tremendous amount of work. We were doing TV makeovers when they weren’t popular, making calls to furniture manufacturers with a flip phone and trying to get sofas shipped across the country. So I don’t think there was a specific moment where I felt that I had “made it.” Did I look at [The Oprah Winfrey Show appearance] as an amazing opportunity? Of course. But I wasn’t thinking at that exact moment: This is how my professional life is going to roll out.

Is there a trend that you’re over?

To be honest with you, I’ve never been a guy who follows trends. I think they’re designed to get us to buy stuff that we don’t need. Instead, I think a better investment—financially and emotionally—is to really take the time to figure out what makes us joyful in our homes. What shapes, periods, silhouettes, textures, and colors do we really love?

I always think of my maternal grandmother, whose homes were always decorated in classic blue and white. She never varied from that; she didn’t care what the Pantone color of the year was or what her neighbor was doing. She knew that navy and white, with a slightly brighter marine blue and maybe a little bit of red, was how she was always going to live. She stayed true to her style from her first home to her last.

On the other hand, is there something new you’re loving?

There’s been a really cool return to people buying things that represent their culture, whether it’s something woven from Mexico or pottery from the South of France, and using them in their spaces. I think we want our homes in general (I include myself in this) to represent who we are.

See more from Nate: Nate Berkus Can’t Get on Board With This Popular Kitchen Trend The One Item Nate Berkus Swears by for Making a Space Look Bigger Nate and Jeremiah Quietly Dropped Another Furniture Collection Together