Lessons Natalie Jean learned and passes on from her mom. 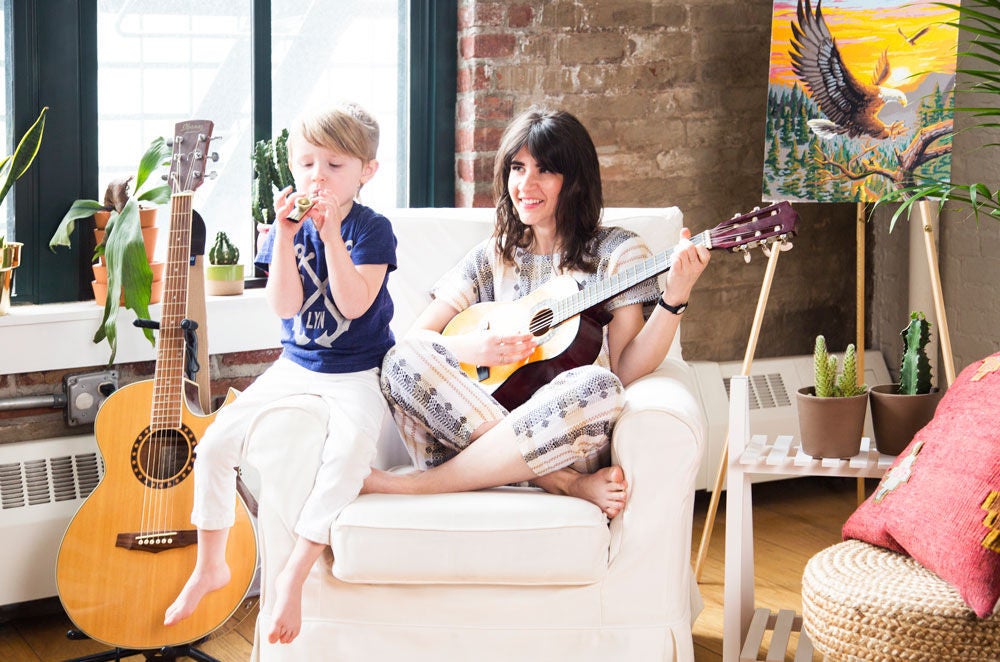 In 2005, Natalie Holbrook began blogging as a way to share her adventures in New York City with her mother. Specifically,

was the result of a time when cellphone minutes were extremely limiting and would cost you an arm and a leg to go overboard. Now, ten years later, Natalie has carved out a special place for herself in the blogosphere where she shares the inspiring and beautiful parts that make up her life as a wife and mother to her son Henry August (who she calls Huck after Huckleberry Finn!). Here, in between blogging, promoting her eponymous book and watching Meg Ryan films, she touches on motherhood and the people that inspired it all.

What has been your experience with motherhood? I had a hard time conceiving, but I really wanted the physical experience of being a mother. I wanted that self-discovery of nurturing someone so when I had Huck, I approached motherhood with the idea that he is more of a bud and a sidekick for me. He is such a unique kid. When he was born, the one thing I really noticed about him was that he was already fully formed as an individual with his own personality. My job as a mom is simply to love him and understand him.

What is the most rewarding aspect?

The physical act of nurturing – touching, hugging, giving kisses – makes me feel so fulfilled as person. It makes me feel like I’m doing something so important when I’m taking care of people. That connection with Huck is very satisfying.

What is the most challenging aspect?

The sleeping schedule has been the hardest. Huck is not a sleeper. He likes to stay up late and sleep in late. He never took naps so we’re very unregimented. I’ve learned though that it’s okay to be the kind of parent that doesn’t have a schedule. Everyone will tell you schedule is the most important part, but you have to figure it out for yourself and what works best for you and your baby. It’s hard to trust your instinct, especially if it doesn’t match up with what experts tell you, but you have to trust that you’re doing the right thing.

What’s your favorite part of the day?

Really, every moment with Huck is so special. We usually get up around 9 or 9:30am and listen to records in the morning. When he’s not in school, we’ll take several hours at the playground and run errands, and we’ll do art projects or watch a cartoon in the evenings.

What advice did you receive from your own mom?

My mom gave me a lot of advice, but most importantly, she said, “Natalie, Huck is not a reflection of you.” His successes and his failures are not on me. I can do my best and make mistakes at the same time. It’s very liberating as a mother to know he is his own person. He is who he is, and he gets the credit for that.

What advice can you give to other parents?

I would tell them what my mom told me. I’d also say that it’s important to put your relationship with your baby first. Trust who your baby is and what your baby needs. Your baby knows better than any expert. Don’t be afraid to be confident and trust your intuition.