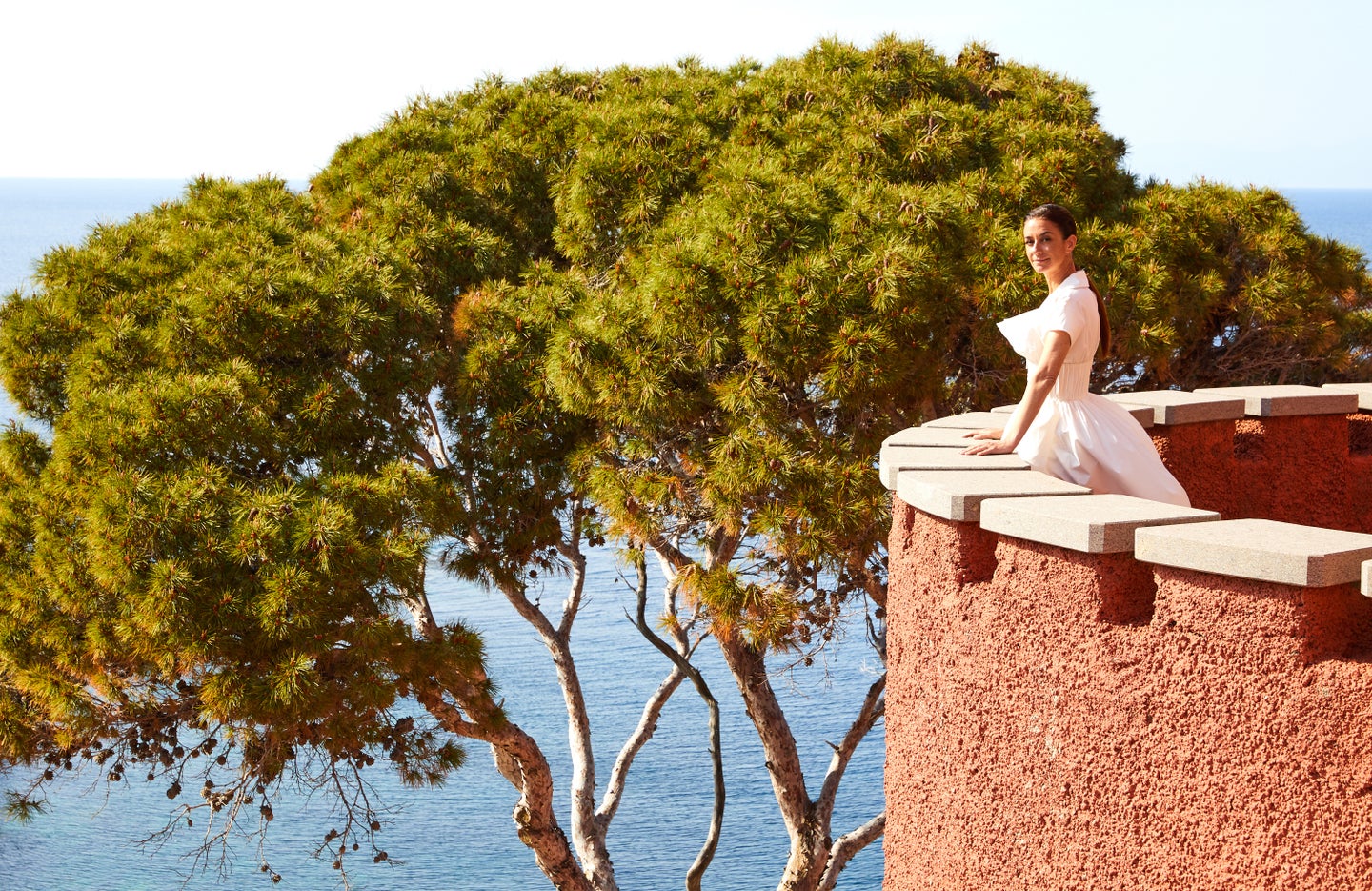 Marie-Louise Sciò’s life has been like a cross between Eloise and La Dolce Vita. She grew up spending summers at Hotel Il Pellicano, her family’s iconic Tuscan hideaway on the Italian coast of Porto Ercole. Her childhood memories are full of Slim Aarons–esque vignettes: Gleaming wood Riva speedboats idled in perpetuity, unloading a steady stream of glamorous guests—from the Agnellis and Fendis to Old Hollywood royalty—who spent summer afternoons sipping Negronis under colorful beach parasols, lounging by the saltwater pool, and parading around the cypress-lined property in Pucci turbans and tuxedos.

All that was perfect training for her current role as creative director and CEO of Pellicano Hotels, which also includes sister property La Posta Vecchia, a 17th-century villa-turned-hotel outside Rome. “I started by renovating a few bathrooms at Il Pellicano,” says Sciò, who studied architecture at the Rhode Island School of Design. “And then I ended up redoing the entire hotel, from customizing the Fornasetti wallpaper and updating the lobby with Gio Ponti chairs to redesigning the restaurant and menu fonts.”

Sciò had been on the prowl for a third hotel to add to her family’s portfolio, but being “incredibly picky,” nothing had quite caught her eye—until her brother convinced her to hop a ferry from Naples to the island of Ischia to scope out a property he thought was perfect. On a warm winter day, they made their way past the pale ice cream colors of the harbor and through rambling hills of oleander, bougainvillea, and umbrella pines to the Mezzatorre—a 57-room hotel built into a neo-Moorish terracotta-hued watchtower that’s perched on a cliff overlooking the yacht-dotted water stretching out below. “The last thing we wanted to do was another seasonal seaside hotel,” Sciò explains. “But every hesitation I had flew out the window when I saw it and fell totally in love with the place.”

While the 7-acre gardens, outdoor terraced pools, and aquamarine ocean views were stunning, the drab interiors and common areas needed a major refresh. “Anyone in their right mind would have run the hotel as is and opened it the following year, but I just couldn’t resist,” Sciò says of the tight turnaround time. “So we turbocharged it with a lightning renovation that lasted just four insane months.” Her inspiration for the design overhaul was to decorate the space as though it were a home instead of a hotel. “I imagined someone who had lived on the property and collected all these souvenirs from their travels and their life, creating this eclectic collage of different styles and patterns,” she says. “I wanted it to be whimsical, fun, and extravagant without being pompous.”

She also took cues from Ischia’s cinematic past—rewatching films by director Luchino Visconti (who owned a castle-like villa that’s tucked just above the hotel); The Talented Mr. Ripley (the house where Gwyneth Paltrow’s and Jude Law’s characters are living when they first meet Matt Damon’s is actually on the island); and the hit HBO adaptation of Elena Ferrante’s novel My Brilliant Friend. “The director of the series, Saverio Costanzo, has been my best friend since I was 14, and I said to him, ‘It’s so brilliant you’re shooting on Ischia, because I’m opening up a hotel there!’” (Fun fact: Costanzo curated the film library at Il Pellicano, filling it with the 100 best movies ever.)

“I didn’t have very much time, so the initial improvements were big changes,” Sciò explains. Her first order of business? Gutting the spa and spring-fed indoor swimming pools. “Since Ischia is known for its thermal waters, we needed the spa to be a totally knockout space—it had to be our calling card,” she adds. “It was like an operating room before, very sterile and medical-looking. So we decided to give it a really quirky, playful vibe.”

She began by re-covering the austere white walls with matcha green metro tiles and then added brass hanging lamps, lush potted palms, and rows of inviting wicker loungers with pale coral ticking stripes and ikat-print cushions. It now channels mid-century–meets–Beverly Hills Hotel—and there’s even a light-therapy room that turns every shade of the rainbow.

Meanwhile, the concept for the watchtower restaurant was to create an optical illusion. Sciò chose a Pierre Frey wallpaper of densely wooded pine trees, which makes the room seem like an extension of the cliffside vistas seen from outside its windows. She painted the ceiling with green and cream horizontal stripes—an easy and inexpensive way to amp up the interior with a major geometric punch. The space segues into a tented dining area paneled in curtains of Braquenié climbing floral vines. (“The fabric was stuck in my head, as my very chic mother-in-law had it in her upholstered bedroom,” Sciò explains.) A motif from the pattern even appears on the china and tableware, which was custom-designed in collaboration with Villeroy & Boch: “The trim on the plates is meant to look like red peppers, which are known for bringing good luck in the south of Italy.”

But this being the famously picturesque Tyrrhenian coast, the most eye-catching (read: Instagrammable) details of the property are the terraced outdoor spaces—from the lemon tree–lined tented cocktail bar overlooking the bay to the poolside sun loungers dotted with colorful tulip-shaped striped umbrellas. “I was looking at vintage snapshots of the jet set in Ischia from the 1960s and wanted to capture that supersaturated Mediterranean glamour,” says Sciò. The effect is so convincing that one might be forgiven for thinking they’d been transported back to the heyday of the Italian Riviera. And that the Mezzatorre has been a part of it all along. 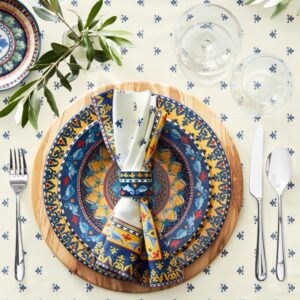 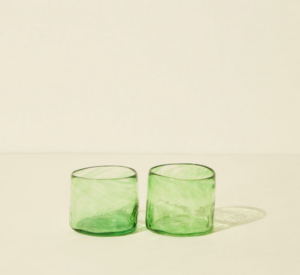 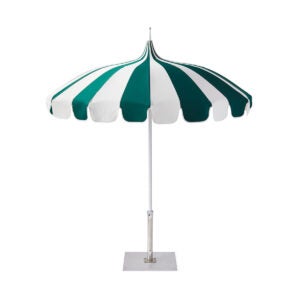 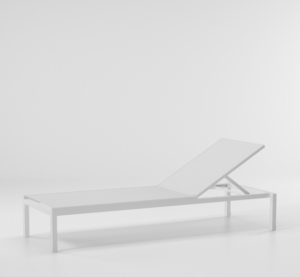 This story originally appeared in the Summer 2019 issue of Domino, titled “The View From Here.” Subscribe to be the first to receive each issue.