From the vanity to the shampoo shelf. 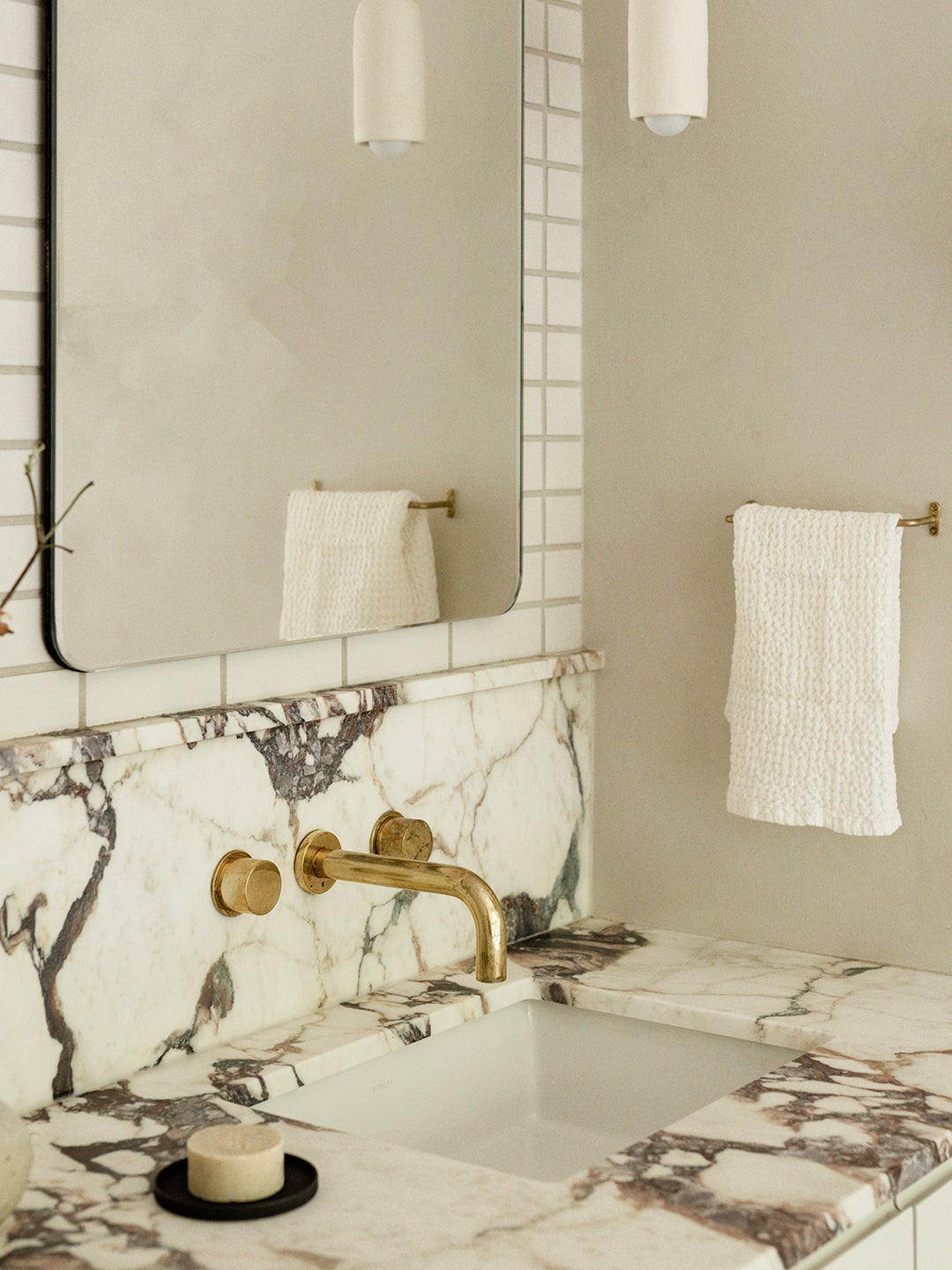 When kids hit their teenage years, suddenly half their time is spent in the bathroom. So this space ultimately needs to be hardworking, as Emily Brown of Emily Lauren Interiors recently learned on a project for a client in Austin who has two teens sharing one formerly teeny (and formerly very 1980s) bathroom. “Having multiple people in there was so tricky,” recalls Brown.

For starters, when they entered the 50-square-foot space, they were greeted by an alcove tub and, to the left, a glass block-wall partition. Directly behind the divider was a minuscule, not-up-to-code toilet and corner sink. Brown worked with female-owned firm Skelly Build to bump out the exterior wall of the second-story area by 3 feet and 8 inches, almost doubling the room’s size to 86 square feet. What she was left with was the opportunity for a separate tub and shower and a double vanity with loads of storage for hair gel, nail polish, razor blades—you name it.

One of the reasons this bathroom doesn’t look like it belongs to two teenagers is because their mom fell in love with Rose Gold Calacatta Vagli, a variety of marble with swirls of pink and purple and flecks of gold and green. “She’s a painter, so I think that’s why this project turned out a little more creative than your stereotypical bathroom,” notes Brown.

The catch was, they only had the budget for one slab of the statement stone. “Naturally, we wanted to place it strategically,” the designer continues. Brown thoughtfully used all of it by peppering it in every corner: the shower wall under the window, the vanity counter and backsplash, the shampoo shelf, the sill next to the tub, and the cabinet niche over the toilet.

In an effort to not overpower the marble, Brown sourced white Fireclay tile for the walls from the brand’s recycled line, meaning it was around half the cost of its typical products.  For some intrigue, though, she opted for skinny 2-by-6-inch pieces and laid them out in a straight stack as opposed to a more expected vertical orientation. She covered the rest of the walls in the walk-in shower in the tiles, as well as the vanity backsplash. Wherever the bold stone and the simple rectangles met, she added a trim piece of the marble to ease the switch. “It adds a bit more depth,” she explains.

Because the room is still on the small side, the designer floated both the new toilet and the double vanity so it at least looks like you have more walking-around-room than you do. Not pictured: The top drawer of the vanity is shallow and wraps around the sink in a U-shape and is ideal for storing tiny necessities like extra toothbrushes and floss. On another practical note, Brown had a frosted windowpane installed in the shower and a roman shade over the tub to ensure privacy.

The limewash-painted walls were an affordable alternative to covering them in tadelakt, a trendy, costly, and waterproof treatment. The only caveat was that they couldn’t use Portola Paints’s product near the shower and had to seal it everywhere else so it can hold up in the humidity. Brown kept the unexpected textures going with unlacquered brass faucets that will patina with use and Belgian terracotta floor tiles from Clé Tile. “This client wasn’t afraid to do something different than her neighbors,” says Brown. That is our kind of show-and-tell.