It turns out the former reality star is quite the real estate maven. 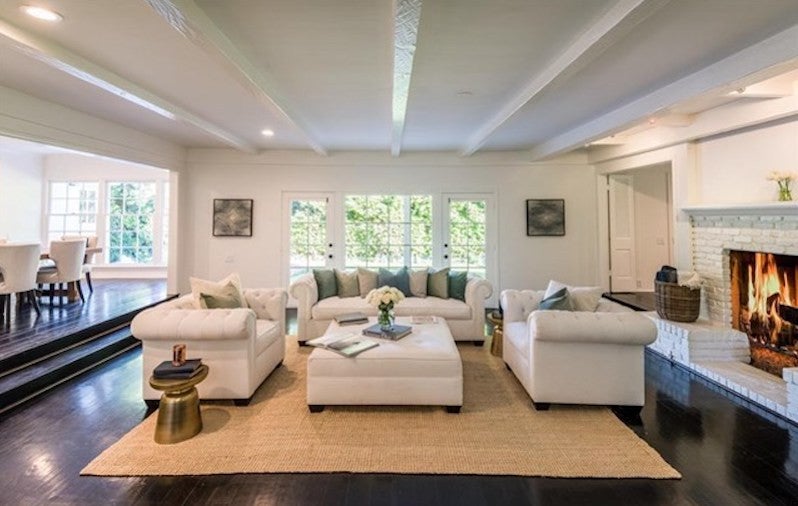 Lauren Conrad’s had quite a busy year already: She just gave birth to her son, Liam, and sold her stunning Pacific Palisades home for $5 million in May. And now, she’s decided to let go of another property: her six-bedroom, five-bathroom, Brentwood abode.

According to Trulia, the reality-star-turned-fashion-designer bought her modern, Mediterranean-style Los Angeles property for $3.7 million back in 2013, and listed it for almost $4.5 million. And it turns out that was still too little to ask, as the home just sold for almost $30,000 above the asking price. The chic, 4,303-square-foot home lies on a secluded plot of land, with a private entrance and wood-burning fireplace for outdoor entertaining.

The easy breezy home was last renovated by reality star Jeff Lewis, the previous owner, and it boasts plenty of wide open spaces, dark hardwood floors, and Carrara marble accents. The living room offers lots of natural light thanks to the massive French doors, while the beamed ceilings and ivory furniture give the area a light, cheerful vibe.

The master bathroom is equally grand—yet inviting—with a stark white theme, glass doors, and marble walls and countertops. The vanity area also continues this all-white facade, which isn’t exactly ideal for a newborn—and could also explain Conrad’s desire to sell.

Of course, it wouldn’t be a true Los Angeles home without a charming outdoor space, and Conrad’s is perfect for being both an entertaining area and a cozy nook for some solo time.

Conrad’s designer touch shouldn’t come as a surprise, either: She’s been flipping multiple properties in the last few years, and has proven to be a true real estate maven. Aside from her two LA homes, she also sold her Beverly Hills pad—made famous on The Hills—in 2016 for $2.6 million. She currently owns two houses in her hometown of Laguna Beach, California, which is where it’s presumed she’ll live with her husband and baby.