He shares the inspiration behind his knit creations. 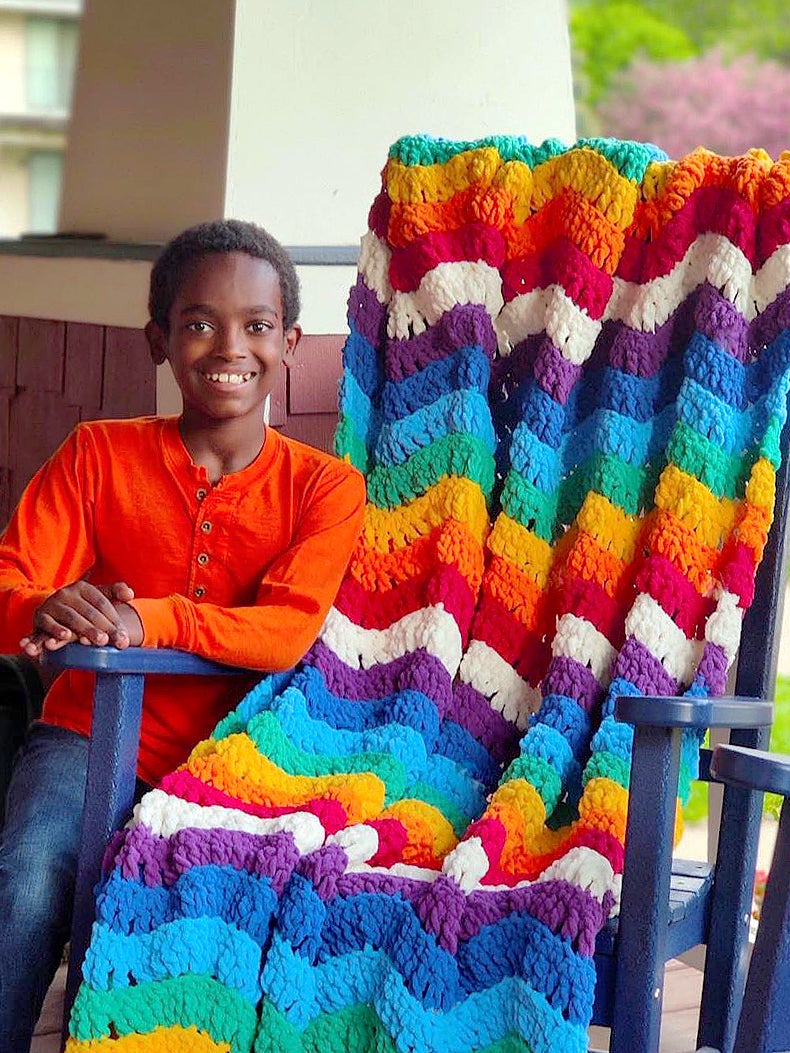 “Once I set my mind on a project, I just have to get it done,” says Jonah Larson. “I want to be able to see the finished product and have that sense of achievement.” The 12-year-old crochet expert regularly shares his work with his 267,000 fans on Instagram, including a recent project he made for his sister, Mercy: an afghan crocheted with the words Black Lives Matter. After he drafted the design of the blanket on a piece of graph paper, it took him just four hours to complete.

Jonah taught himself to crochet at age 5. In the seven years since, he’s made thousands of creations: sweaters, socks, throws, and more. His recent favorites include the massive, intricate doily he created for his mother, Jennifer, and an amigurumi rabbit he completed for Easter. He loves a good challenge: When looking back on a mermaid doll he recently crocheted for Mercy, excitement catches in his voice as he describes the color work he did in the figure’s tail using a dragon-scale stitch.

“I have a very active mind, and the repetitive movements are like therapy,” Jonah explains. “I can make very beautiful things out of a ball of yarn and the hook. And I can connect with others—I like to say that crochet brings the world together one stitch at a time.”

One of the ways he makes an impact stitch by stitch is through charity work: By selling his creations and donating proceeds to Roots Ethiopia, he has raised enough money to build a school library in the community where he was born. Next, he’s fundraising for a science lab. “My parents always instilled in me and my two siblings that giving back is very important,” he says. “Those kids [in Ethiopia] would have been my classmates and peers if I weren’t adopted.”

He also hopes that others can find fulfillment in crochet. He’s taught several classmates how to do it, and his second book, Giving Back Crochet, full of patterns and instructions, comes out on June 26. For beginners, he recommends starting off with a larger crochet hook and a thicker yarn, which makes the process go faster, but above all he suggests people keep in mind why they’re crocheting in the first place. “You can make projects to give to others, and that makes you feel so good that it encourages you to move forward,” he says.

While Jonah sells a portion of the many crocheted items he makes, he keeps some for himself and gives away more to his loved ones—like the Black Lives Matter blanket. “With every stitch, there’s a little piece of love that goes in there, and that adds all the meaning,” he says. “It’s not just crochet; it’s the work and the love that gets put into it.”