The hilarious author on impatience, drinking, and reading—and threatening to leave NYC. 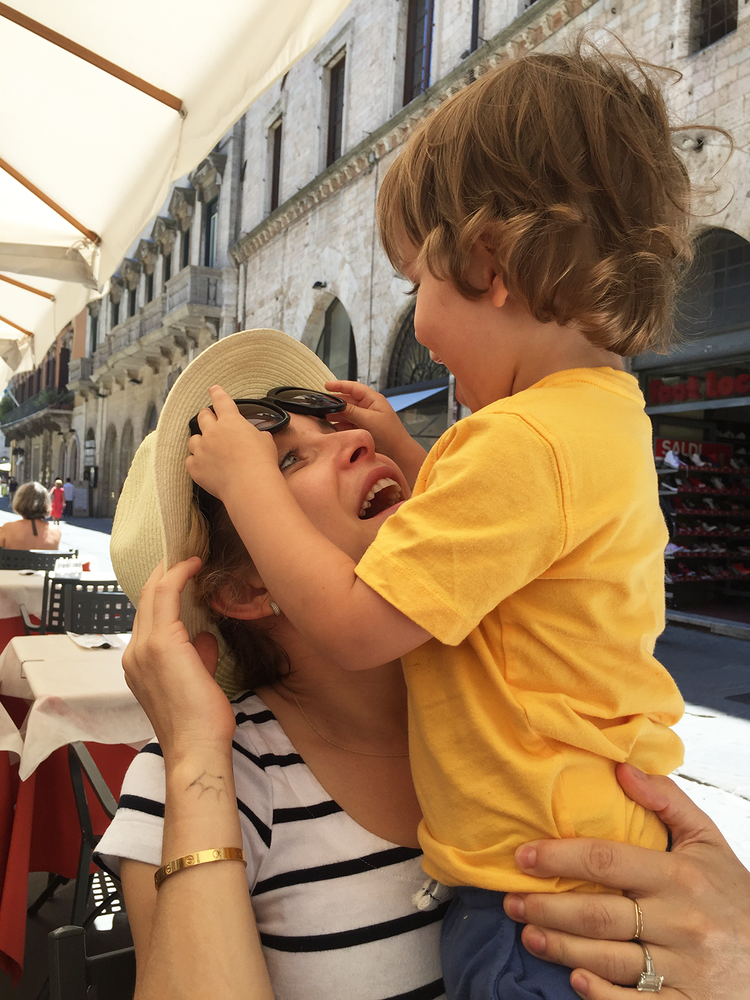 New York Times bestseller Live Fast Die Hot was just released in paperback, and its author Jenny Mollen is finishing up the screenplay adaptation—Warner Brothers bought the film rights to Mollen’s book, Anne Hathaway will star in the movie, and the author is producing—while juggling a two-and-a-half year old son and another baby on the way.

The honest and uproarious book features personal stories and musings on motherhood, adulthood, parenting, and travel. Mollen, who also acted, is married to American Pie actor Jason Biggs, and the couple relocated from the West Coast to downtown New York City several years ago. The author also penned I Like You Just the Way I Am and has developing the book into a television series for ABC Digital that’s available now for streaming.

We checked in with the busy mother and author to see what she has going on this summer.

What are your favorite bookstores in the world?

What books are you currently reading?

Sometimes when you are a writer, you feel guilty taking time away from logging pages to read other people’s work, but I’ve spent the last year dying to read Shelter in Place by Alexander Maksik. He is an old boyfriend so that means that every woman he mentions was of course inspired by me, right?! Also, Parent Speak by Jennifer Lehr. As far as I’m concerned (and I’m only halfway through it), this is the only book on child rearing you need. It’s compassionate, thoughtful, and will turn your belief about discipline on its head.

What authors do you keep coming back to?

I will never recover from Demien by Hermann Hesse or The Time Traveler’s Wife by Audrey Niffenegger.

How long had the idea for your book Live Fast Die Hot been percolating? What inspired it?

My son inspired the book. I wrote it as I lived it so I didn’t take a lot of time to let ideas percolate. I’m typically too impatient for the percolation period.

Has having a child changed how you create and write?

Having a kid has definitely affected my routine. I used to be able to write straight through the night. Now I’m much more of a 9-5 author.

How is pregnancy number two going?

I am in month seven, and I can’t see my vagina.

What annoys you most about Jason?

He procrastinates, but other than that, he’s perfect.

What do you love most about living in NYC? Would you ever leave?

I love that NYC is a little village. I love that when my kid is out, he’s still within a five mile radius of wherever I am. That being said, I am from the West Coast and will without fail threaten to leave the city at least once a week.

What are your summer travel plans?

We are visiting Nantucket and renting a house in Montauk. I’m pregnant, so I can’t go very far.