And other takeaways from her outdoor oasis. 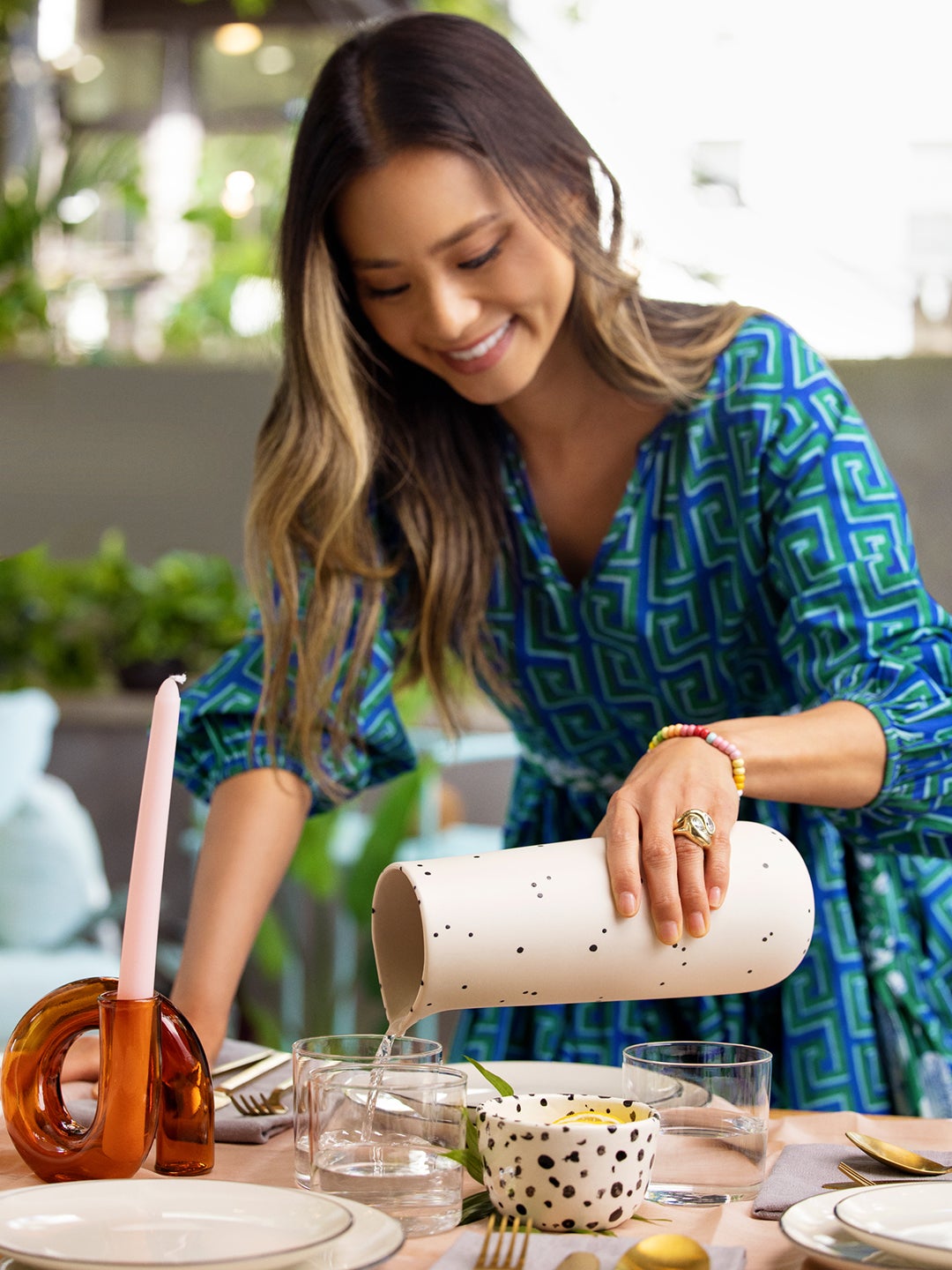 Actor Jamie Chung; her husband, fellow actor Bryan Greenberg; and their pup, Ewok, had just settled into their new Fort Greene, Brooklyn, condo when a nearby new build and next-door demolition project kicked off at the exact same time. They had no choice but to press pause on their big backyard plans. “It only became safe to use at the beginning of this year, and then we had all the snow,” says Chung. The best part? Just as the couple started cleaning up the underutilized area in the spring, scaffolding sprung up.

It didn’t stop Chung and Greenberg from moving forward with the exterior’s overdue overhaul. “We were determined not to let it ruin our summer,” she says. At this point, their goal had become sprucing it up enough to feel livable; it was all dirt, concrete, stone pavers, and (most recently) metal framing. But Chung saw it as a glass-half-full situation: At 20 feet tall, the scaffolding didn’t feel claustrophobic and has actually offered a welcome respite from the hot sun.

Her thoughts drifted to the Parker, a boutique resort in Palm Springs. “Everything is tented there; it’s really cool and beautiful and where I got the idea to hang up the curtains,” explains Chung, who also wove in a string of lights 10 feet above the drapery. “It felt like I was on the monkey bars on the playground at one point,” she adds, laughing. 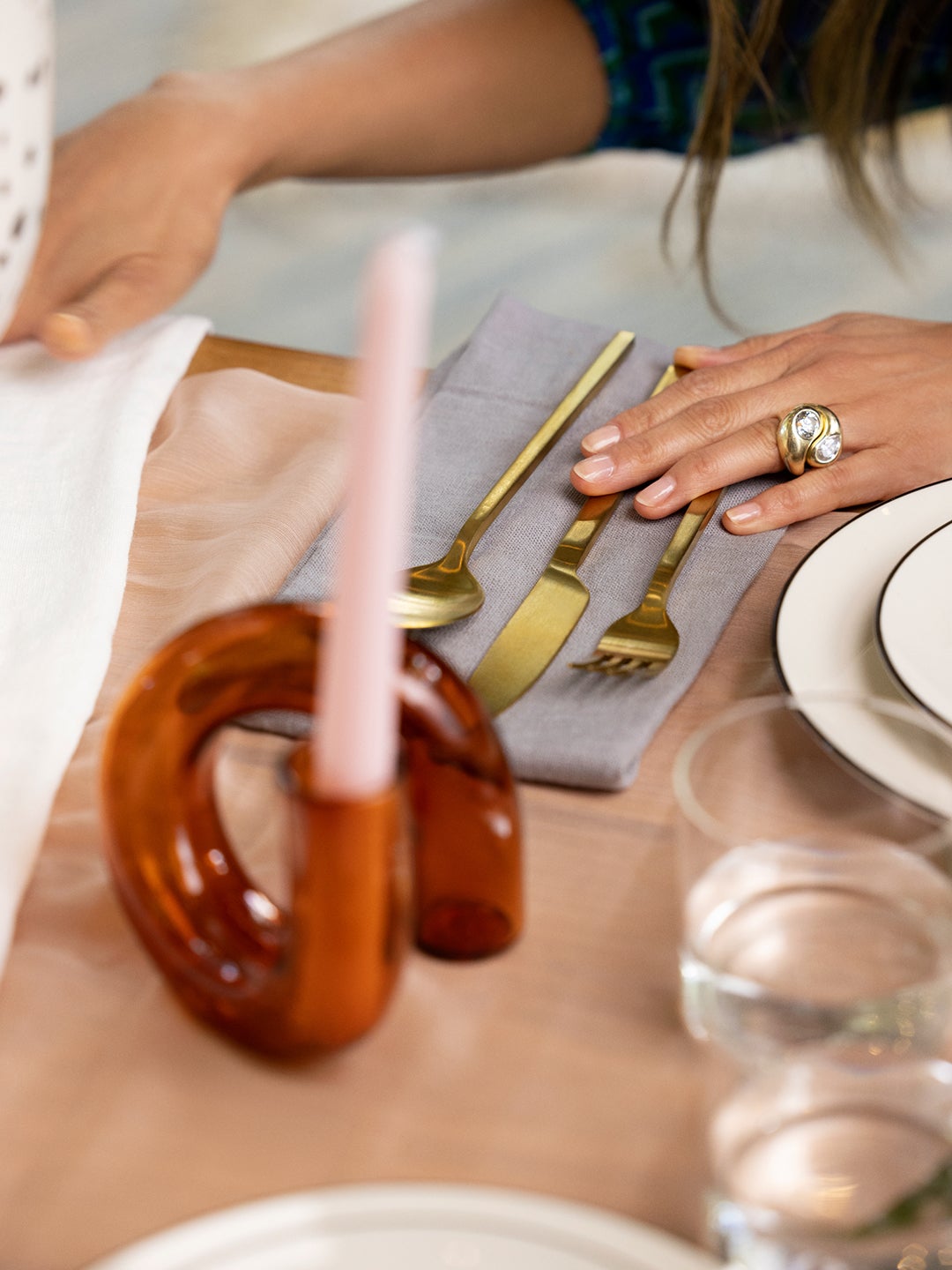 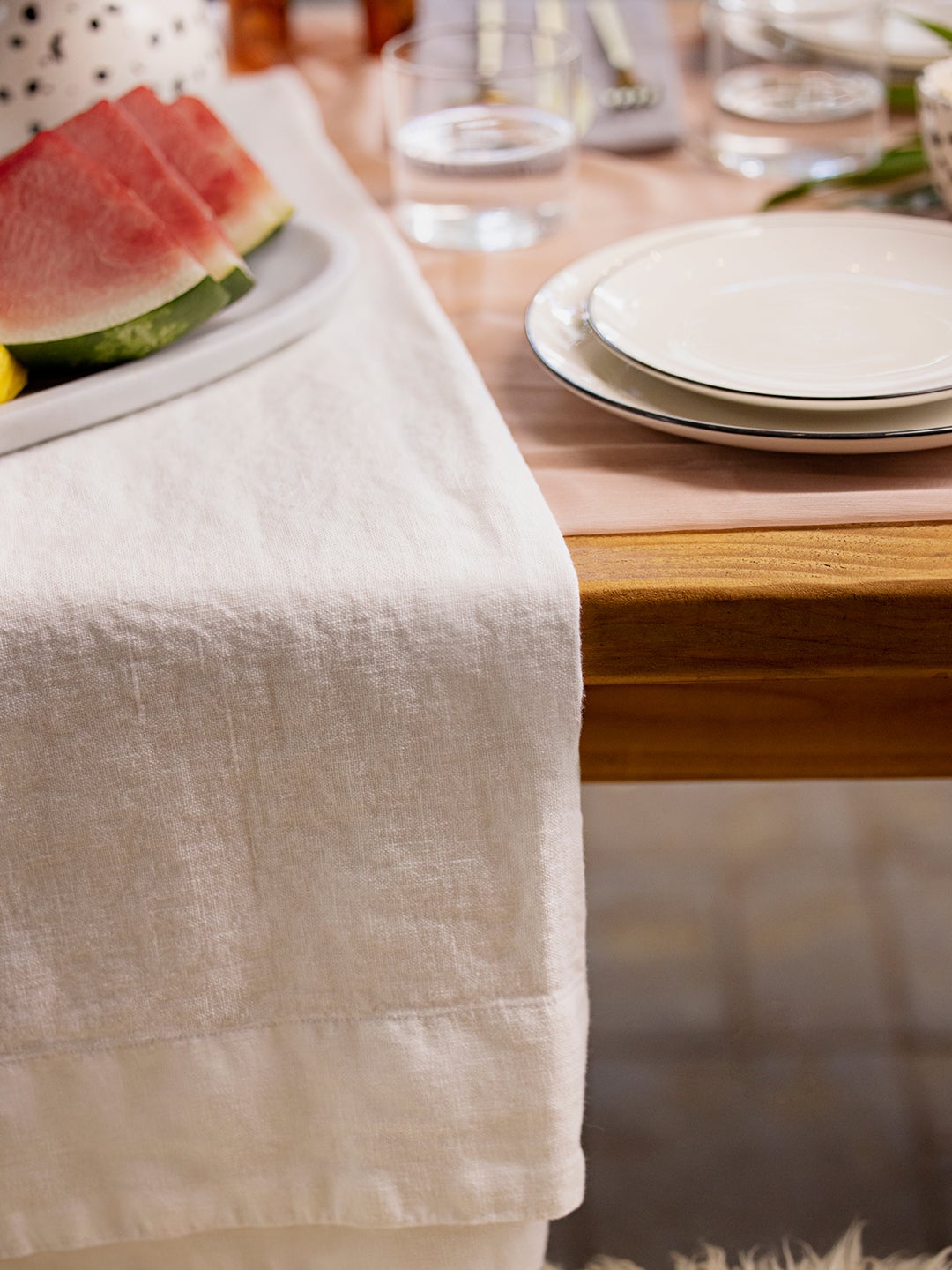 The impact was immediate—the space felt more like a hotel cabana than a covered patio, perfect for Chung’s vision of a dining destination for family and friends. Bringing in some rugs and a wet bar certainly helped, too, but it was the little touches—like leafy plants and table linens—that pulled everything together. She scored all sorts of local finds, including a set of speckled ceramic planters from Brooklyn-based studio Franca and glossy brass flatware from Hudson Wilder, with her American Express Membership Rewards points. “You can also use them by getting gift cards to some of your favorite home improvement stores and shopping live in person, because I know making these big purchases can be terrifying to do online,” says Chung.

Chung’s other outdoor essentials: cushy chairs (her advice is don’t skimp on the covers, especially in New York, where the various seasons can ruin your furniture in a year); a portable barbecue that doesn’t soak up too much space; and an upcycled wood dining table complete with benches (handmade by Chung’s father-in-law and sister). So far they’ve had four successful “backyard boogies,” she says, and the couple is looking forward to hosting many more, scaffolding and all. 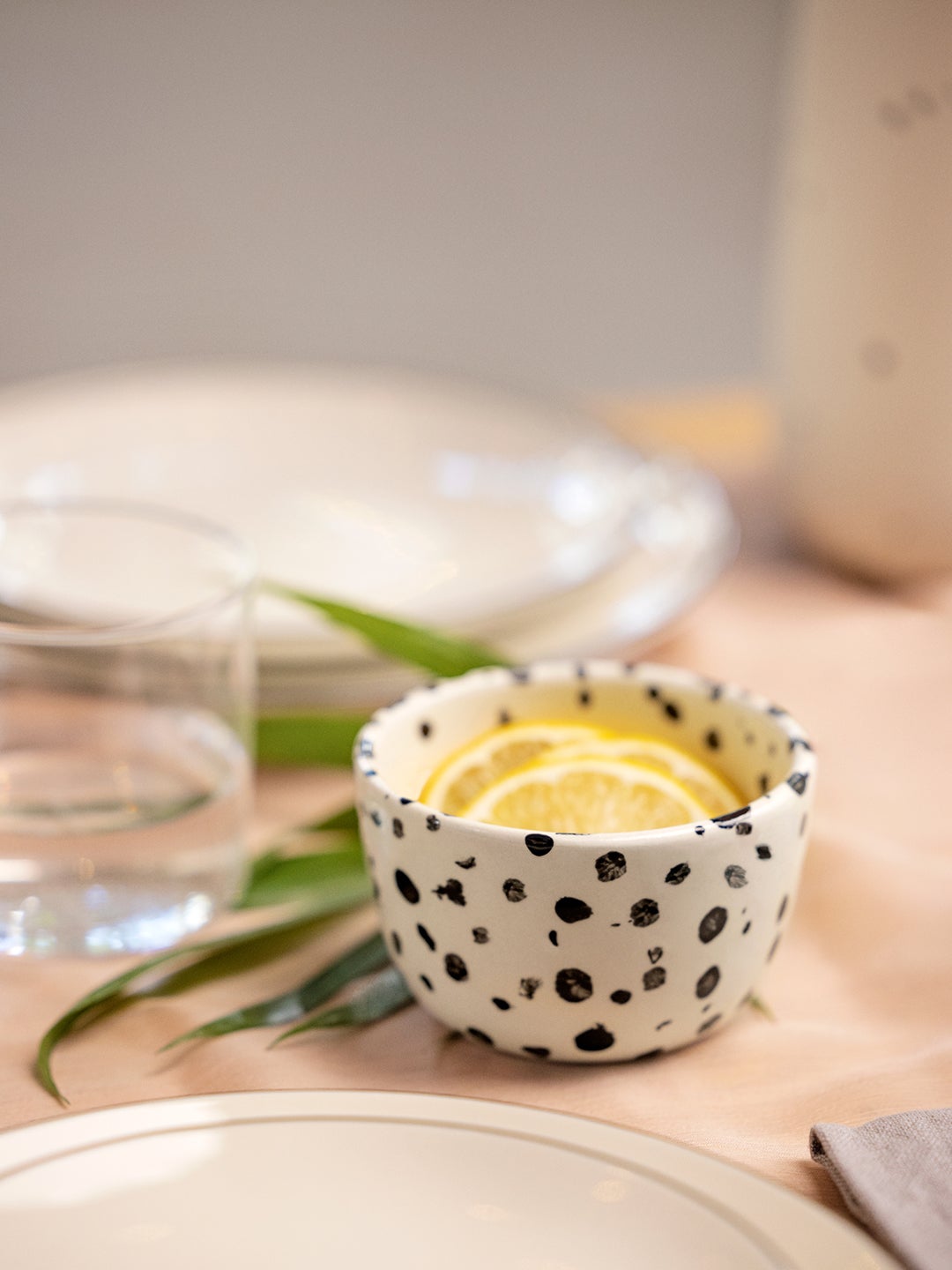