J.J. Martin and Stephanie von Watzdorf share their individual memories from Isola dei Galli, a private island off the coast of Positano they experienced decades apart. 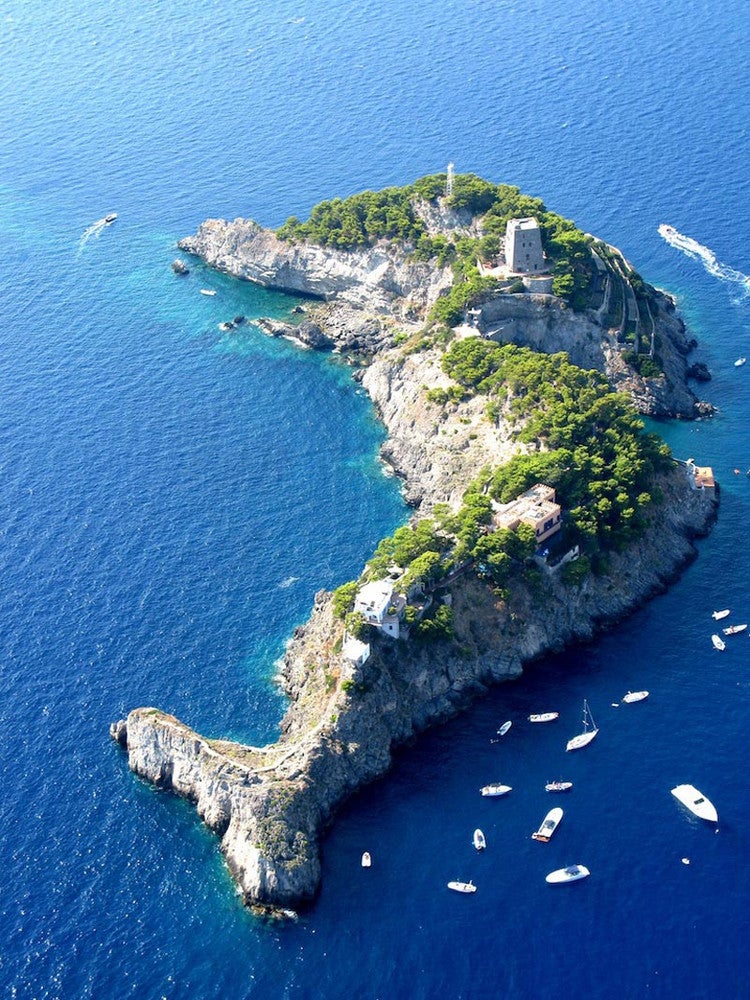 Growing up, Figue founder and creative director Stephanie von Watzdorf spent summers on L’Isola dei Galli, a tiny, idyllic island off the coast of Positano. Her grandfather Léonide Massine was a renowned choreographer for the Ballets Russes and purchased the Mediterranean isle in the 1920s as a place for his dancers to rehearse and visit.

Years later, the property changed hands and Von Watzdorf’s friend, La Double J’s J.J. Martin (who gave us her insider guide to coastal Italy), came to the island by chance. They both shared with us their memories of this special (dare we say enchanted?) island, juxtaposed decades apart.

“I have the best memories of L’Isola dei Galli as a child. I named my brand Figue (fig in French) partly because of the fig trees there—they have a very specific, delicious smell that reminds me of the Mediterranean, summer and sunshine….

When my grandfather bought L’Isola de Galli in 1923, he turned to his friend, architect Le Corbusier, to build the house and studio. That is how my grandfather worked in all aspects of his life, from the Ballets Russes to his home—constantly collaborating with creative people.

The island was full of endless energy. Somebody was always cooking something, music was always playing, and dancers were always stretching and practicing….

One of the coolest parts for me was the sun deck by the water. My cousins and I would lay there for hours and jump into the little harbor over and over again. Boats from all around would come to dock for lunch. We would wave to them, and they would wave back, and sometimes they would ask us to come on board, so we would have pizza and gelato together. Utopia!”

“When I’m on the Amalfi Coast, I often take a boat out for the day with friends. We go over to Positano for lunch and on the way back we stop at L’Isola dei Galli for our first swim of the day. The island is completely enchanted. It’s small—practically the size of your apartment—with a little church and a few homes. It’s really special. There is something magical about it…. The sun shines in a really great way.”

Where the Locals Go In Coastal Italy This is How You Set the Table Like an Italian Estate of the Art: Tuscany’s Villa Lena