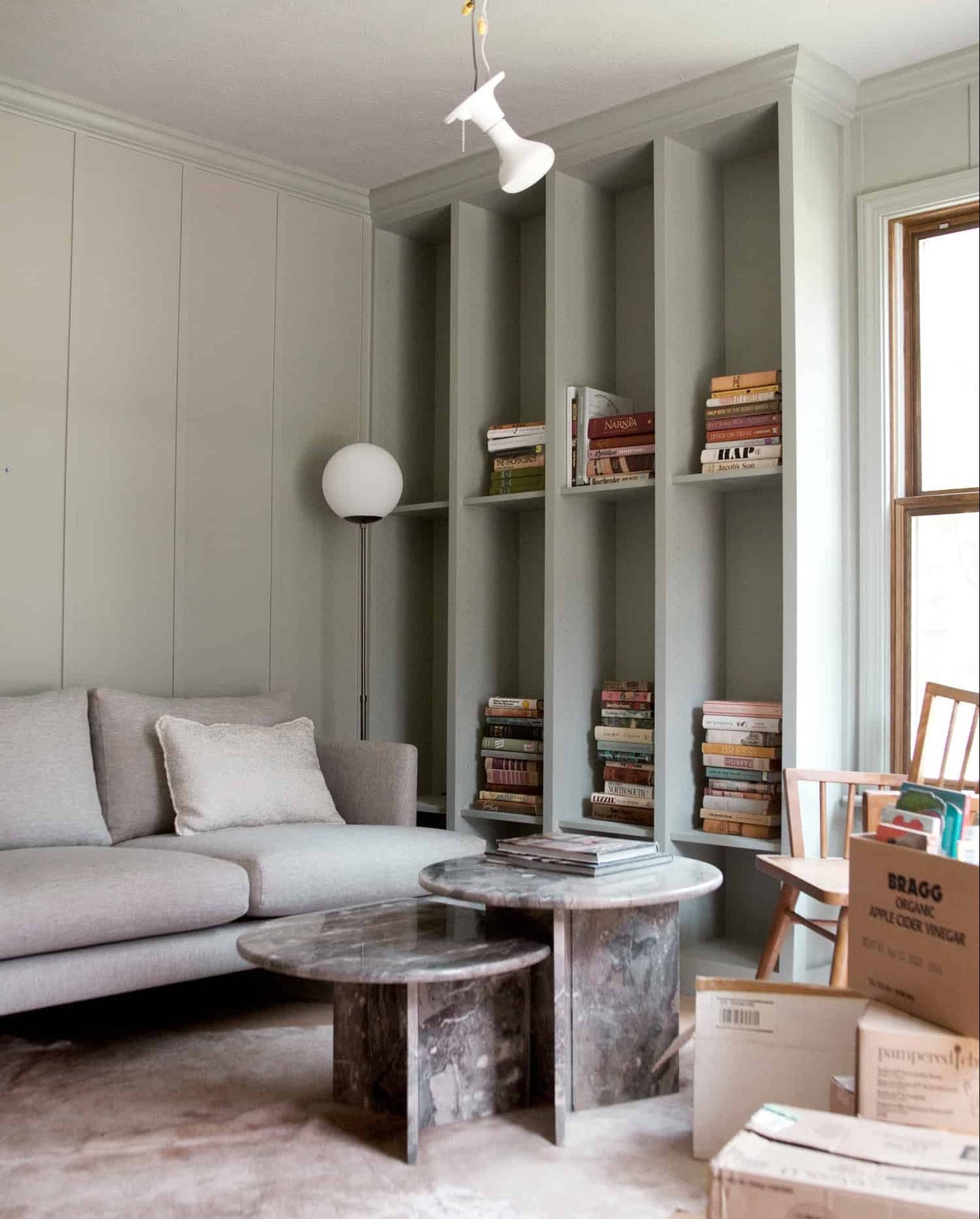 IKEA’s Billy series is about as iconic as they come. Right up there with the Tarva, Pax, or Lack, it has had its fair share of the spotlight, especially in decorative form. The Billy series’ streamlined structure allows for it to be seamlessly integrated within a wide variety of decorative styles, paving the way for a countless number of opportunities to be customized with a bold touch of color and, if so desired, added flair.

At the core of its design, simplicity reigns supreme, while the undeniable element of functionality remains a mainstay. Among the aforementioned opportunities is the ability for it to transform into a built-in shelving unit—a little creative finagling goes without saying.

Ahead, we look to the design creatives who took on the challenge of instilling their own personal touches to their

transforming the iconic staple into a statement-worthy element in its own right. Read on for the best takes we’ve seen of IKEA’s Billy bookcase hacks.

If your preferred method of storage entails a concealed element take a design cue from the creative crafter over on Ich Designer. Outfit your Billy bookcase-turned-closet with a DIY sliding door to keep clutter out of sight and mind.

Courtesy of A Beautiful Mess Photography by domino

Utilizing the Billy shelving system as a base for built-in shelves is a hallmark of the iconic IKEA storage unit. We spotted this dreamy rendition on A Beautiful Mess, which comes with an inspired splash of paint, elegant molding, and a versatile array of shelving options to help corral your essentials in a neat and tidy finish

For Claire Brody, the transformation was all about making an

look unlike a standard bookcase. Her secret? Adding on sleek moulding to frame the outer edges, as well as the vertical lines that joined the shelves. The dynamically detailed effect, coupled with the whitewashed backdrop, resulted in an elevated finish that complements the laidback yet elegant decor scheme of the room.

Get the how-to on Claire Brody Designs.

Simplicity is at the core of this classic upgrade. Before assembling the shelving unit, paint the backing (wallpaper will also do the trick!) in a contrasting shade, to add a bold element of depth to both the structure as well as the room in which it stands. Renter’s take note.

There is something to be said of a living room fireplace sandwiched between floor-to-ceiling shelving units—in that it’s about as covet-worthy as it gets. Considering the fact that such built-in units are difficult to come by, a workaround is definitely in order. Enter this clever DIY, which utilizes wooden fillers and whitewashed moulding to emulate said effect. None will be the wiser.

Get the how-to on Place of My Taste.

We’re all about the less-is-more approach with this one, which entails a seemingly plain white bookcase paired with an ingeniously simple add-on: a pair of glass doors. The result? A style-focused take on a modern cabinet that’s structured to showcase your most sightly decorative essentials and dinnerware.

Get the how-to on April and May for IKEA.

Up for a design challenge? Malcolm Begg serves up major inspo by way of this statement-worthy built-in hack, which has us seriously second-guessing if it was even IKEA (kidding, it was). A bold splash of paint coupled with beautifully detailed moulding allow the unit to seamlessly integrate itself within the palette and structure of the room. Though we have to admit, we love the addition of the line of drawers set at the base for added storage.

Get the how-to on Designsixtynine.

Photography by VIRGINIA ROLLISON FOR LONNY

Chalk this one up to an easy way to make a major impact with a small detail. A dash of

cleverly earmarked for the borders of the shelving unit, implements an element of depth by contrasting against the all-white backing. Doubling as an illusionary frame of sorts, one would be hard-pressed to distinguish the true framework of the piece.

Get the how-to on Lonny.

The Billy as a dollhouse? Who would’ve thought! It takes very little to transform the basic shelving unit into a dreamy domain—seriously, you’ll probably spend way more time crafting the furniture and accessories for the interior. Foam plates covered in wood veneer comprise the roof, while the remaining sheets of the plates can be used to stand in as walls for the various rooms. Yep, it’s as easy as that!

Get the how-to on April and May.

We’re loving this one for the ultra chic and streamlined semi-circle coverlet up top, one that imparts the unit with an elevated detail. A color-coded book display paired with the ever-so-clever art placement between shelves earmark this built-in unit as an instant style statement.

Get the how-to on Design*Sponge.