From floor crystals to infrared panels. 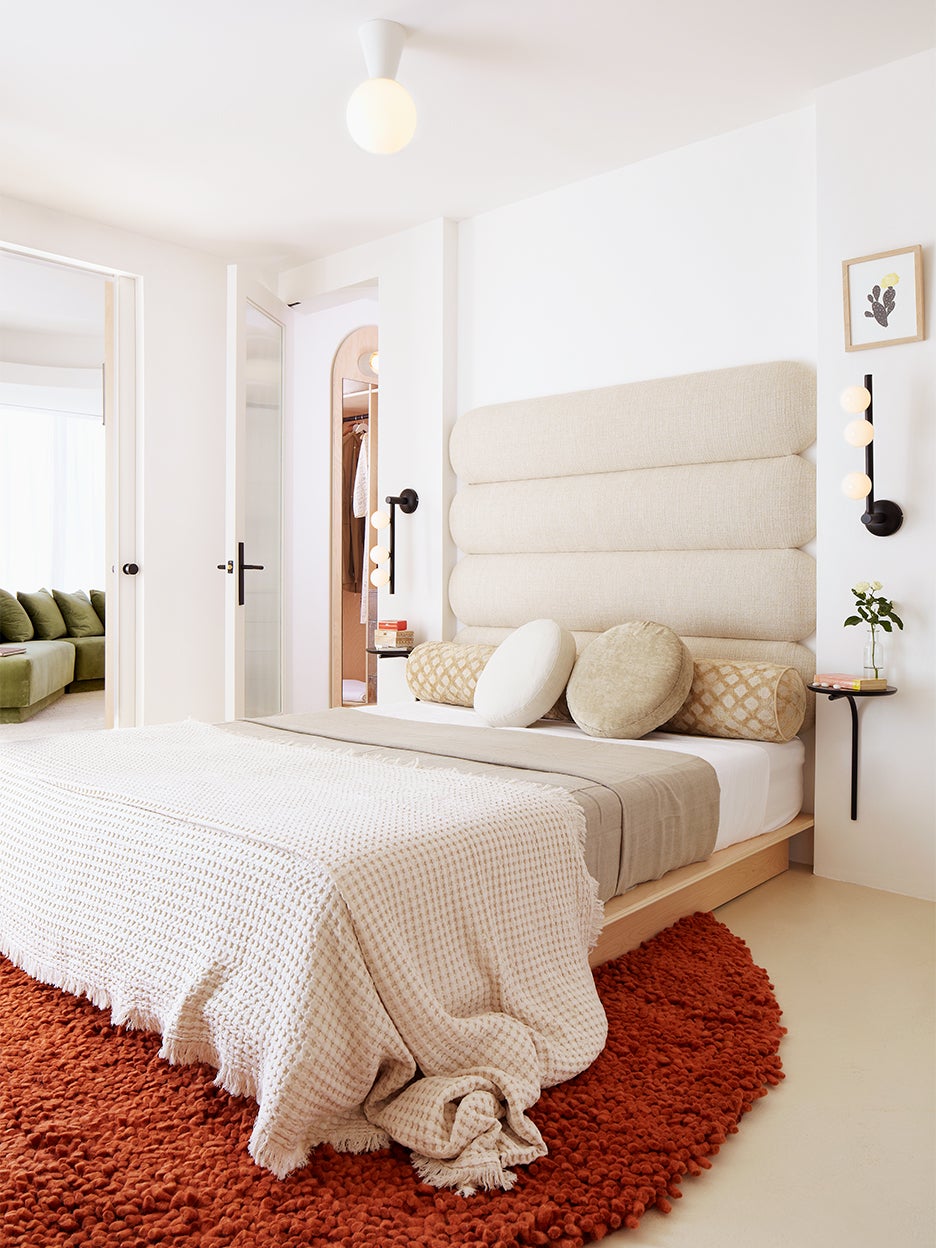 Our fixation on healthy lifestyles is nothing new (the global wellness economy was valued at almost $5 trillion in 2018), but for Andrea Kantelberg, founder of Toronto-based design firm Evolved Living, it’s about much more than a one-off Peloton purchase or wellness corner. She started the company with the intention of finally answering the most elusive question of her 15-year career in interiors: How can your home best support your health and well-being? Enter: the WELLington, Evolved Living’s first complete prototype, deemed the “healthiest condo in Canada.”

The 2,500-square-foot space, located in downtown Toronto, is designed to showcase the myriad ways a space can benefit its inhabitants’ physical health and emotional well-being. Below, Kantelberg walks us through the final product, complete with everything from high-tech circadian lighting systems to invisible floor crystals (yes, you read that correctly), to inspire a well-rounded approach to your own home.

Connect With Nature—Even When You’re Indoors

All wellness nuts will tell you: Synchronizing with nature, in some form or another, is key. The WELLington’s bedrooms face east to encourage rising with the sun, and natural light intentionally floods the living room. But it’s the 2,000-pound boulder in the kitchen (found at a local quarry) that truly brings the outdoors in. “It took seven people to get it up to the unit, including a structural engineer,” Kantelberg says, laughing. “The idea was almost abandoned, but I’m so glad it wasn’t, because, from a metaphysical point of view, it’s a grounding element in the space.”

As one of Evolved Living’s defining values, sustainability was considered every step of the way. Specifically, dematerialization. Never heard of it? It’s the reduction of materials used in a product to limit overall environmental impact. In the kitchen, the team originally had plans to use more involved materials for the almost floor-to-ceiling cabinetry, with plywood as merely a substrate. But in the end, they reconsidered; why not stick to basics and use the plywood itself? To elevate the humble material, they opted for multihued Italian marble countertops, and even those were environmentally sound. (The team went with what Kantelberg refers to as graveyard slabs—pieces of marble soon to be disposed of—for the kitchen island and in both of the condo’s bathrooms.)

Dematerialization played a role in the living room furniture choices, too. On one side of the space sits an olive-hued, ’80s-era sofa purchased in pristine condition from a Brooklyn-based family. The pair of ochre Herman Miller chairs were reupholstered, but Kantelberg made a point of using only end-of-yard, chemical-free fabric.

“Taking organic shapes and repeating them down to the most minute detail is what creates a cohesive and holistic space,” says Kantelberg. “Repetition of form puts dwellers at ease.” Look no further than the kitchen island, whose shape is mirrored in a 30-foot-long ceiling “cove” directly overhead. Similar ceiling indentations are repeated throughout the home to create symmetry and balance. The color palette also played an important role in generating a sense of serenity. Citing Mediterranean influences, the WELLington boasts textiles in natural hues like terracotta, sage, and sand to remind inhabitants of a dreamy beachside respite.

Call On the Five Senses

One of Kantelberg’s goals was to ensure that the space included ample sensory experiences that connect homeowners to their bodies. First up: sight. A lighting designer measured the quality of light over a 24-hour period, then the team programmed the area’s fixtures to mimic the natural cycle in an effort to sync the body clock with nature’s rhythms.

The next step was to properly insulate both bedrooms to create complete sleep sanctuaries devoid of sound. For scent, the home features a wireless aromatherapy system with two organic oil blends, one meant to energize you during the day, the other to calm you at night. As for taste? Two refrigerators, one for food and the other for beverages, has that covered.

Go Against the Current

Kantelberg tapped multiple scientists for the project and soon learned that harmful electromagnetic waves are under-the-radar offenders. “What a lot of people don’t realize is that dirty electricity creates inflammation in the body,” she notes. One simple fix: Installing only hardwired lighting sources in the bedroom. When wiring is behind drywall as opposed to out in the open, electromagnetic frequencies are eliminated. Fewer wires leads to cleaner electricity.

The Rose Quartz on the Cake

Wanting to do something extra-special with the guest room—defined by its tufted headboard and shaggy rug—Evolved Living turned again to trusty plywood and plaster to create a tucked-away nook behind the bed. With the addition of infrared panels and cinnamon-hued paint, it became a custom sauna meant to relax and rejuvenate. In the main bedroom, sensual rose quartz lives beneath the flooring, while a blend of moonstone and sand hides in the ceiling to forge a connection to the stars. As Kantelberg says, “It’s not just about how a room looks, but, perhaps even more important, how it makes you feel.”