It’s not just a flash in the pan. 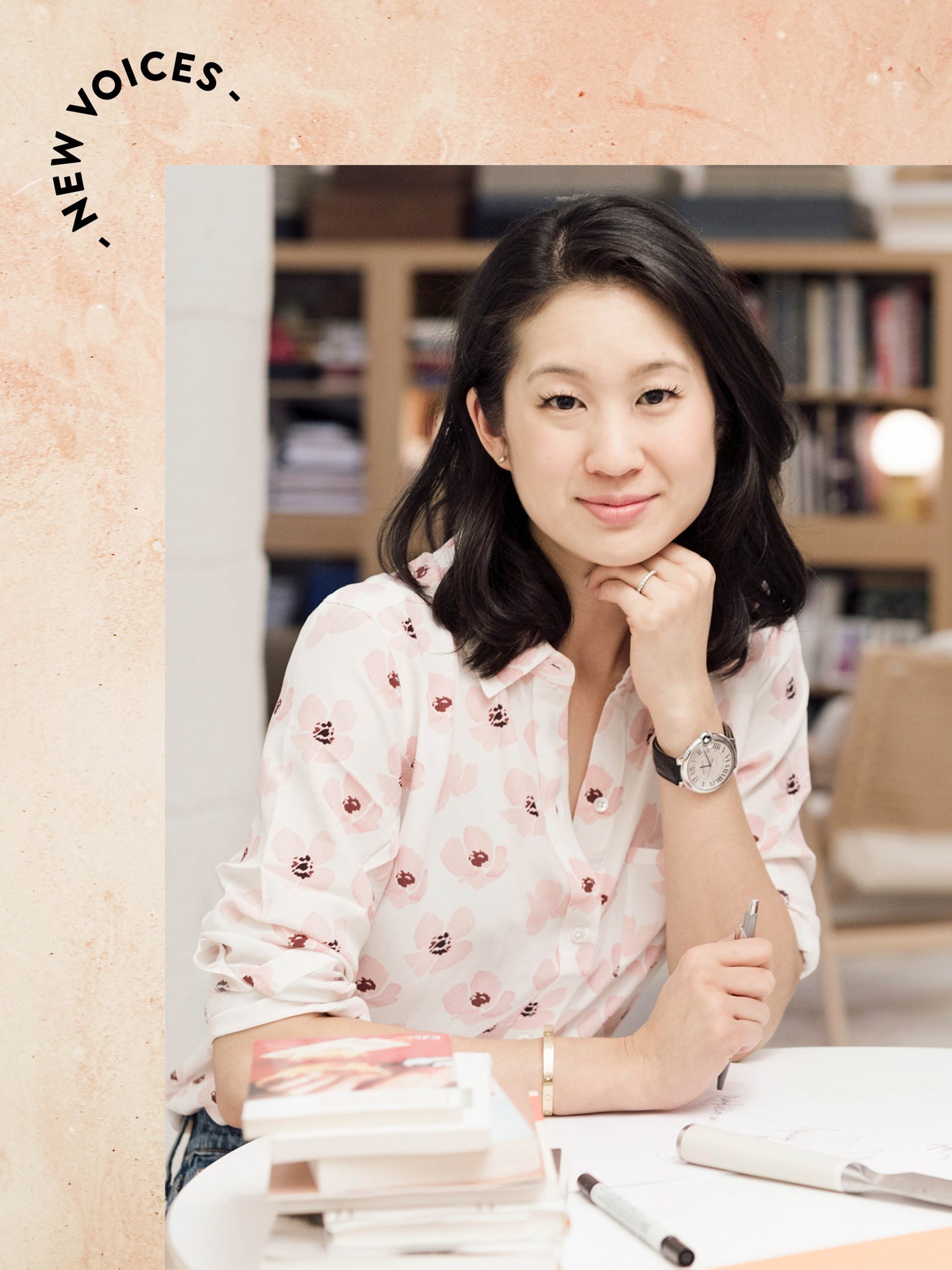 What does it take to shake up an industry? In New Voices, we spotlight and celebrate the female founders who are changing the way we live, shop, and style our homes, one bright idea at a time. In their own words, they share the major milestones and less-than-shiny moments—from prototypes gone awry to seeing their first product “in the wild”—that make it all worthwhile.

If it’s true that we’re doomed to become our parents, maybe we can hope to do it the way that Eunice Byun, co-founder of the direct-to-consumer kitchenware line Material, did. Repeating the fundamentals that she learned from watching her father and grandfather run a Korean restaurant in San Diego (owning a food-focused business, caring deeply about customers, stretching resources to their most useful), but polishing those building blocks into something that’s totally her own.

Material creates products for casual home cooks—those of us sauteing vegetables while FaceTiming our parents, or reheating homemade soup after a long day at work, rather than putting off a mutli-course meal from scratch. “The DNA and the values of Material are deeply rooted in how my cofounder Dave Nguyen and I grew up, and I think our shared love language was always food,” she says. But it isn’t just a love for food and cooking that sets Material apart. Byun is Korean American, while Nguyen is Vietnamese American, and those identities are important to the company’s ethos. “At the end of the day, that immigrant mentality is something that is deeply rooted in our work ethic,” says Byun. “We’re very mindful of the fact that people are opening up their wallets to buy things that we’re imagining and designing.”

Her heritage also shows up in the way the cookware is designed; Material’s slotted spoon is based on the spider utensil commonly used in East Asian cooking. Every design incorporates clever features that make sense for the real world. Like the tongs: when you hold them pointed down—the way you would to use them—they automatically unlock and widen.

It took Byun a long and varied career and a lot of lessons to create Material the way she wanted to. Since working as an analyst at Goldman Sachs and later as the VP of Global Digital Marketing at Revlon, she has treated her career like a series of lessons in how to run a business, always keeping the nebulous dream of one day running her own in the back of her mind. We asked her to share the moments and milestones that stood out, roadblocks included, on her path to building a different kind of kitchenware company.

My Registry Was Full of Cookware—But I Didn’t Use Any of It I had gotten married, and I realized that I had all this kitchen stuff from my wedding registry that I never used. I remember talking to Dave and saying, “I have so much cookware and I don’t like any of it—why aren’t there better designed, high-quality items?” He was living with his brother at the time, who’s a classically trained chef. And he was like, “There’s a lot out there, but everything is so expensive.” Which sowed the seed of an idea to start Material.

The more we started digging, we realized that the kitchenware industry was old and sort of tired. We didn’t want to see the same idealistic view of what cooking at home looks like. Sometimes I cook, not to have everyone perfectly gathered around the table, but because I’ve had a rough day and there’s something about chopping an onion and sautéeing it that makes me feel like I have a little bit more control. We realized that there weren’t that many tools out there for home cooks that were affordable, high-quality, and, importantly, inspiring.

We Treated Our Side Hustle Like an Important Second Job, Until it Became Our Only Job When Dave and I started having these conversations, I was at Revlon and he was at Chanel, and we would work on Material on the side. It was a little bit of an itch that we needed to scratch to figure out it was even viable. We’d work together on weekends and then use our banked time off as a way to take initial meetings. Most of the meetings were getting to know potential investors and refining our pitch as we received feedback. We also spent a lot of time in the early days, almost a year before our first hire, thinking through what we wanted the company to stand for.

Before we knew it, we had a number of investors that were interested in working with us, before we even had a product. There definitely has been an ongoing trend in the venture world of investing pre-product. We were fortunate to have connected with Daniel Gulati from Comcast Ventures, who is now on our board. He understood our vision and believed that we had the backgrounds and shared passion to get this thing off the ground. From there, it happened pretty quickly and we were able to raise some initial funding. Dave and I both resigned from our jobs at the end of 2017, and we launched Material in the spring of 2018!

It Didn’t Quite Feel Real Until I Cooked With My Own Product For me, the lightbulb moment was when we started to see our first prototypes and could actually cook with them. Even in their early stages, our products felt so intentional and well crafted. It was really a ‘seeing is believing’ moment. I’m currently testing some of the new things that we’re working on and I’m really excited about them. There’s not a day that I’m not touching something Material in my own kitchen.

Sticking to Your Beliefs While Trying to Move A Business Forward Can be Really Trying, But Ultimately Worth It We truly believe that if we can create things that actually age well over time, we’re creating less waste in the long run. We’ve introduced a recycled plastic cutting board because we knew that having a synthetic cutting board is important in the kitchen. But the thought of introducing virgin plastic into the kitchen was something that we really struggled with. We spent about a year finding the material that we thought was going to hold up performance-wise and dovetail with our viewpoint on sustainability. We spoke to manufacturing partners all over the world. There was a lot of cold calling of factories that might have had some experience with recycled materials. We even reached out to research-based organizations to see if they had any partners. At one point during the process, I thought we would never get this project off the ground because the only willing partners were unwilling to budge on minimum quantities. This was challenging for an early stage company like ours that wanted to change the conversation around plastics in the kitchen. It seemed you had to be a “big guy” to try and affect change. Thankfully, we found a great partner in Korea that was already deeply involved in recycled plastic efforts and the use of renewable sugarcane.

Motherhood Has Made Me a Better Entrepreneur One of the things that’s not talked a lot about in the startup space is the mental health. I think that having a momentary break from the startup scene helps keep me going. My daughter doesn’t care what I do. I’m just her mom and I’m cooking dinner or feeding her breakfast. I always say and truly believe that I’m a better entrepreneur because I’m a mom. For me, a good entrepreneur is someone who is able to have the vision, but also the decisiveness needed to realize the vision. As a mother, I have a limited amount of time, and I’ve had to learn to be really efficient and effective. Being a parent has also taught me to turn off my business brain. Nothing brings me greater joy than coming home after a challenging day and having my four-year-old run up to me.

I Try Not to Get Caught Up in Competitiveness The whole kitchenware landscape is shifting rapidly. There are a lot of new brands and I think there’s a bit of fatigue in this space. We try not to look left and right to see what’s happening. We are focused on making sure that we stay true to what we stand for and that our customers know and believe that we’re committed to helping them build a collection that they love for their kitchen. But it’s challenging to not get caught up in the competitiveness.

We’ve had to really pick our battles and choose where and how we want to grow and at what clip. At the end of the day, we know what we want to be, and that we can be around for the next 10, 20, 30 years. That’s really shifted the types of decisions that we make as a company. 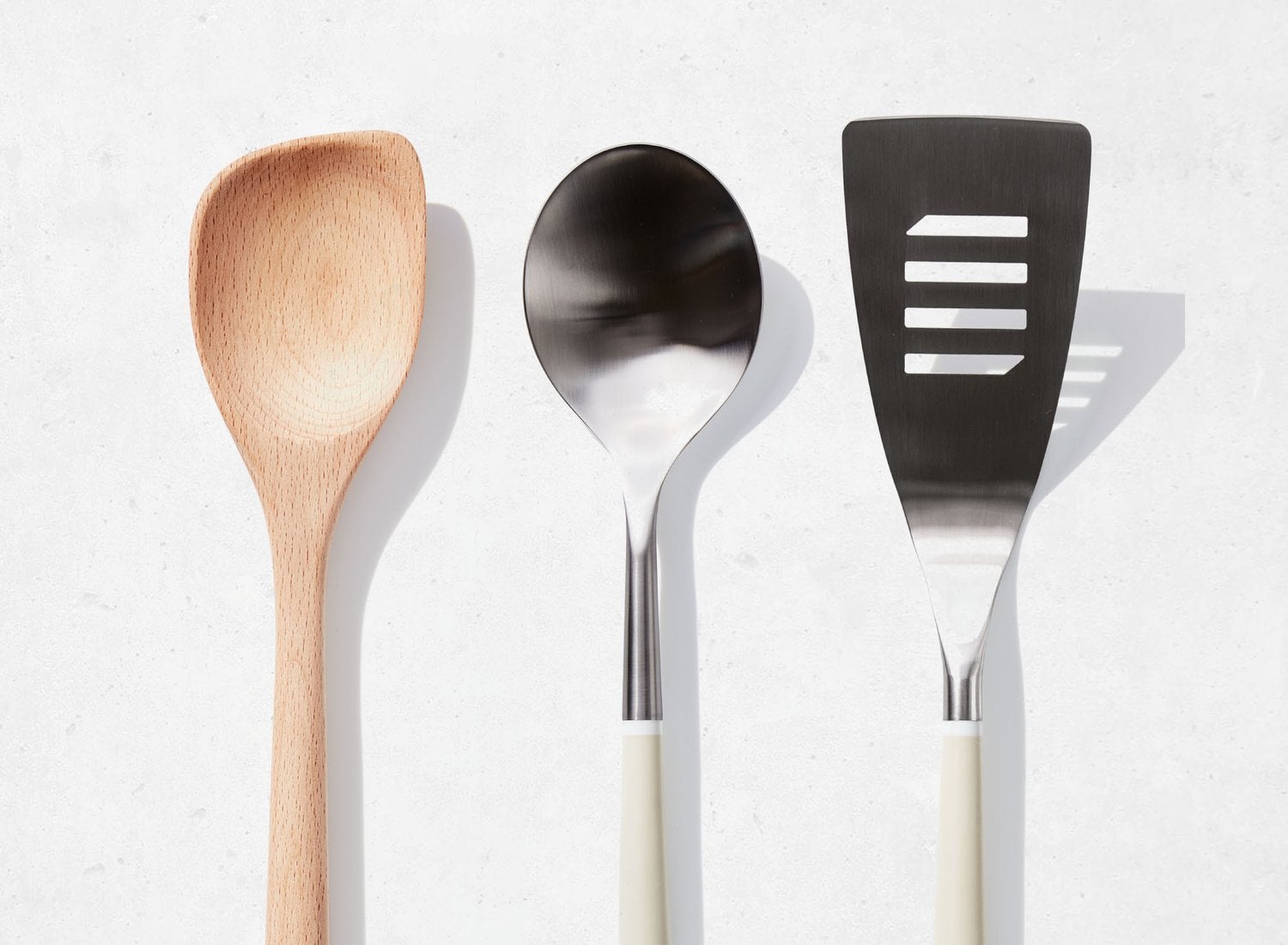 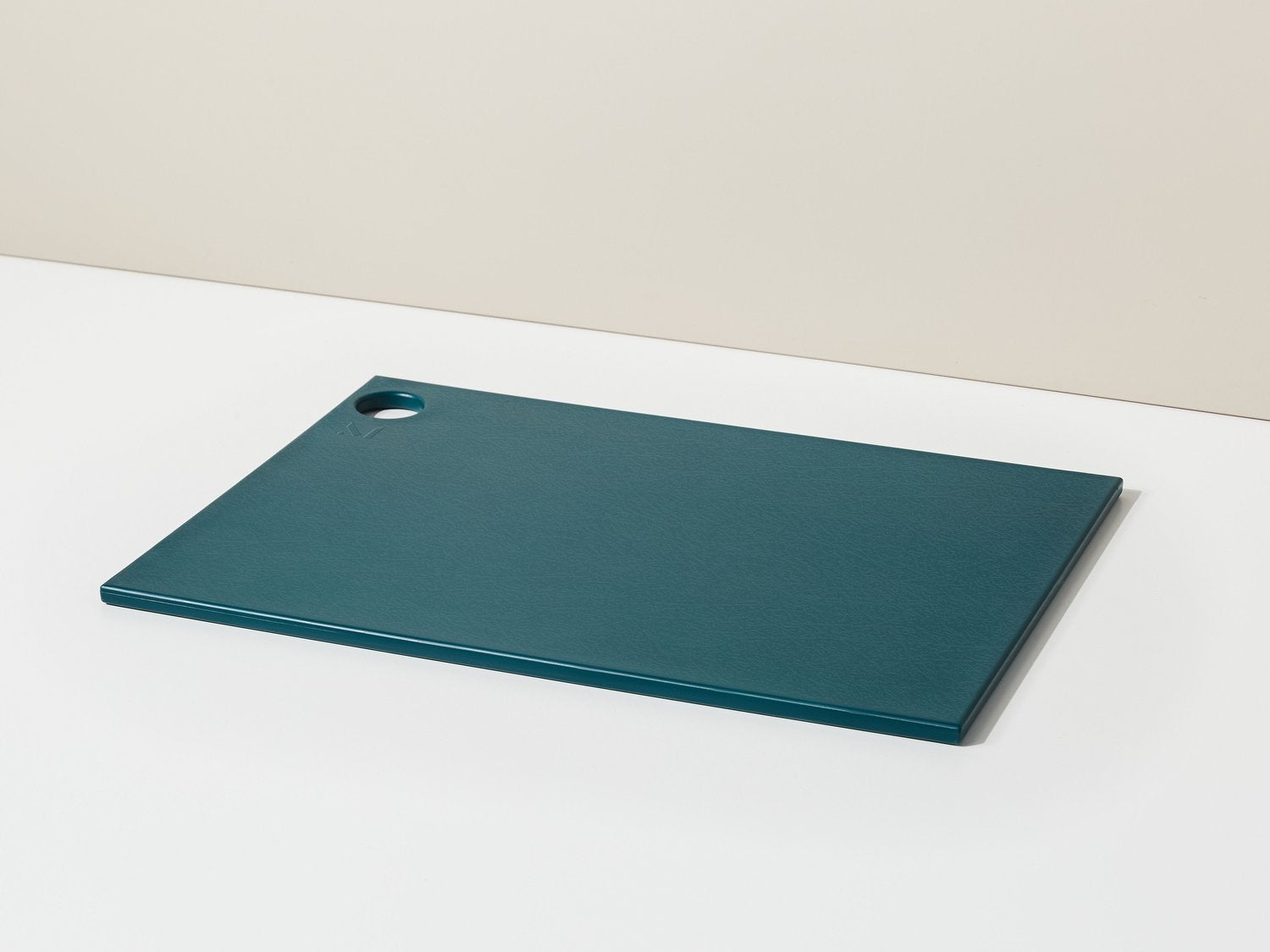 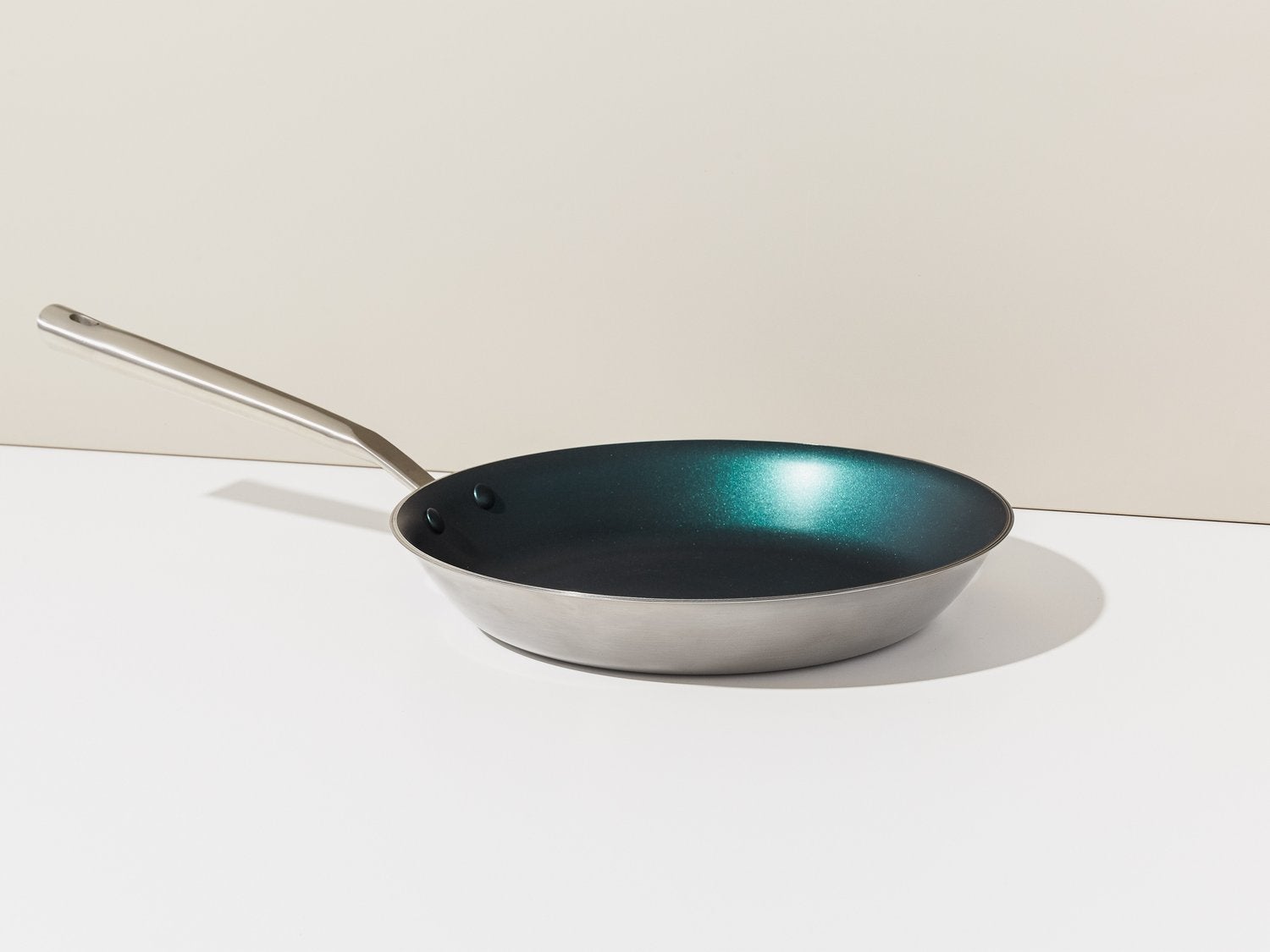 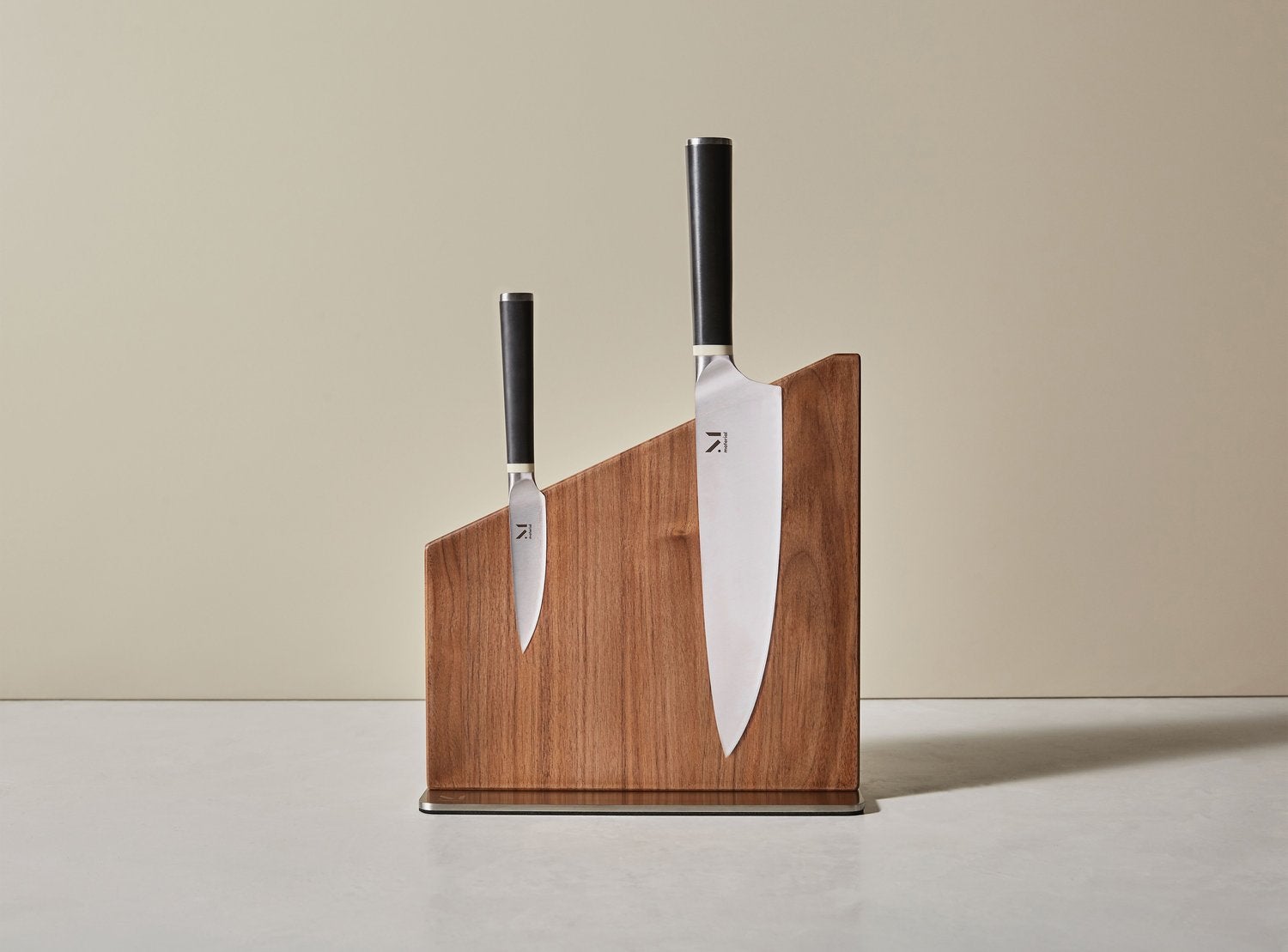 More New Voices: Meet the Activist Entrepreneur Telling the Stories of Immigrant America Through Cookware The Founders of Social Studies Just Want You to Have a Good Time How This Textile Artist Brings Whimsy to the Home