Plus what a passive home actually entails. 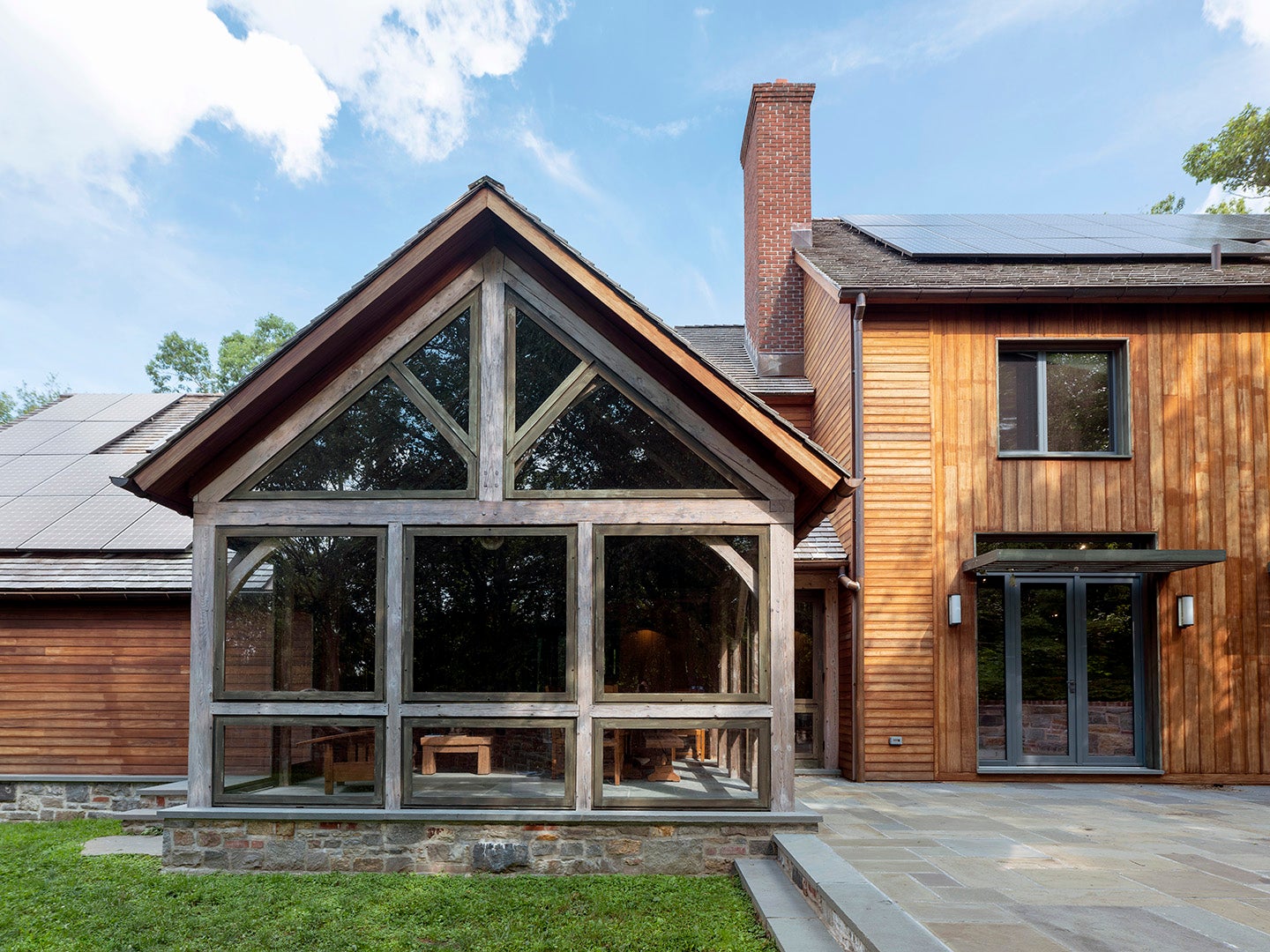 When the term energy efficient gets thrown around, LED lightbulbs and water-saving dishwashers come to mind. But for architecture firm BarlisWedlick, a member of the ​​U.S. Green Building Council and Passive House Institute U.S., each project is an opportunity to focus on what’s on the outside as much as the inside. When it was approached by a couple in Westchester, New York, to revamp the dated exterior of their ’80s home (the siding’s paint was chipping beyond repair), for instance, the design consultation quickly resulted in a conversation about how the property could be eligible for passive house certification. In the end, the company lowered the home’s energy usage by more than 70 percent. (And as the U.S. Department of Energy reports, less energy use often equals money saved on utilities.)

What is a passive house? According to architect and BarlisWedlick founder Alan Barlis, it’s a home that meets a strict set of energy qualifications that primarily deal not with solar panels or compost bins but a space’s airflow. Think about how leaving the door open in the summer lets out all the cool air your AC worked hard to crank out—that inefficient leak is exactly what these criteria are trying to combat. There’s a few ways to seal your house, so we asked one of the firm’s architects, Andrew Lefkowitz, and Barlis for their guidance on how to achieve ultimate energy efficiency.

Proper insulation is the gift that keeps on giving: It not only helps with soundproofing your spaces, it helps the heating and cooling work more efficiently. For this standard timber-frame house, BarlisWedlick ended up adding an additional layer to the exterior of the home plus an air barrier (which can be anything from drywall to plywood) to create what Barlis calls an airtight seal. The team added additional insulation, including an air barrier, to create a full seal. (Plus the basement was waterproofed.)

The crew worked from the inside and out, digging up the foundation in order to place the sealants correctly before they installed brand-new siding.

If you live in an older home, you’re well aware that the windows can be drafty. (The wood frame can shrink and the caulking may degrade.) Luckily the Westchester house’s windows were okay, but if the exterior was going to change, the seal would still have to be tweaked in order to accommodate the extra insulation. The firm increased the size of the openings to be able to get at the joints, then installed new windows to fit.

The homeowners insisted on keeping their three fireplaces and Dutch oven in working order. (We get it: instant charm!) However a fireplace can act as a gaping hole, letting air up and out, not to mention allowing extra dust and debris to come in. Barlis and Lefkowitz recommend an airtight door on the front or a proper chimney flap that can be opened and closed, so you get both your crackling fires and your lower energy bill.