Do it while you binge the second season. 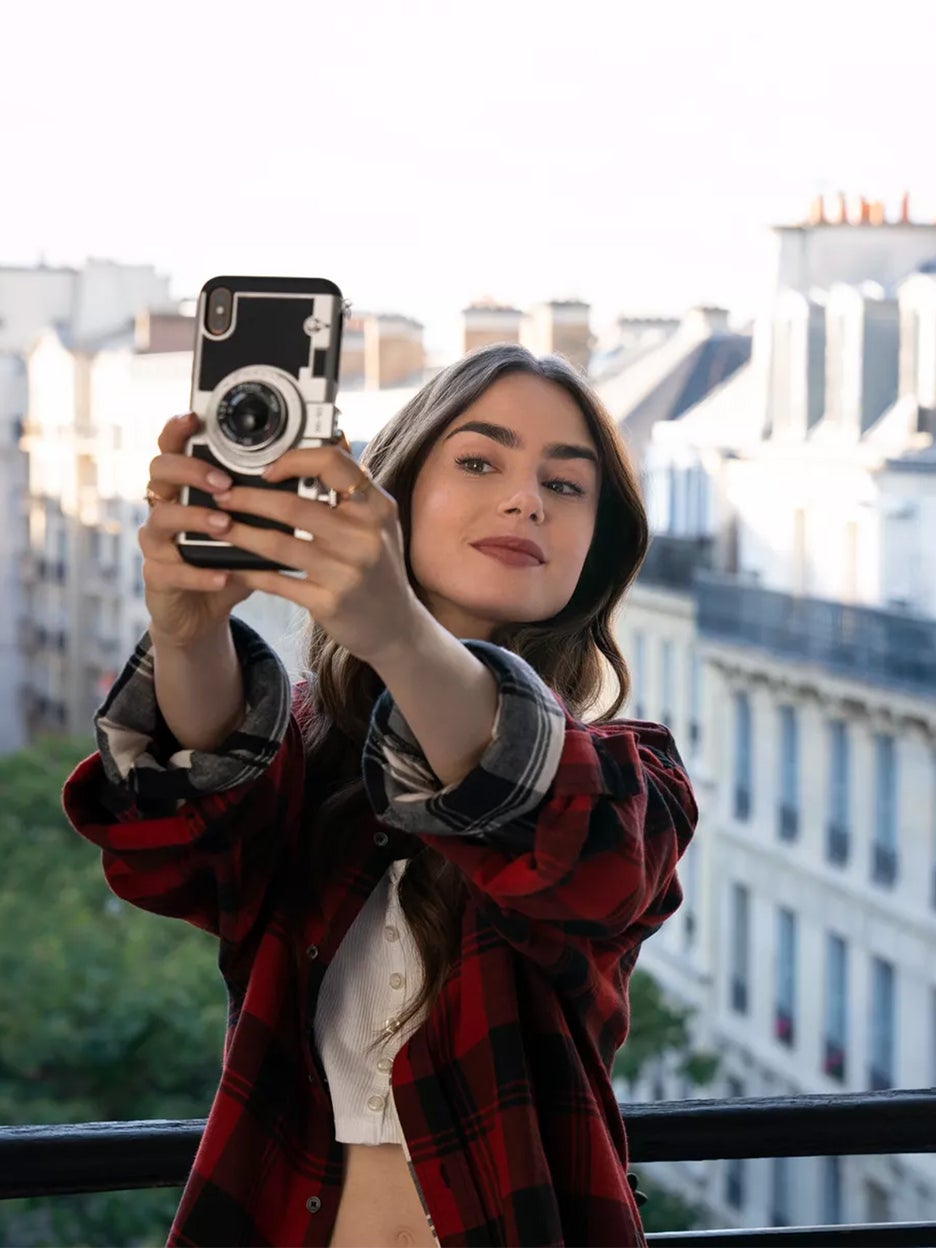 Of all the French eye candy to get lost in while watching Netflix’s Emily in Paris —the pastries! the Chanel!—Emily’s unique sunburst headboard is the one detail we couldn’t help but dissect on Slack when the series first aired in 2020. So we were thrilled to discover it was given a recurring role, showing up again in season two.

Fun fact: It isn’t technically a headboard at all. The decor is the handiwork of set designer Christelle Maisonneuve, who bought dried tropical leaves at a wholesale flower market and arranged them in a fan-shaped pattern above the mattress, securing the fronds to the wall with staples and glue. (The set walls are made with plywood, but you could easily follow these steps for drywall, too.)

“The artistic direction for Emily’s apartment was ‘charming but simple,’ and as soon as I noticed the leaves at the market, I thought they’d make an interesting headboard,” says Maisonneuve, citing early-20th-century mahogany Thonet beds (whose shape was later reinterpreted in the ’70s in the form of rattan peacock beds) as her inspiration.

The statement-making piece does have one downside, says the set designer: “The dried leaves were making so much noise when Lily Collins [who plays Emily] was moving in the bed!” Luckily, our own bedrooms aren’t TV sets. Plus the breezy look is a cool alternative to rattan that’s simple enough to put together in a weekend. And the result? Très chic!

This story was originally published in October 2020. It has since been updated.