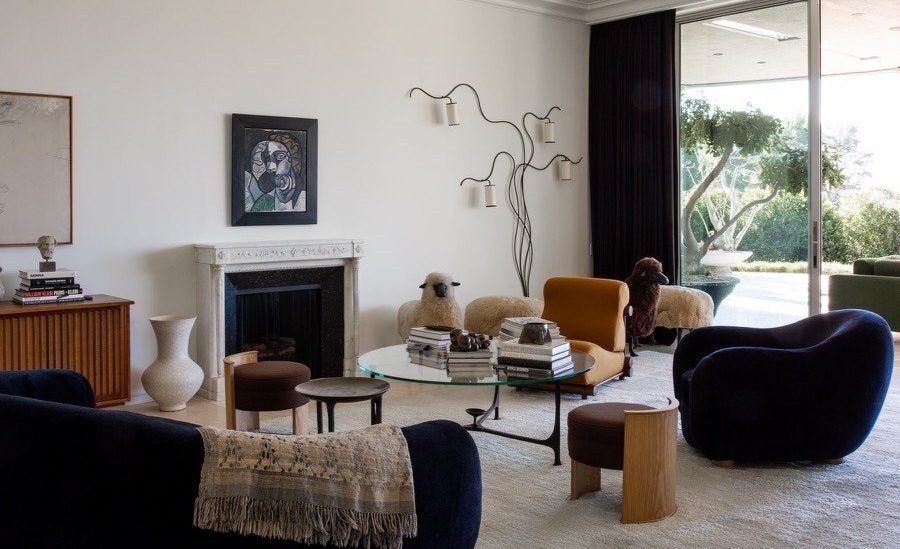 Between churning out memoirs, befriending every It celebrity there ever was, and running her own lifestyle brand, Ellen DeGeneres is nearly impossible to keep up with. While  you can never be quite sure what the A-list TV host is going to do next (Open a restaurant? Kick-start a singing career? Become pals with Snoop Dogg, Martha Stewart–style?), one thing is guaranteed: Ellen always has something design-related up her sleeve. By now, it’s no secret that the beloved comedian has taken on a second career as a house flipper. According to Vogue, in the past 25 years alone, DeGeneres has bought and renovated over 15 homes. You do the math.

Putting another epic home behind them, DeGeneres and her wife, Portia de Rossi, just put an incredibly luxe abode in Beverly Hills back on the market after only seven months. According to Variety, the iconic Hollywood Regency–style mansion, which sits in the coveted Trousdale Estates neighborhood, is now for sale for $18 million.

If you asked us last September, when the duo dropped a cool $15 million on the palatial pad, we would have told you that this was surely going to be their forever home. While we’re a little disappointed that our prediction was wrong, we can’t help but admire the upgrades DeGeneres made to the space.

Unlike the star’s most recent purchases—which include an $18 million beachfront home in Carpinteria, a recently sold Spanish-style villa in Montecito, and a $40 million rustic-chic spread in Santa Barbara—this glitzy estate sits high above Los Angeles, offering elevated views of the valley below.

Once home to actress Marjorie Lord, the single-story house (built and designed by acclaimed “architect to the stars” John Elgin Woolf in 1962) boasts dramatic details one can only find in a true Hollywood Regency–style home. Spanning 5,100 square feet and situated on a discreet cul-de-sac, the five-bedroom home is the quintessence of SoCal living.

DeGeneres, whose diverse passions include collecting important 20th-century furniture, has peppered the Beverly Hills home with everything from Lalanne sheeps to polar bear sofas and Calder mobiles. We have to admit, we’d buy the home in a heartbeat if it meant we got to keep the Pierre Jeanneret chairs and the Jean Royère lighting.

Each of the home’s four guest rooms offers direct access to the enclosed patio and garden and easily rival any luxe hotel bedroom. Though we have to admit that the master suite puts the other dwellings to shame. Decked out with a generous walk-in dressing room, a spa-like bathroom, floor-to-ceiling glass sliding doors, and a private walled courtyard, the master bedroom is a serene retreat in and of itself.

Telltale signs of Woolf’s iconic, mid-century touch (like the wood-paneled ceilings, which the couple appears to have painted completely white) lend a glamorous accent to just about every room in the home.

Outside along the semicircular terrace, a cozy firepit, a plunge swimming pool, and city-to-ocean views await. High-impact details along the entire exterior—like the oxidized copper finials and crawling greenery by the front entrance—add intrigue.

If there’s one thing we’ve learned from DeGeneres’s house-flipping adventures, it’s that the star doesn’t appear to have a preference when it comes to architectural style. Since her very first foray into homeownership at age 30, the comedian’s projects have spanned the design spectrum from mid-century modern to contemporary to traditional. That said, each of the homes she’s ever owned has something in common: a shared emphasis on natural light and indoor/outdoor zen.