A Minimalist NYC Loft That Maximizes a Small Space 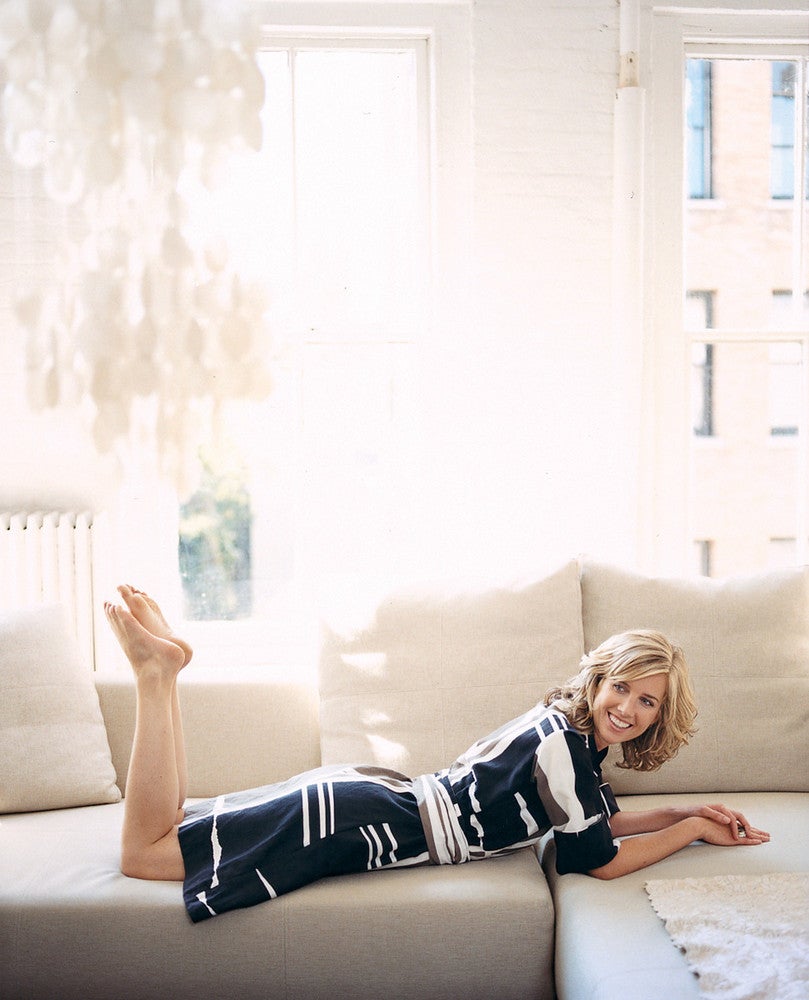 From time to time, we like to dip into the Domino archives and revisit some of our favorite spaces—like the minimalist loft of architect Elizabeth Roberts, which was featured in our December/January 2009 issue. Let’s take a look.

Personal-improvement goals aside, it’s fair to say most of us are entering 2009 with a commitment to spend humbly and wisely. Architect Elizabeth Roberts has supporter this policy for years. “I pride myself on not doing more than necessary,” she says of her design approach, which is built on conservation and innovation.

Roberts has completed projects of every scale, including actress Maggie Gyllenhaal’s brownstone, but her minimalist ingenuity is particularly smart for compact spaces that require flexible arrangements. Her own setup, a 1,500-square-foot loft in a former soap-and-wax factory in New York City, serves as an incubator—flush with ideas that can translate into any home.

Roberts’ savvy brand of modernism translates to an elegantly understated color scheme where the furniture blends with its environment. Cream walls and seating mingle with a rich brown rooted, literally, in the floor: the wide, 120-year-old planks were stained purple from the pigment used in the factory. Roberts sanded and restained them with a mix of dark Minwax hues.

An unfussy layout, with clean, low silhouettes, and plenty of space between the sofa, chairs, and table, enhances the uncluttered calm. One investment piece—her prized B&B Italia sectional—anchors the room; a West Elm coffee table lets people put their feet up.

Ever resorceful, Roberts made the chandelier by affixing a mobile to an inexpensive fixture she picked up in Chinatown.

“One of my biggest luxuries is having enough storage,” Roberts says. When devising her kitchen within limited square footage, she aimed for a streamlined effect by using all Ikea cabinetry. The fridge and pantry are along the left wall, with the countertop providing an additional prep area; it doubles as a buffet surface for parties.

On the opposite wall are the sink, dishwasher and washer/dryer. In the middle is a stove, above which sit narrow glass shelves holding cookbooks and staples. The mock kitchen door (again just a rod and ready-made curtains) is convenient if clients arrive before Roberts husband has left for the office.

The bathroom is equally sensible: In it she installed freestanding wood for units for frequently used products. Roberts bought the mirror, sink, and shelving in London—because “Europeans understand small bathrooms better.”

The clever wall-ternative—thick corduroy Ikea curtains lined with blackout fabric and hung on ceiling tracks—separates Roberts’ “cozy triangle of a bedroom” from her office.]

A macrame shelving unit bought on eBay does night-table duty.