The actress recently purchased the apartment for $4.2 million. 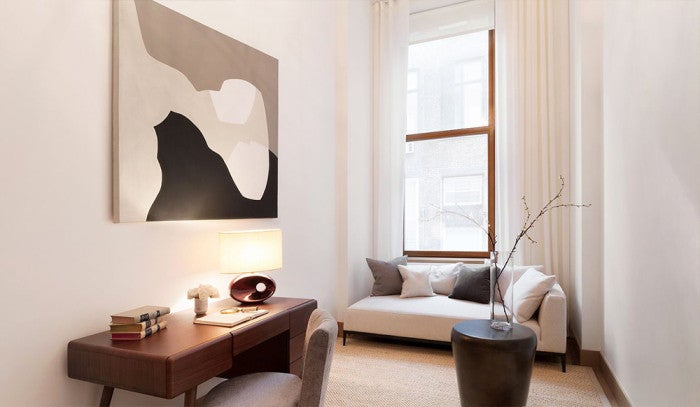 Diane Kruger is officially staying in New York. The German actress just purchased a two-bedroom, three-bathroom loft in Tribeca, after selling her East Village apartment for just over $1 million and putting her L.A. home on the market.

Kruger put down $4.2 million for her new home, which was originally listed in early 2015 for $4.6 million. Kruger will be the inaugural resident of the 1,943 square foot condo, located in an environmentally-conscious 1869 Second Empire-style cast iron building with just eight units. The boutique condominium has a gym, private residents’ lounge, and lobby with an impressive plant wall.

The interior of Kruger’s new apartment is serious rustic-loft perfection. It features original brick walls (as well as some all-wooden accent walls) and reclaimed oak flooring, ceilings over 11 feet high, and massive windows for plenty of natural light.

The small but luxe chef’s kitchen is made from locally-sourced materials and has state-of-the-art appliances to complement the marble countertops. It opens up to a combination living/dining room that includes three energy-efficient windows, making the space even more eco-friendly.

But despite the gorgeous decor, one of the arguably coolest features of the Tribeca loft is the virtual doorman system in place. The remote doorman system manages residents’ wishes electronically through a database that stores their commands, such as which visitors are permitted and how they want their deliveries handled. To provide an extra level of security, residents must use a keyed elevator system to enter the condo.

While she might be selling two other homes to focus on her new Tribeca digs, Kruger is holding on to her chic Parisian apartment on Quai Voltaire. We can’t say we blame her —if Karl Lagerfeld was our neighbor, we wouldn’t want to move either.