The right way to do Halloween as a duo. 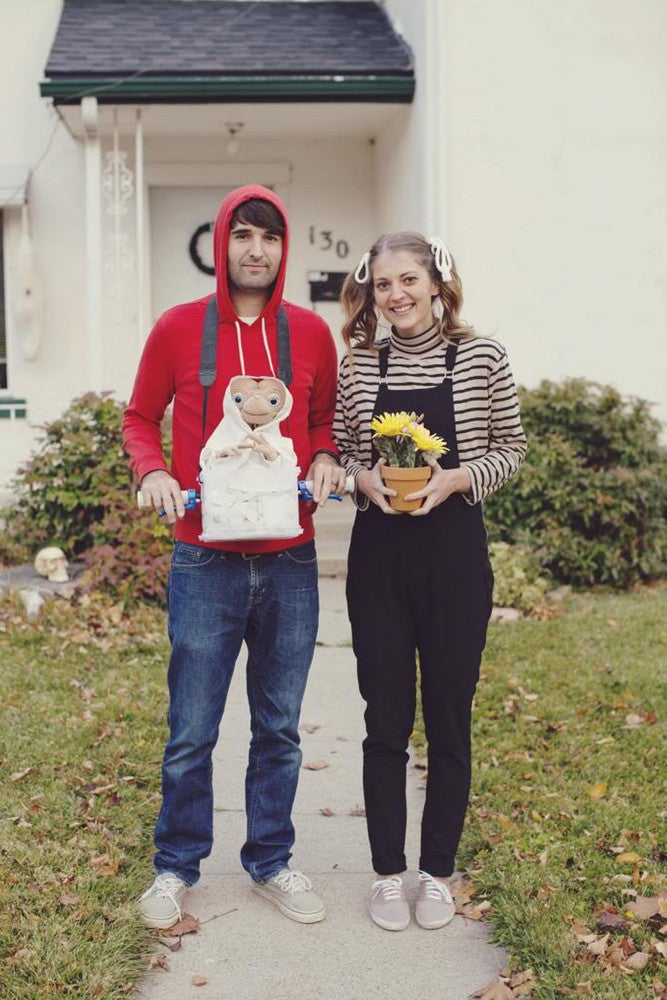 Photography by TO ADVENTURE

Rather than a pre-packaged couples’ costume certain to cause eye rolls, why not take a moment to consider something a bit more clever? We found 21 couples who gave us Halloween fierceness, rather than folly. First up, E.T. featuring Gertie and Elliot, courtesy Sarah Rose and Jordan over at To Adventure.

Bonnie and Clyde on the loose.

For the Westworld fans: Dolores and Bernard for the win.

This Publisher’s Clearing House moment really brings us back.

Is there a better TV duo than Mulder and Scully?

The Titanic (post-sinking, so you don’t have to walk around in tandem all night).

This Arthur and Buster pair skirts a fine line between annoying and cute, but we lean toward cute.

They ain’t afraid of no ghosts.

Miss Demeanor and Miss Behavior. Belles of the ball.

Harry Potter and the Golden Snitch. Way less annoying (and less predictable) than Harry and Ginny.

Harry and Marv (you know, the bandits from Home Alone?)

Bob Ross and a painting.

How to DIY a Costume from the Hardware Store

Clever Costume Ideas You Can Create From Your Closet

Clever Halloween Costumes You Can Whip Up At Home