After Moving to L.A. From NYC, This Couple Dipped Every Room in Their New House in Color

And doubled up on their dishwashers. 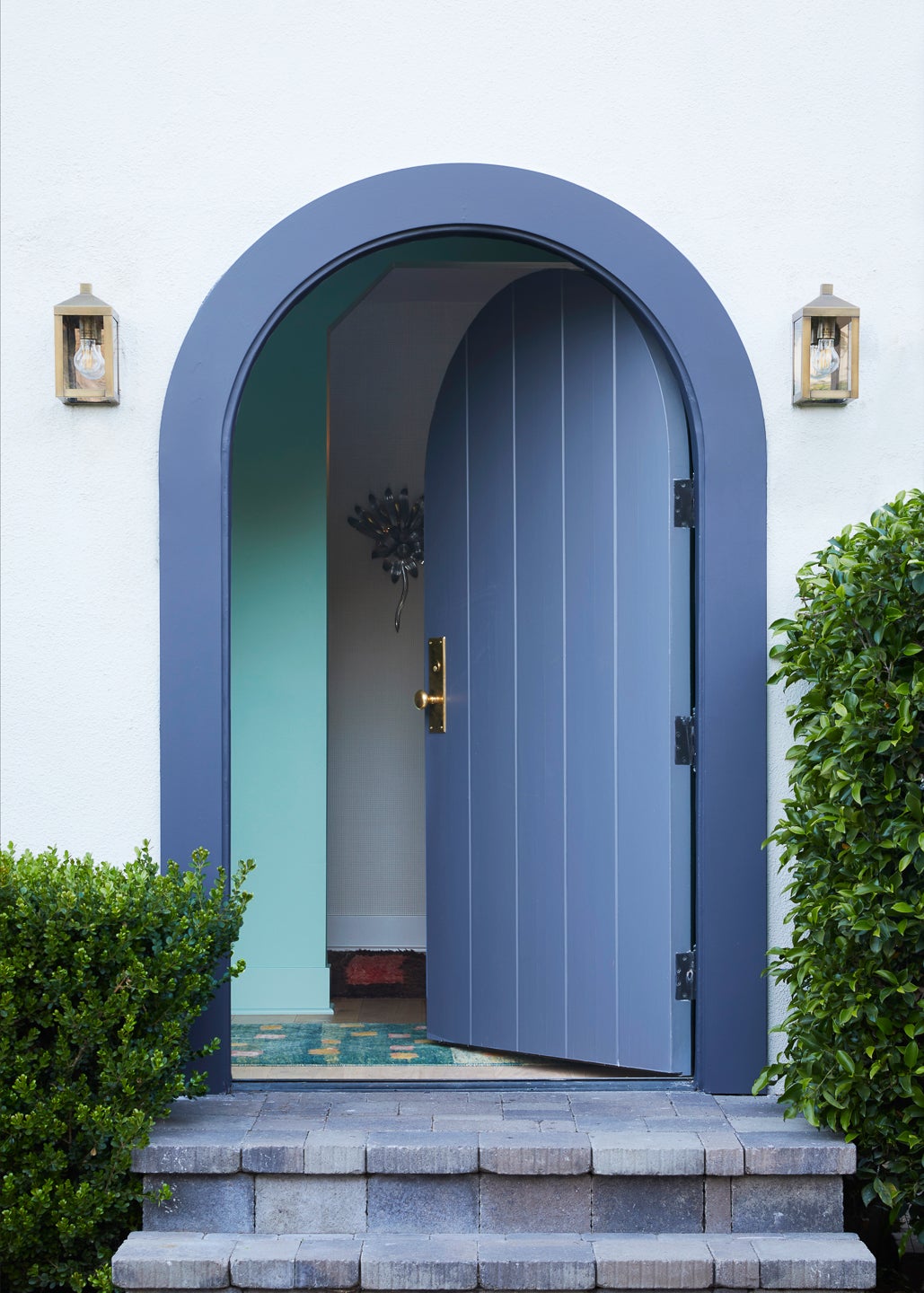 “I think a lot of people assume I would like to live in a white box,” says Rebekah Bowling. But after years of working in contemporary art galleries (she’s currently a senior specialist at the auction house Phillips) and having recently moved to Southern California, where neutral interiors reign king, Bowling craved just the opposite. The Virginia native has her childhood home to thank for that. Her American history–buff parents built a house from the ground up that was a replica of a historic home that George Washington’s brother once lived in. “They copied the details down to the molding,” she recalls. “Having an environment that felt different and not ubiquitous became important to me. It might not necessarily have to be a Colonial-style house, but it has to have character.”

So it was a shock, then, that when Bowling and her husband, Andrew Chen, ended their lease on a 650-square-foot apartment in New York City’s East Village—a place they had shared for six years—and moved out to Los Angeles in 2019, they bought a place totally lacking in charm: a West Hollywood duplex with circa-1990s finishes. “There weren’t a lot of options, so we were forced to think creatively,” says Bowling. The neighborhood was a big draw for the couple, as its walkability to coffee shops reminded them of Manhattan, plus the property boasted a former artist studio in the backyard that could ultimately be transformed into an ADU. “That was good vibes to me,” she says.

While the couple had enough imagination to see the potential, they needed the extra boost from a designer to help them take it to the finish line. “All signs kept pointing to Sally,” Bowling shares. That is, Sally Breer, founder of the firm Sally Breer World. Fate kept bringing Bowling to spots around L.A. that Breer had designed, like Hotel Covell and Oriel Bar, so she tasked the designer and her contractor husband, Dan (cofounder of HighGround Los Angeles), and architect Andrei Pogany with taking the bisected house (there were two kitchens, in true duplex style) down to the studs and building a unified space.

“The brief was kind of rare, but a testament to them: intimate and saturated,” says Breer, who designed all of the interior thresholds to look like keyhole cutouts—an effort to bring in some old-world charm. In the kitchen they purposely dropped the ceiling height over the banquette to create a sense of coziness, but—not wanting to compromise on natural light—added a pass-through looking out onto the dining and living area. “We wanted a little separation between church and state,” explains Breer. “If your countertops are messy, you don’t want to see it while you’re watching TV.”

One of the two things Chen felt strongly about was doubling up on their dishwashers—a major upgrade from their NYC apartment that only had a skinny, 17-inch-wide machine. “You couldn’t even fit a sheet pan in it,” recalls Bowling. Now they have a bonus dishwasher drawer that can be loaded up with glassware after a big party. His other sticking point? No funky stone. “He was adamant that there be Carrara marble throughout the house. I even tried to sidebar him on an email chain and overrule it, but he got a hold of it,” says Bowling with a laugh.

The art piece hanging in the breakfast nook is a comical reminder of their small disagreement: The picture, which is by Hudson, New York–based artist Earl Swanigan and was given to the couple as a wedding gift by their friend Jenny, shows two dogs giving each other the middle finger. “Her note was something like, ‘This is what love is all about,’” remembers Bowling. The illustration plays nicely with the room’s teal millwork and the chili pepper red banquette—a combination that might come off as Christmasy to some, but to Breer it was just fearless. “Texture is important when you’re doing all this color,” explains the designer. No surface falls flat: The range hood is clad in board and batten, the paint finish on the cabinets is high gloss, and the grainy wood shines through the red-hot walls of the dining niche.

Despite how it may seem, minimalism did play a role in the project. “I’m a believer that less is more,” states Breer. Fresh millwork graces just about every room, but you won’t find tons of knobs and pulls on all the drawers and cabinets; instead the designer opted for oval-shaped inset handles. Plus it was a money saver. “Hardware is expensive when you add it all up,” she points out. The vintage-inspired sectional, a custom design by Breer that she has plans to one day sell on her website, was another functional decision. The Perennials fabric is practically indestructible, and the low, deep cushions are intended to be slept and climbed on by kids and adults.

In the vein of doing less, Breer covered the guest bathroom in a striped tile pattern, carrying the squares up the shower walls and down the side of the tub. The arrangement was subtly inspired by Union Station’s Fred Harvey Room, designed by Mary Colter, where the floor tiles take on the look of textiles. Breer carried the earthy pink tone from the main bedroom into the en suite with Roman clay walls, which were color-matched to coordinate with the large-format square floor tiles. “It feels like an updated West Coast take on the black-and-white checkered floor we had in our little prewar apartment in New York,” says Bowling.

Breer and her husband didn’t only have Chen and Bowling to appease throughout the process: Bowling’s mother played a hands-on role, despite being thousands of miles away, jotting notes on the design decks. “I respected her and my dad’s opinion because they built a house from the ground up,” says Bowling. “Most people I showed the plans to were like, ‘Whoa, that’s so much paint.’ But my parents were never like that. They got it.” 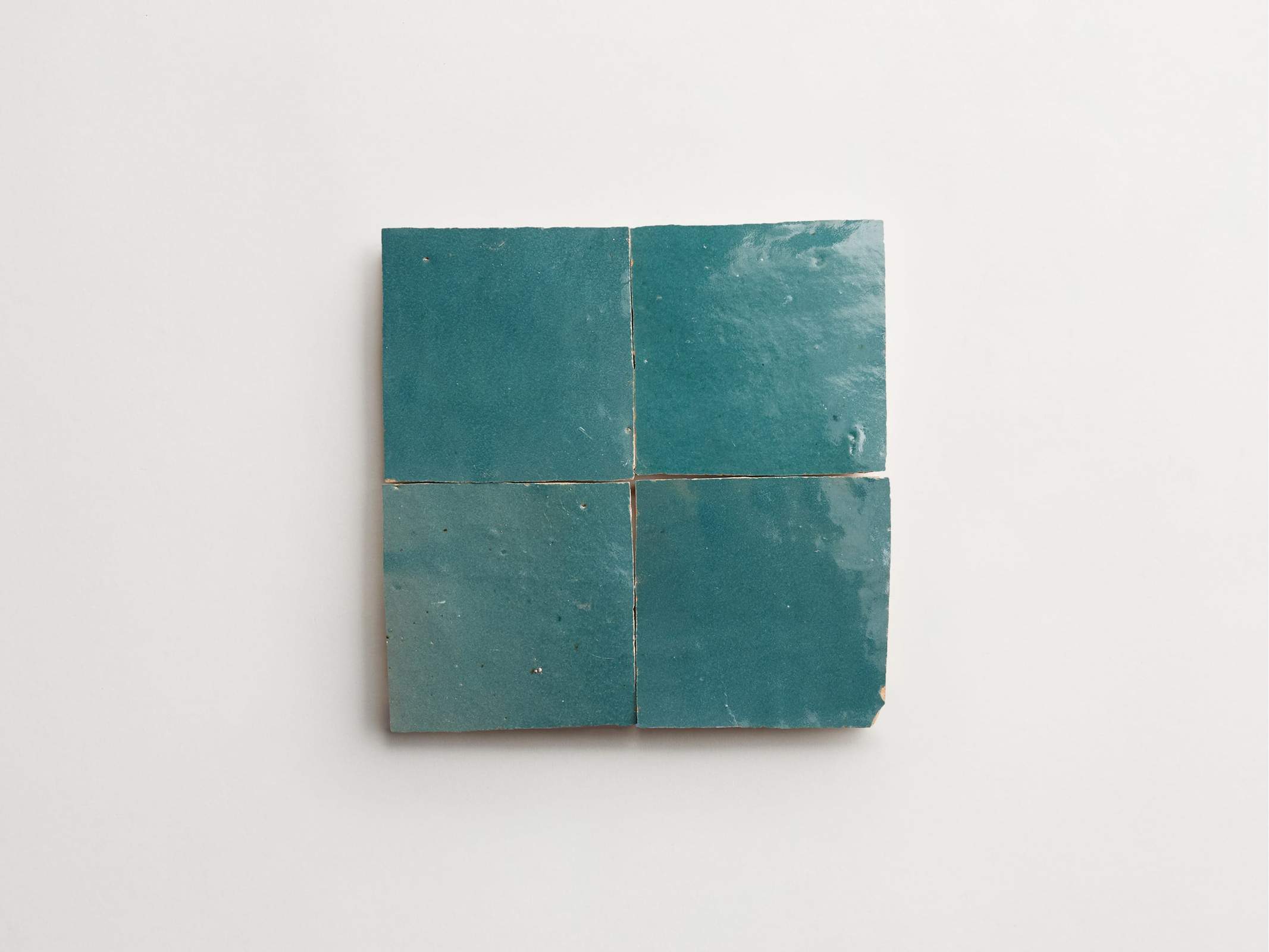 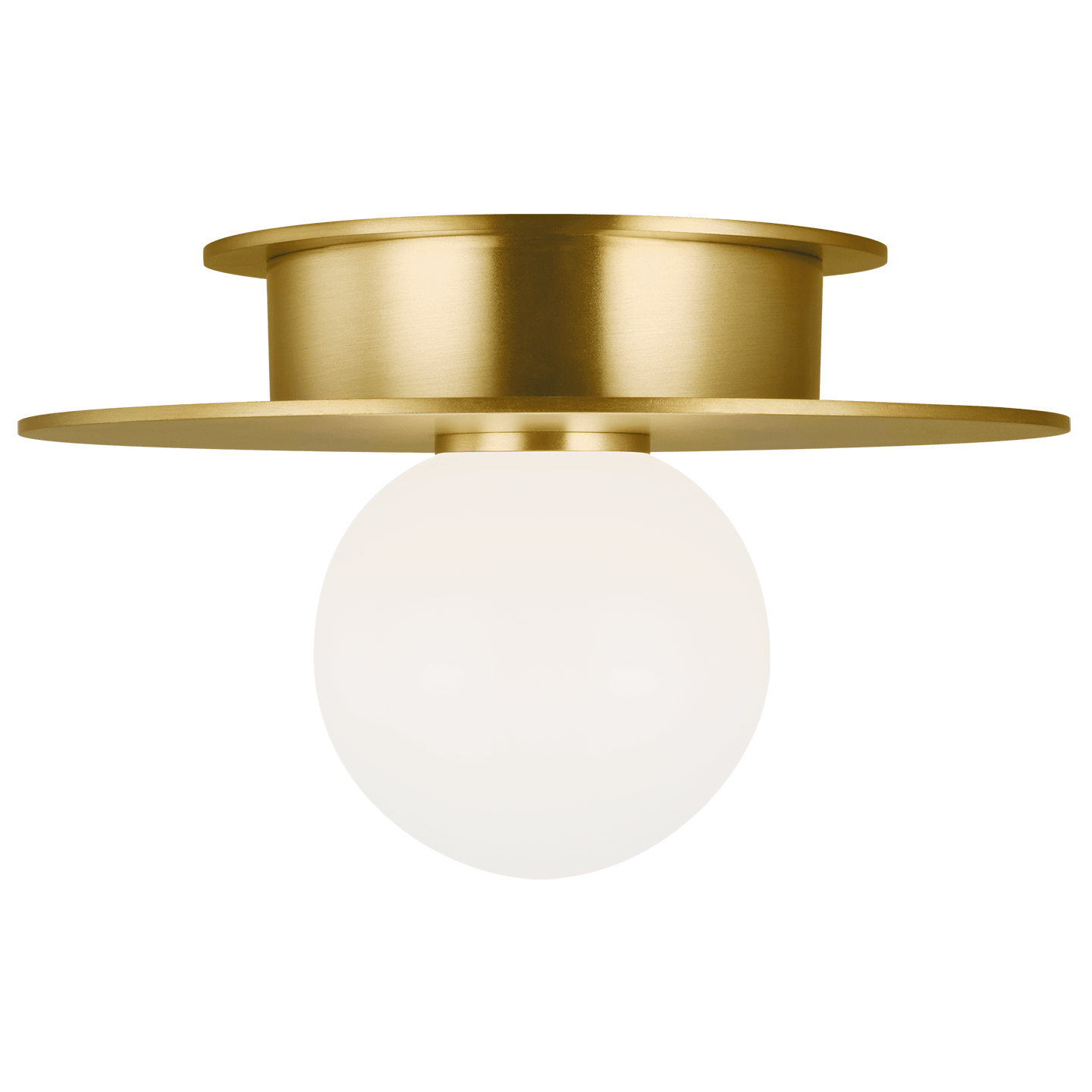 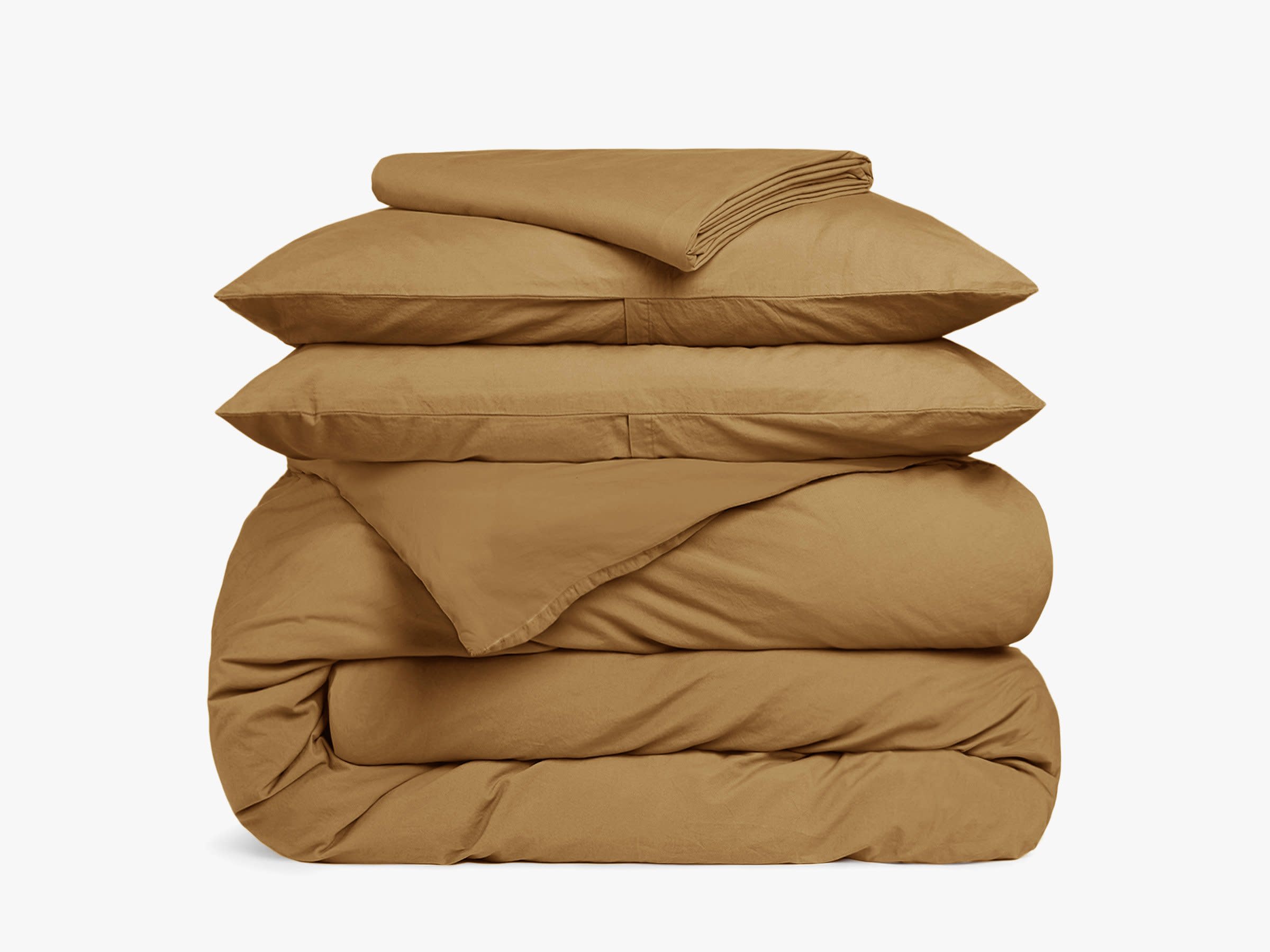 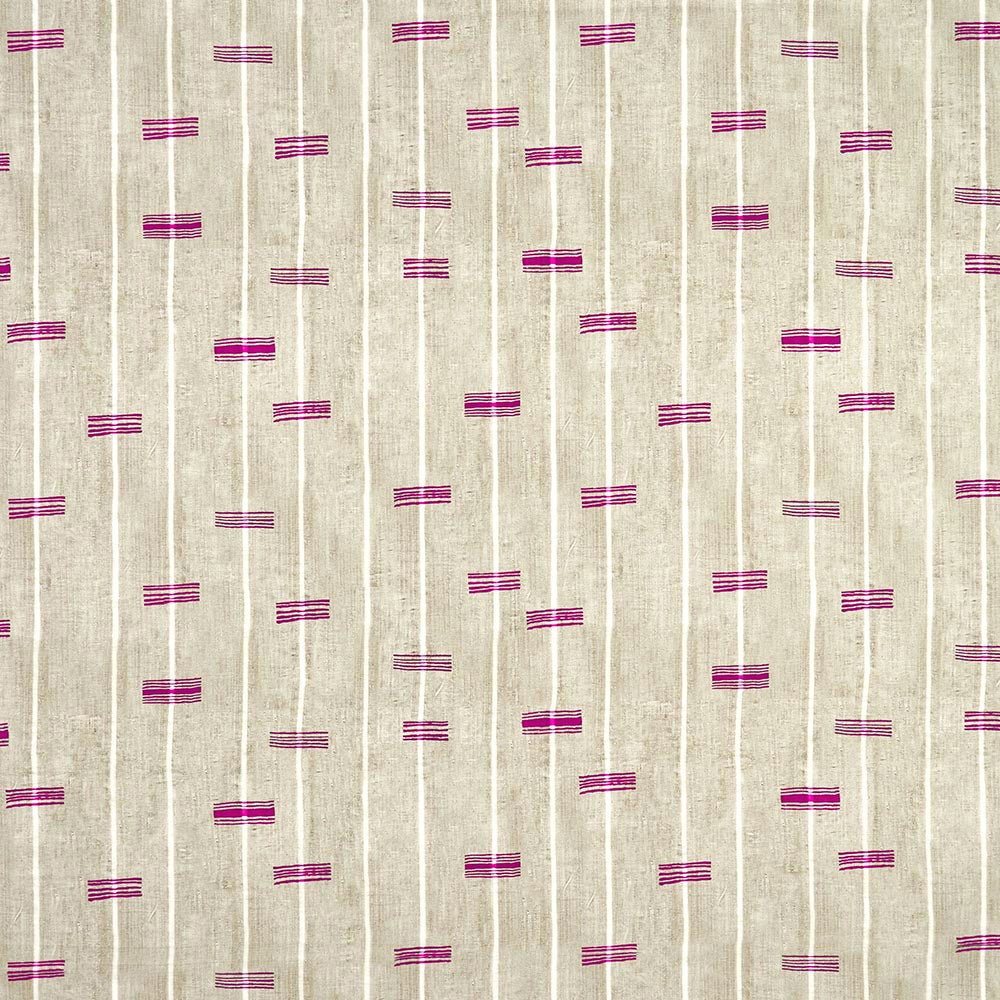 Object in my home that gets the most use: The table in the kitchen nook. I work from home right now, and this is where I normally park myself. I also hang out here while Andrew prepares dinner—he’s the chef in the family! —Bowling

Biggest splurge: All of our custom millwork, but the built-ins really went a long way in bringing character and charm back into our little 1920s bungalow.  —Bowling

A favorite local home store: Nickey Kehoe has a really special curation of everyday things, like beautiful waste-paper baskets and scents. The Bernard Meli candle it carries is bonkers. —Breer

One thing I wish I knew before renovating: How much we would be communicating with the team leading our project. The scope of decisions that had to be made was overwhelming at times, and we really relied on everyone’s particular expertise to guide us. —Bowling

I loved working with: Aaron Hauser. He built a lot of the very intricate millwork that we designed, including the breakfast nook table. —Breer

Nicest contractor I’ve ever met: My husband, of course. —Breer

Electrician and tile masters who can do no wrong: HighGround Los Angeles. These poor dudes had to retrofit a lot of very funky vintage light fixtures.  —Breer