The Indoor Plant of 2021, According to the Owners of Oakland’s BLK Girls Greenhouse

Plus how they keep 90-plus varieties alive (and thriving). 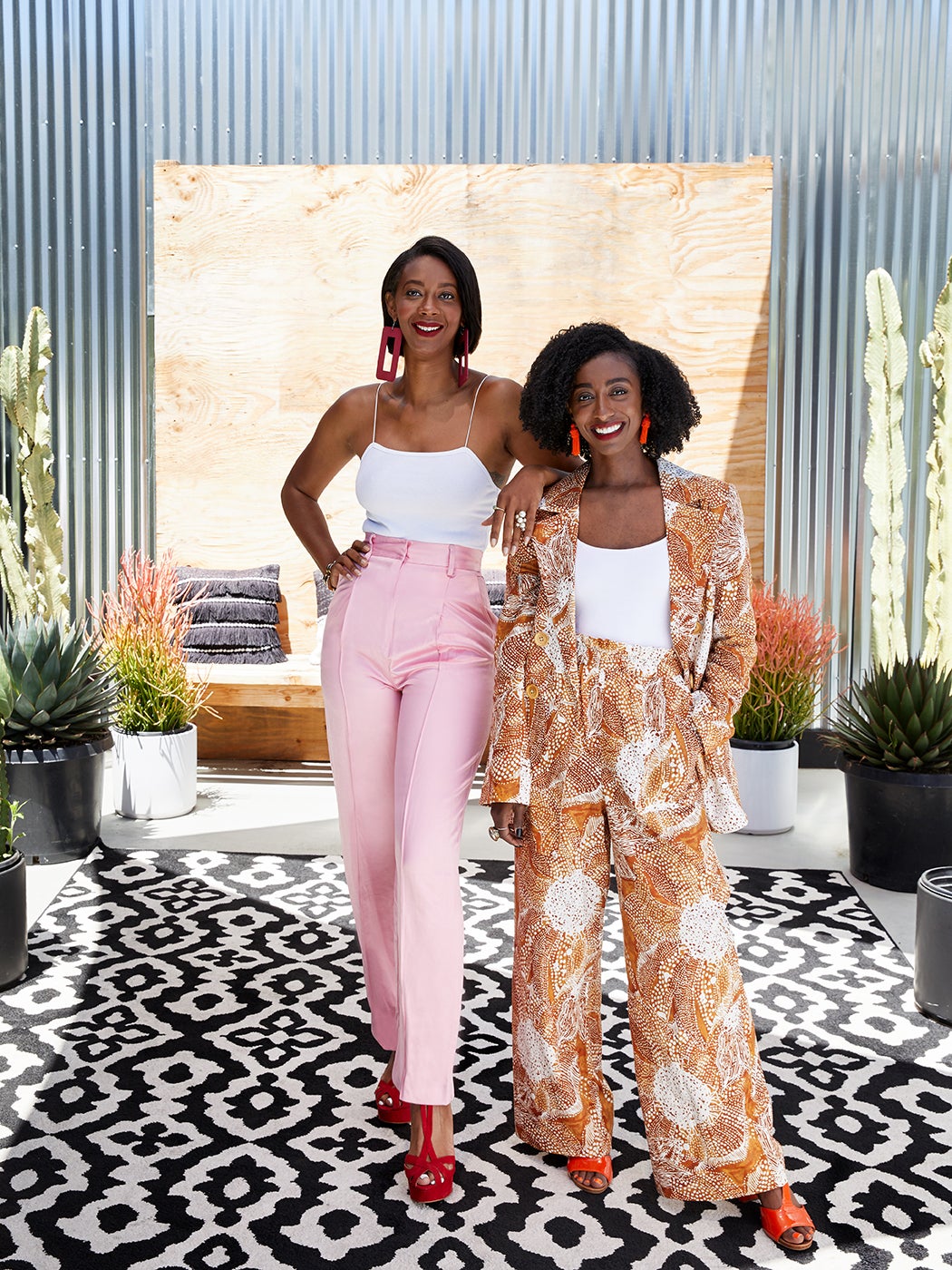 Finding that corner with optimal sunlight, the perfect pot, and the trick for guiding a little sprout to its full, wild potential—is there anything more gratifying than helping a leafy, living thing thrive? In our new Plant Parents series, we spotlight flora lovers and their tips and tools for raising happy, healthy buds and blooms.

J’Maica Thomas and Kalu Gebreyohannes nurture some 90 plants between them at home. But that’s nothing compared to the 200-plus typically on display at BLK Girls Greenhouse, the shop they opened together last November in Oakland, California. Alongside all that thriving greenery, the store—once a dilapidated, oil-stained mechanic’s garage—offers home goods by Black makers and garden-inspired beverages (like Blythe Coffee’s savory rosemary-and-honey–infused iced coffee). There’s also community space for art shows and a quarterly concert series and, more notably, room to refill hearts and spirits, says Gebreyohannes.

The friends launched a temporary open-air shop last August. The seed was planted shortly after Gebreyohannes had recovered from a (non-COVID-19–related) illness and the two friends went plant shopping for a pick-me-up. “We had a conversation in her living room around how much we enjoyed the experience, while also considering what it would look like if we put our own spin on it,” says Thomas. “What would it sound like, what kinds of products would we carry, how would we represent culture?”

BLK Girls Greenhouse wouldn’t be just about selling philodendrons and spider plants; they envisioned a gathering space for their Black neighbors struggling through the pandemic and the trauma of police killings, including those of George Floyd and Breonna Taylor.

“There was some intentionality of shifting the focus off the pain,” says Gebreyohannes. What is the opposite of that hurt and how could they show up in that way? “Plants are living beings, so putting together a space that offered them definitely felt like bringing that life and joy into the community, in addition to the other elements such as coffee, art, and music,” says Thomas. Still, when they opened their (short-term) doors for the first time, the pair was taken aback at the overwhelming response.

“We sold out on the first day,” says Thomas. “Then it happened the next day, then the next weekend.” Gebreyohannes, who was convinced friends would need to spin signs on the sidewalk to drive customers to the shop, was instead rushing to replenish the shelves and storing loads of extra plants in a spare bedroom at home.

Now at their permanent location a couple of miles away, BLK Girls Greenhouse receives twice-weekly plant deliveries. With plans from architect Hallie Chen of CAHA Design Studio and help from Berkeley-based Girls Garage, the women hustled to renovate the space in the span of a week. They laid new concrete, upgraded the electrical, scrubbed cobwebs from the trussed wood ceiling, and applied many coats of black paint.

A sleek black exterior fence wraps the storefront and their original gold-trimmed greenhouse from the pop-up, inside of which hang vintage photographs of their families. They removed the plastic mechanic’s signage from the metal framework above the old carport, lacing café lights through the slats to cast a warm glow. A mural by local artist Zoe Boston features cactus and monstera leaves woven around a Black Power fist, a nod to the Black Lives Matter movement. Beneath is a stream of roots and the words Rooted in Oakland. Above, the shop’s motto reads It’s a good time to grow.

On warm days (which fortunately are frequent in Oakland) the pair rolls up the old metal doors to let in the sun. We stopped by to ask them about their plant-filled upbringing, the It plant for 2021, and more.

On Growing Up Around Greenery

“I was obsessed with roses,” says Thomas, thinking back to the baby pink, fuchsia, and red blooms that she watched her great-grandfather meticulously tend to when she was a child growing up in Maryland. “When I moved out on my own and figured out how to decorate my space, I thought, something is missing; what else belongs in here?” she says. “I get it now. Plants are essential to my living space.”

Gebreyohannes’s father worked in agriculture, but she was initially mystified by her mother’s obsession with plants. “She’d be singing and talking to them,” she says. “They were everywhere, and I thought she was a little bit crazy at the time.” Her family, who migrated to Canada as refugees from Ethiopia when Gebreyohannes was a child, later came to realize her mother was making up inside for what she was unable to grow outside anymore.

While Gebreyohannes says her own plants don’t want her to sing to them, she plays them music instead—anything from Anita Baker to Lauryn Hill to Tina Turner. “My mom was so proud. She said, ‘I’m so glad you see the value in this.’”

With some 65 to 70 plants dotting her home (in addition to three children, ages 11, 9, and 7), Gebreyohannes prefers to streamline their maintenance whenever possible. She always styles them in odd numbers, as well as by “the type of care that they need (to the degree that I can), so I’m not running around,” she says. Plants that need frequent spritzing mingle together, as do those that require weekly watering.

On Pots That Glow

“I love gold, rose gold, and copper,” notes Thomas. “Anything with some shine.” BLK Girls Greenhouse carries hand-painted pots by Ultralight Dreams and The Joyful Jungle, which the duo suggest mixing among neutral clay planters to keep things budget-friendly. “Throwing in these unique pieces that have some color and pattern will really elevate your space. It’s another form of art,” adds Gebreyohannes. Or make your own. “You can buy a pot from Ross or Marshalls and get ceramic or porcelain paint (or spray paint) to go with it.” Whatever your method, unique containers are worth the investment, they say.

On Their Favorite Variety

For a minimalist space, the pair’s go-to plant is the ficus Audrey. It’s in the same family as the fiddle-leaf fig, says Gebreyohannes, but they’re drawn to this one’s simple lines, muted green hue, and pared-down leaves. “It offers some texture, but it’s not overpowering,” says Thomas.

On What They Wish Customers Would Ask

Thomas loves it when customers come in with photographs of specific spaces for which they’re plant shopping. Bonus points if they’ve done a bit of research at home beforehand. While some people hope to re-create an Instagram moment, says Thomas, the pair always asks them to think about their personal space’s environment first: “Let’s start with the kind of light you get and whether this plant will thrive and do well, and let’s find something that works for that,” explains Gebreyohannes. “Plants make you feel good, but like anything in life, things that make you feel good need to be taken care of.”