How to Pick the Natural Sugar Substitute for You

From agave to stevia, we decode the health benefits of each. 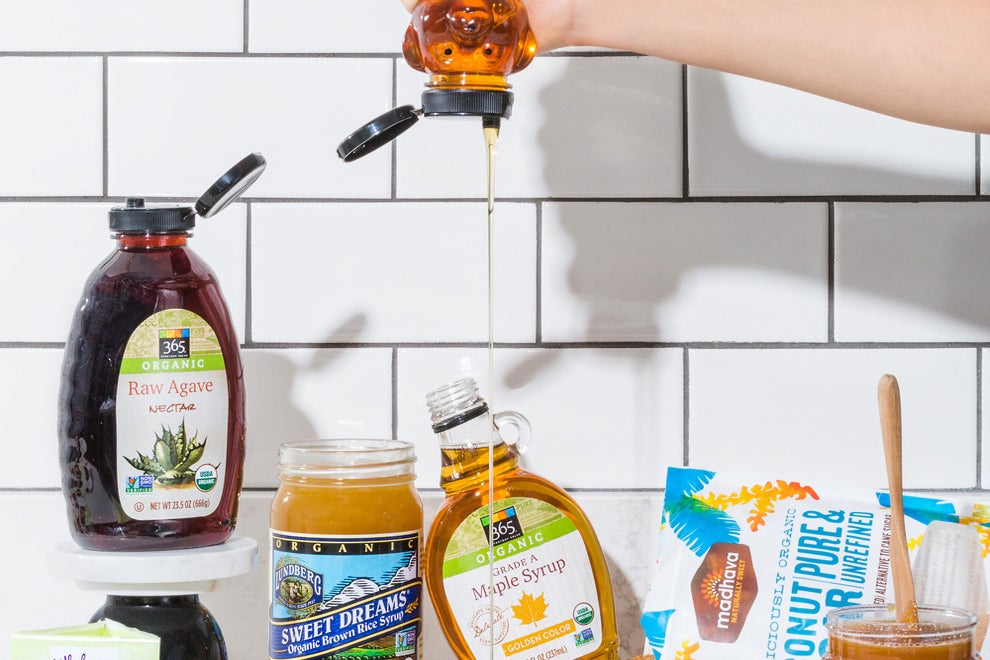 Ah, sugar: It’s been linked to so many health issues, from weight gain to diabetes, so it’s only natural you’d start to look for healthier alternatives. These days, the supermarket is filled with a number of additional substitutes that promise to deliver the sweetness you desire without the nasty health consequences. But how healthy are they, really?

Lauren Slayton, registered dietitian and founder of NYC-based nutrition service Foodtrainers, has the answers—but cautions against adding too much sweetness to your diet to begin with. “We say at Foodtrainers, ‘Sweet begets sweet.’ The more sweet you eat, the more you crave. Not only is this an issue for weight control, sugar is tied to almost every major disease,” she tells Domino.

But if you can’t resist the temptation of a sweet coffee treat or gooey dessert, know there are other options out there—you just have to be careful about the ones you’re adding to your life on a daily basis. “The most important things to consider are glycemic index and fructose content,” explains Slayton.

Glycemic index is a measure of how your body reacts to a type of food—and how much it raises your blood sugar. Spikes in blood sugar are related to diabetes and insulin resistance, and therefore can cause long-term problems. In addition, foods with high fructose levels can increase hunger hormones, and then are readily stored as fat.

Still confused? Don’t worry. Below, Slayton ranks the sweeteners from worst to best, and explains how to use them, should you still need a little pick-me-up.

While agave has garnered recent attention for being a “healthier” alternative, Slayton isn’t fooled. “To discuss agave, it’s important to consider the glycemic index—but the glycemic index only measures one sugar, and that’s glucose,” she says.

“However, it is the fructose content of sugars we should really be concerned with (think high fructose corn syrup). Agave nectar is 84 percent fructose, and for this reason, I don’t recommend it. It will only make you hungrier.”

“In general, sweeteners higher in glucose are preferred to fructose,” says Slayton. “Fructose places a strain on the liver, as it’s only metabolized there. But while brown rice has a very low fructose content, it is extremely high on the glycemic index. This means it spikes your blood sugar. What goes up must come down—and when it does, your blood sugar will crash.”

Another concern with brown rice syrup? Arsenic. “It’s a contaminated crop,” says Slayton. “And the arsenic content still makes its way into the syrup, so I wouldn’t recommend it for my family.”

While often touted as being a natural choice and full of fiber, Slayton still has her reservations about dates. “The issue with dates is that they’re so sweet for the amount that people eat—I always use the example that you would never eat two bunches of grapes, but think nothing of a handful of dates or raisins.”

Dates are a mix of fructose and glucose—and are not as high in fructose as agave is. However, despite being a low glycemic food, the amount people eat is what troubles Slayton. She says, “As a sweetener in smoothies or something, it’s fine. That’s way better than eating them plain—the fiber helps digest the sweetener.”

Although Slayton is fine with maple syrup in small doses, she cautions that only pure maple syrup be consumed (no adulterated versions like Aunt Jemima, basically). With a glycemic index of 54, it’s pretty average on the scale—and does have a good amount of trace minerals and antioxidants.

“It’s unprocessed, doesn’t raise your blood sugar as much, and doesn’t have the fructose content that agave does—so that’s good. I would say it’s acceptable,” says Slayton. “But the thing is, sugar still ties to every major disease. Any of these sweeteners are pro-inflammatory, so they can affect brain health, heart health, our joints, etc. We still can’t green light that, but small doses are okay.”

If you’re going to have honey, Slayton insists on having it raw. “Raw honey is essentially unprocessed honey, and it should be organic as well,” she says.

“From a sweetness perspective, honey is really interesting in terms of some of the enzymes that are in it, and also in terms of its effects—because it comes from bees—in terms of allergies. It’s a processing issue,” says Slayton. “Something that’s pasteurized or heated is not going to be identical to what it was in the beginning.”

A glycemic index of around 30 percent (glucose) and 40 percent fructose therefore leaves raw honey a super healthy option—but watch out, because processing can easily bump up that glycemic index to around 60, and strip the honey of its healthy properties.

“Like maple syrup, coconut sugar has minerals and antioxidants not found in white sugar. But coconut’s claim to sweetener fame comes from its prebiotic content—it contains inulin,” explains Slayton. “Prebiotics fuel probiotics, which help decrease sweet cravings. I am not suggesting you actively add coconut sugar to your diet to get prebiotics, but if you’re looking to upgrade your ‘white stuff,’ this is an option.”

In addition, the glycemic index of coconut sugar is super low (35 on a scale of 100)—although it does have an equal amount of (low) fructose. This makes it a way healthier option in terms of sweetening up your coffee or baked goods.

One of Slayton’s favorites, stevia is derived from the plant of the same name. It essentially has a glycemic index of zero, and also contains no fructose.

“Stevia is far sweeter than sugar, so you use very little,” says Slayton. “I suggest the liquid formulations (Nunaturals is a favorite brand) if you find the taste odd. But unfortunately, stevia doesn’t taste as great as maple syrup!”

Another favorite of Slayton’s, monk fruit is a fruit grown in Asia that has both glucose and fructose in its whole form, but the juice used to create the sweetener does not. Essentially, the final sweetener contains zero glucose or fructose, and instead gets its sweetness from unique antioxidants called mogrosides—that also have anti-cancer properties.

“I wouldn’t use your sweetener to meet your mineral needs or approach your health issues, but I do think it’s something that’s promoting our health versus damaging it,” Slayton says. Although monk fruit has yet to hit widespread prominence in the US, Slayton insists you can find it in the sweetener aisle at many large-chain grocery stores—just make sure you’re getting the unadulterated version.

How Ayurveda Can Change Your Life
Your Guide to Decoding Grocery Store Labels
Milk Substitutes 101: What to Use and Avoid