The Great Gatsby director’s Australian estate is every bit as lavish as one of his films. 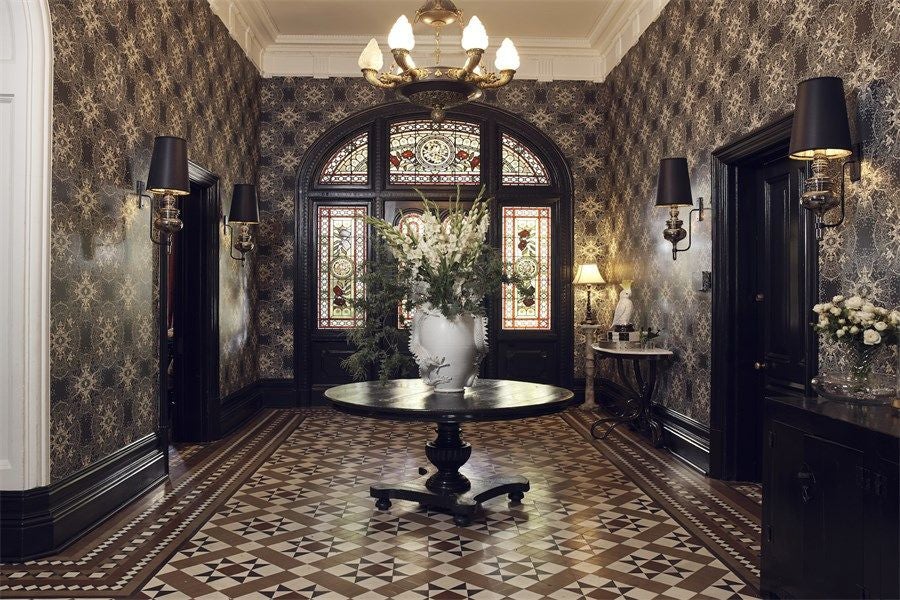 Luhrmann and his wife Catherine Martin are selling the 29,000 square foot Sydney mansion to plan for a move to New York City.

The 9 bedroom Italianate manor (nicknamed “Iona”) was originally built in the 1880’s and was once a residence to both the Lord Mayor and a private psychiatric hospital.

The stylish couple first bought the estate—which features a gym, conservatory, and oversized heated pool—in 2006 and covered it with extravagant custom wallpaper and carpeting designed by Martin, herself.

A white-themed master suite includes a separate lounge area and old-school fireplace, as well as a massive second-floor balcony.

In addition to offering its own library and “memorabilia room,” the abode served as the headquarters of the duo’s Bazmark Production company.