Are People in Open Relationships Happier? 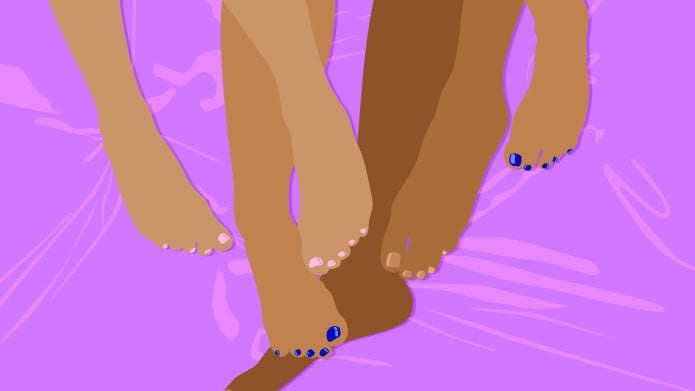 Maybe being surrounded by polyamorous and other consensually non-monogamous relationships makes me biased, but I find that my non-monogamous partners and friends are generally happier than everyone else. Sure, polyamory is difficult and complicated, but the challenges have their rewards, at least in my experience.

I’ve found that people in polyamorous relationships are better communicators, better at identifying and expressing their feelings and excellent conflict managers. Although no one is perfect in relationships, non-monogamists are, in my experience, better than monogamists at dealing with the challenges of relating to others in all sorts of contexts, including sexual, friendship and long-term partnerships.

But that’s all it is: personal experience. As scientists often say, the plural of anecdote is not data. Is my perception of polyamory happiness accurate? Or is it just a matter of chance, of my falling into a particularly positive community of well-practiced non-monogamists who know what they’re doing? To find out, I’ve looked at the research psychologists have published about non-monogamy, which is, thankfully, booming, along with public awareness.

Happiness is an especially slippery concept in psychology. The idea of subjective well-being is only one facet of happiness; other scientists talk about meaning, flourishing, gratitude, character strengths, self-regulation and a host of other factors.

So discussing happiness differences between groups can get really complicated. However, an excellent review by Alicia Rubel and Anthony Bogaert suggests that on the whole, non-monogamous people are just as happy as monogamous people. Apparently, swingers score a little higher on some elements, like excitement and novelty, as well as a feeling of social connection and closeness.

According to the same review, consensual non-monogamists drink less, are less likely to use drugs and are more likely to report higher happiness levels.

What about their relationships?

One of the myths about consensual non-monogamy is that it’s a way for people to deal with an unhappy relationship; similarly, some people think that polyamory, by itself, is asking for trouble and leads to separation and divorce, even if it was started under happy circumstances.

The Rubel and Bogaert review reports that most non-monogamous people are just as or more sexually satisfied than monogamists. Interestingly, many non-monogamists say that engaging in extra-dyadic (“outside the couple) sex has improved their primary couple sex life as well.

As far as longevity goes, the evidence is difficult to interpret. Some studies show that non-monogamists are just as committed as monogamists; others say the opposite. Because studying relationship longevity is more complex than a “snapshot in time,” the information is less conclusive. However, most studies show that there is no significant difference between monogamy and consensual non-monogamy when it comes to longevity, commitment, separation and divorce.

Are there any benefits to monogamy that are missing in polyamory & vice versa?

Ask a polyamorist what they get out of their relationships, and you’ll often hear things like “personal growth and development,” “variety of partners and experiences” and “getting all my needs fulfilled by different people.”

On the other side, monogamists will say they get benefits like more frequent sex, safety from sexually transmitted infections, more durable commitment and a better environment for children. However, an article by Terri Conley, Ali Ziegler, Amy Moors, Jes Matsick and Brandon Valentine suggests that all these things are not exclusive to monogamy. The only perceived benefit of monogamy is that of moral superiority: In a mono-normative culture, engaging in open relationships, swinging or polyamory carries the risk of being seen as immoral. In other words, the only benefit of monogamy, at least with the evidence we currently have, is that it’s the default relationship style, which means you don’t risk social ostracism, especially in more conservative or religious communities.

Do what works for you

So what does all this evidence say? That whatever you prefer you will be happiest in. No relationship type is inherently superior to the other. The only issue with monogamy is that we often engage in it without thinking about what it means because it’s the default. The benefits that consensually non-monogamous people get are often just derived from their ability to talk about it and to work things through together. In fact, this is where monogamists have the most to learn: how to stop making assumptions and to engage in conscious, deliberate relationships.

This story was originally published by Annabelle Bernard Fournier on SheKnows.

How to Survive the First Year of Marriage Without Losing Your Mind A Modern Matchmaker Solves All Our Dating Dilemmas Pucker Up: Your Guide to Soft Lips and Fresh Breath