One of New York’s hottest designers shares her design tips, secrets for success, and inspirations with Domino—mainly, her love of curtains. 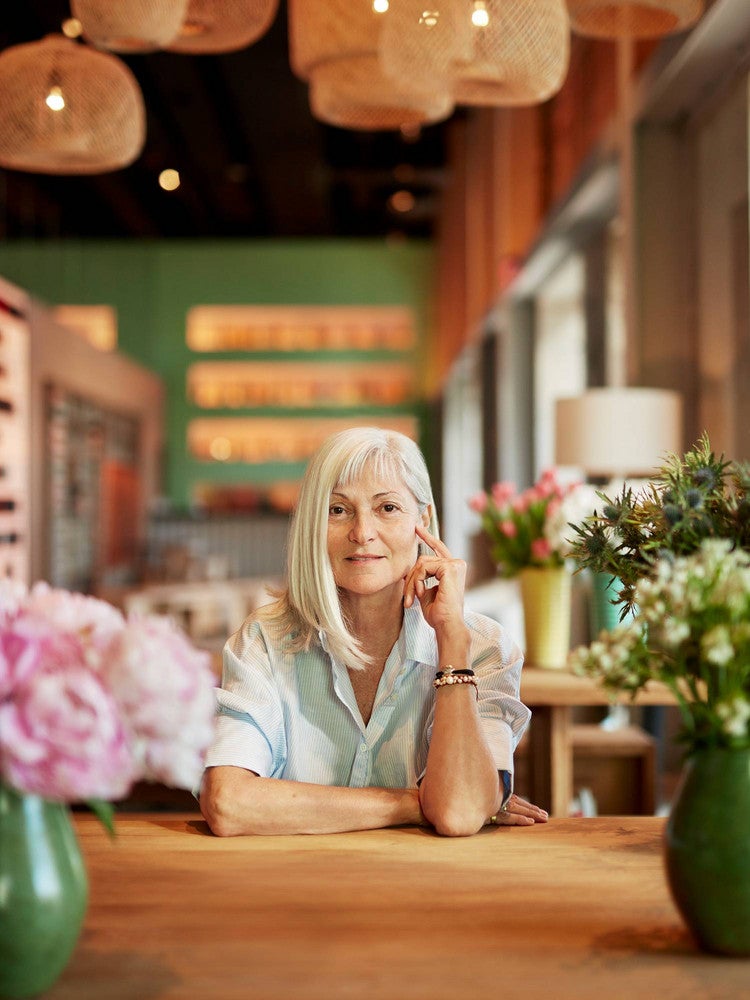 The Romanian-born designer Anda Andrei got her start in the hospitality world over three decades ago working for visionary hotelier Ian Schrager. Soon, she was his right hand woman and helped him shaped the hospitality industry at tony boutique properties like the Royalton (alongside Philippe Starck), Gramercy Park Hotel and Delano and more current projects like the Public Hotel in Chicago and the Edition Hotel in London. Now, Andrei is putting her own minimalist stamp on the hotel scene with several of her own new projects in New York City.

The two hotel projects in the Tri-State area opened this summer to much fanfare. The first, the Asbury Hotel, Asbury Park’s first hotel in 50 years has been credited with the revitalization of the New Jersey seashore. The chic new waterfront property from the iStar development group is operated by hoteliers David Bowd and Kevin O’Shea of Salt Hotels—you know them from The Chequit on Shelter Island and Salt House Inn in Provincetown—offers 110 beautifully beachy guest rooms decorated in a natural palette with pops of cheery colors.

Next up, Andrei will tackle a landmark mixed-use hotel/condominium/retail building, also in Asbury Park called 1101 Ocean which will debut as one of the tallest buildings along the Jersey Shore (this redevelopment includes Asbury Lanes, the legendary music and bowling venue).

Andrei also served as creative director for real estate mogul Aby Rosen’s 221-room project in SoHo, 11 Howard (also the home to the city’s hottest restaurant Le Coucou and lounge, the Blond). In partnership with interior designers Signe Bindslev Henriksen and Peter Bundgaard Rutzou, the team behind the Danish architecture and design studio SPACE Copenhagen, Andrei crafted the hotel (from the guest rooms to the common areas and lobby) to infuse the Danish design tradition, creating a meticulous, modernist, and timeless environment for this new downtown destination. “We wanted to create an instant classic—a place that will get better with time, no gimmicks, no tricks,” says Andrei. “The beauty of Danish design mixed with the essence of old SoHo New York.”

Throughout these projects, Andrei maintains a warmth, integrity and authenticity in her designs; everything has its purpose and place—nothing is done for show. We chatted with the New York City-based designer to find out what makes her tick.

What are your current inspirations?

“It all depends on the projects. Sometimes it is paintings and photographs, sometimes it is my travels and new places I discover, and sometimes it’s an article that opens a window in my imagination.”

How do you stay fresh and flush with ideas?

“Having an open dialogue with creative young people, and with people from other professions and backgrounds to understand all different wants and likes. I like to stay curious and learn from people around me. It is about keeping an open mind to the always-changing world around.”

What themes run constant throughout your designs?

“Design should be with a purpose. It should not be done for the sake of design. Authenticity is must; it’s the soul of design.”

How would you describe your aesthetic?

“Personally I am more attracted to minimalist aesthetic in spaces, but in my work it’s the warm, cozy, and joyful feeling of a space that I find the most important. There is always tension between these two moods.”

What’s the most important advice you would give to a client about to start a project?

“Hire the right professional, and trust them! Define and explain your vision to make it crystal clear, and then get out of the way and let them do their job.”

“Curtains! Airy curtains, rich shiny velvet curtains, ethereal curtains, dreamy curtains, lush and plush curtains. I am inspired by the magic of the world behind veils.”

“I don’t have one. It changes with the project. Sometimes being in front of a computer is the best and sometimes being back touching yellow tracing paper.”

What’s the most valuable lesson you’ve learned along the way?

“Never take no for an answer and always challenge yourself to make the next project better than the last one.”