How this superhost stretched a $65,000 loan into a full-fledged business. 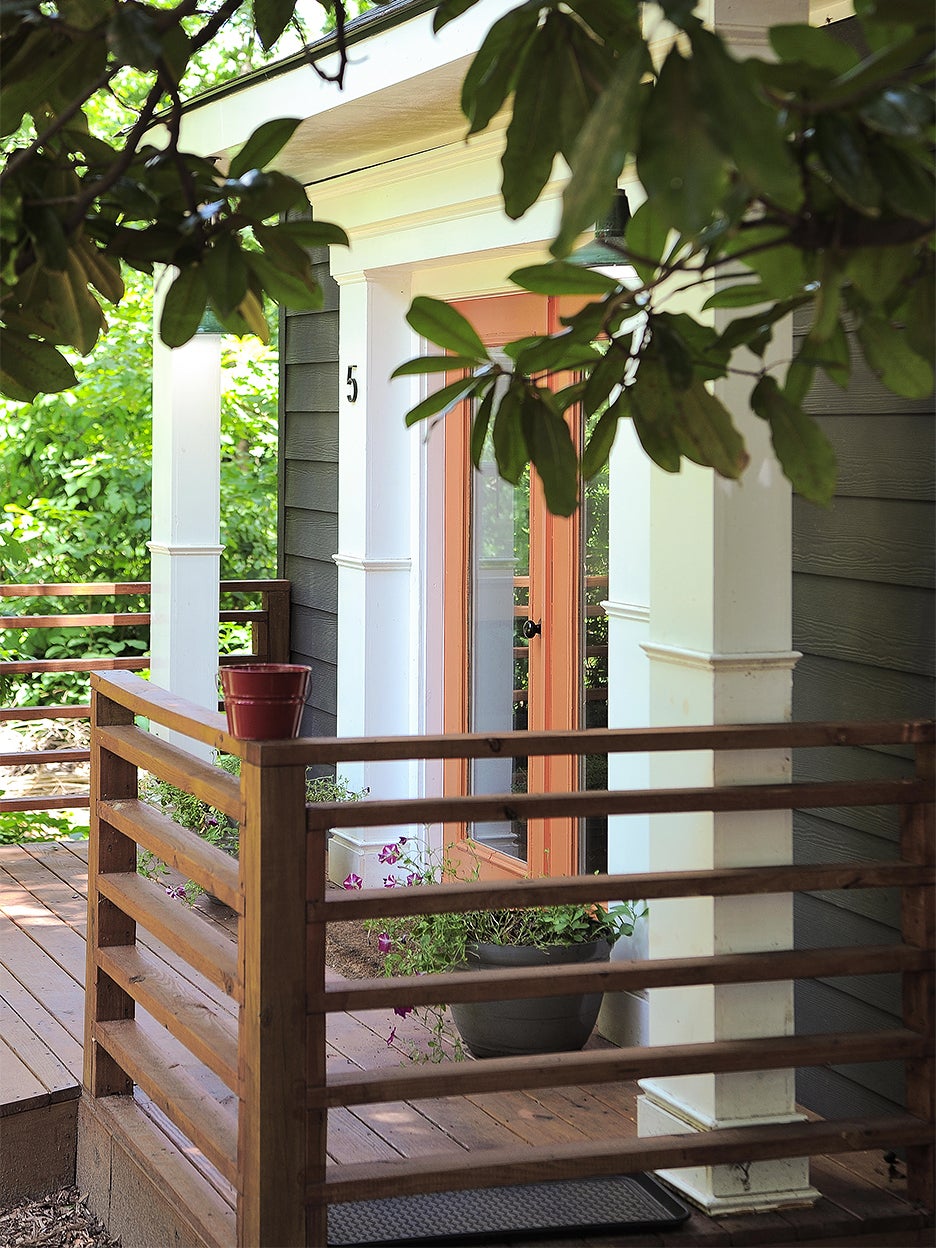 When your spouse goes on vacation, leaving you at home alone, you might jump at the chance to put whatever you want on the TV or leave dirty dishes sitting in the sink for a few more days than you normally would. But when Darrel Maxam’s wife, Patrice, went on a week-and-a-half-long trip, he didn’t just sit around. He took the last $16,000 he had saved up and turned a 16-by-16-foot shed into a getaway retreat. “Electrical, plumbing, tiling—I did all the work,” he says.

At the time, the couple already had one tiny Airbnb unit on their woodsy plot in Atlanta, which had proven to be a success (within a week of listing it, three months of weekends were booked). Still, Patrice was skeptical that they could make a living from building and managing unique rentals. “But when she came back and saw we had two places generating $2,500 a month, her brow started to raise,” recalls Darrel.

Darrel’s love for building began in New Haven, Connecticut (his family moved there from Jamaica when he was 6 years old). “One of my fondest memories is driving by the Yale School of Architecture,” he says. After securing a marketing and visual arts degree, serving in Afghanistan, getting his master’s in construction management, and later an MBA, Darrel and his family moved to Georgia and bought a piece of land. With a personal loan of $65,000, they built their first Airbnb on the property to help pay their mortgage and paid said loan off in just 18 months, only to reinvest their earnings in more rentals. Today the couple own seven Airbnbs, most of them tiny homes or treehouses, four of which are Airbnb Plus listings—including that barn he secretly flipped when he could have been bingeing Netflix. Ahead, the superhost shares his tips for success.

For every rental they build, Darrel and Patrice start by figuring out how fast they want to be able to pay off the construction expenses. For example, they spent $120,000 on building their treehouse, not counting Darrel’s labor, and decided they wanted to have it paid off in a year and a half (similar to their first Airbnb). “Those numbers come out to charging guests $400 on average per night,” he explains. “That’s the secret sauce.”

The Hook for Guests

His advice for any novice rental owners: Design from the heart. “If you loved the flower power era in the ’70s, don’t be scared to put that in the listing,” he says. “People are dying for different.” Guests have already decided against staying in a regular hotel, so use that to your advantage and give them a novel experience (like a tiny house, shed, or Airstream).

Darrel also differentiates his spaces (and saves money in the process) by repurposing reclaimed materials from Habitat for Humanity or construction sites in the Atlanta area. “I’ll go to a contractor and say, Hey, all this is going to the dumpster, mind if I pick through it?” he says. It can be anything from 150-year-old planks of wood that have been painted over a million times or boards that can be preserved using the Japanese process shou sugi ban.

If you’re interested in having multiple listings, Darrel recommends building them all in close proximity. All of his are located on 2.5 acres, with 600-plus massive oak trees providing privacy from the street and each house from the next. “Things break,” he notes. In other words, it’s not such a pain to fix a leak in one house and then touch up some paint in another listing late at night. Darrel also relies on local handymen so he doesn’t get up-charged for travel. “If you accumulate a $300-limit service fee because they have to drive far, it negates your earnings for the weekend,” he explains.

The Day in the Life

Darrel considers July 12, 2019, the moment retirement began (it was the day he quit his full-time corporate job and invested in managing his rentals full-time). He was 35 years old and had five listings then. “I’m able to get up in the morning and cook pancakes for my daughters when they don’t want to go to day care,” he says. “It’s allowed me and my family to slow down and enjoy one another.”